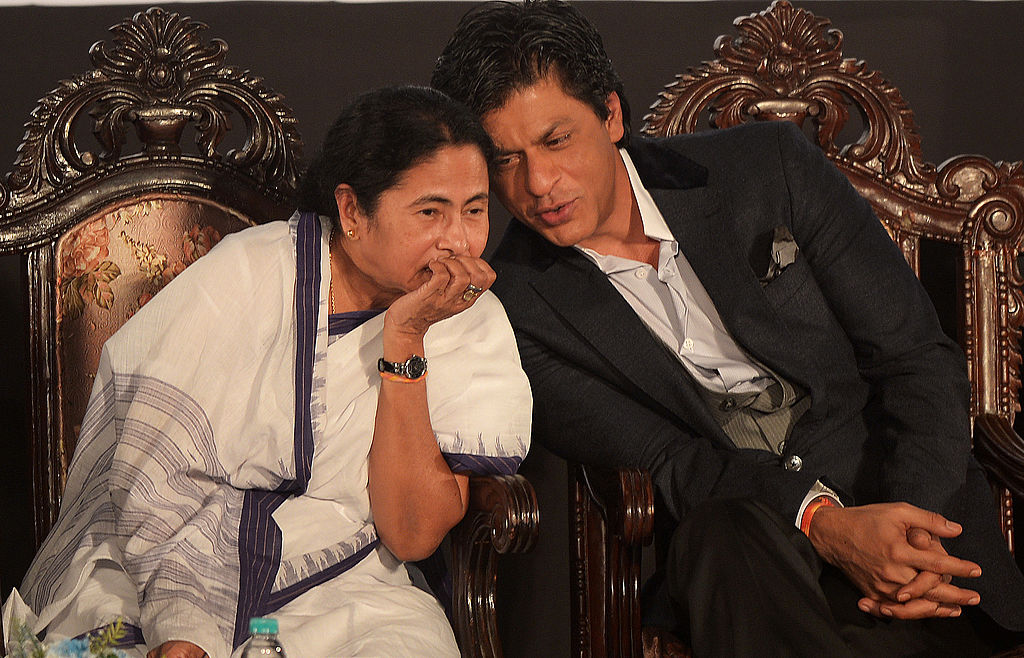 MAMATA Banerjee, the chief minister of the eastern Indian state of West Bengal who has emerged as one of the major anti-Narendra Modi faces in the country ahead of the 2024 general elections, on Wednesday (1) lashed out at the ruling Bharatiya Janata Party (BJP) in Mumbai over the “victimisation” of Bollywood actor Shah Rukh Khan.

She also attacked the saffron party as a “cruel and undemocratic party” and underscored the need for unity and sought advice and guidance for the upcoming battle against it.

As a part of my Mumbai visit, today I met with several prominent members from the civil society. I celebrate their unparalleled contribution towards taking our society ahead and remain eternally grateful to them!

Sharing a few moments from the event… pic.twitter.com/GhnKdqRHtp

Banerjee, who defeated the BJP in her state elections earlier this year despite the latter mobilising its top faces, spoke in front of a huge audience in India’s financial capital that included political leaders, social activists and former judges of high courts and celebrities.

Film director Mahesh Bhatt called Banerjee a “ray of hope” and said, “The story of India is too vast and diverse to reduce it to one narrative. The story of plural, diverse and tolerant India has to be that. How are going to protect liberals from the goons of the right wing?”

Responding to the veteran filmmaker, Banerjee, who leads the Trinamool Congress, said, “India loves manpower not muscle power. We are facing a cruel undemocratic party the BJP. If we are together, we will win.

“Mahesh ji (film director Mahesh Bhatt), you have been victimised, Shah Rukh Khan has also been victimised. If we have to win, we have to fight and speak out wherever you can. You guide us and give us advice as a political party.” It may be mentioned here that Khan became the brand ambassador of Bengal in 2012, a year after Banerjee became the chief minister for the first time.

Recently, Khan’s son Aryan was arrested in connection to seizure of banned drugs on board a cruise vessel off the coast of Mumbai and he was granted bail after weeks.

Banerjee, who was in Mumbai for a three-day visit, met top political leaders from the ruling Shiv Sena and Nationalist Congress Party and was accompanied by poll strategist Prashant Kishor.

She said a bridge between Bengal and Maharashtra is clear and invoked Bengal’s iconic bard Rabindranath Tagore and his poem on Maratha warrior king Chhatrapati Shivaji.

Banerjee’s TMC, which has been a regional party, has been trying to expand its wings across the nation of late by reaching out to states like Tripura, Goa, Uttar Pradesh, among others.