Shakti: Clash of the movie titans 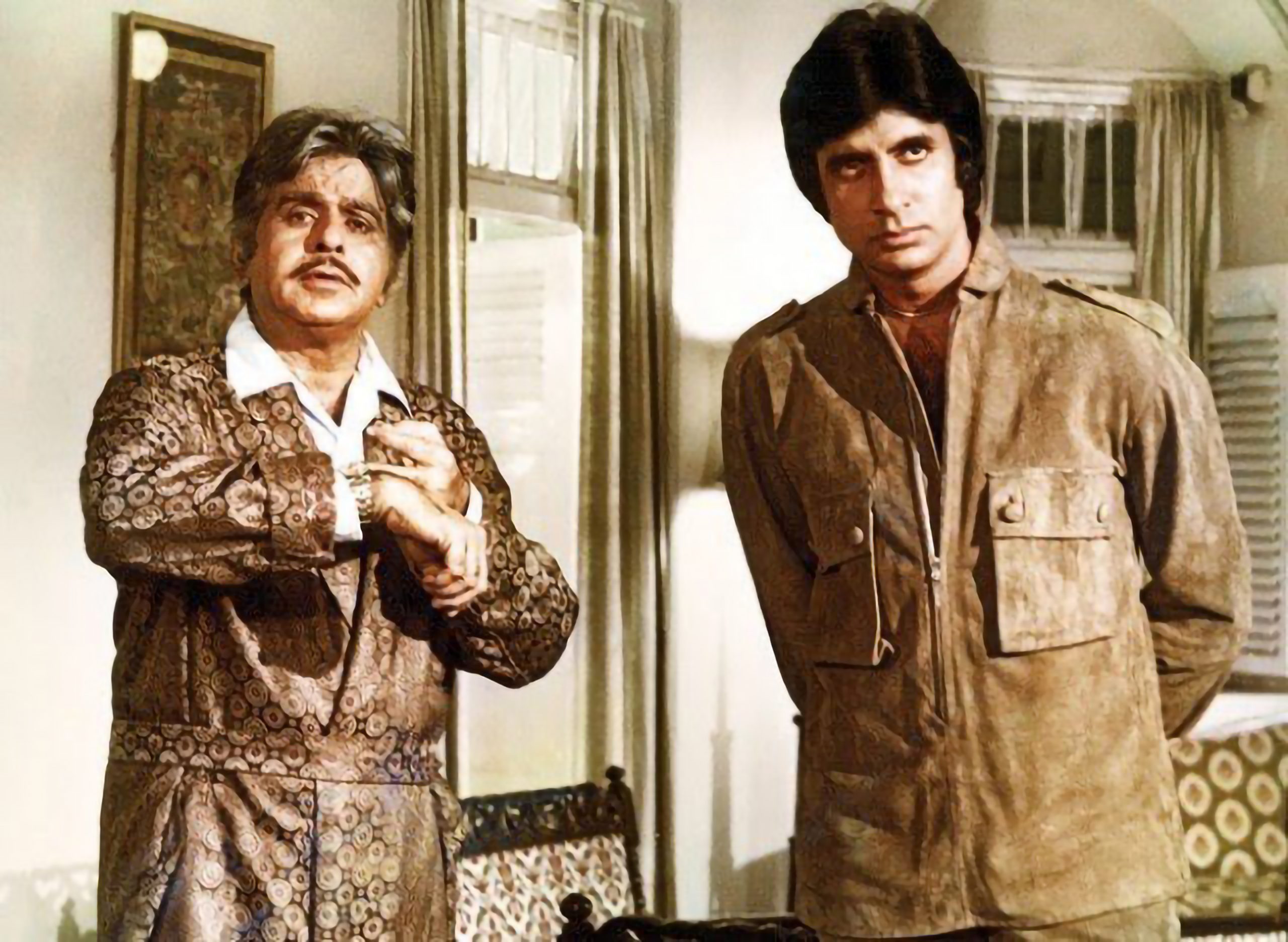 LEGENDARY crime thriller Shakti will always be remembered for bringing together Bollywood’s biggest two stars Amitabh Bachchan and Dilip Kumar on screen for the only time.

Powered by the tagline, ‘clash of the titans’, the grand movie released on October 1, 1982, and has since gained iconic status. The Ramesh Sippy-directed drama about a dedicated police officer going on a collision course with his criminal son marks its 40th anniversary this week.

To celebrate the occasion, Eastern Eye presents 21 interesting facts connected to the classic, including its connection to a major 1995 Hollywood blockbuster.

1. Shakti was launched in 1977 and took five years to complete. The shoot was stalled because director Sippy wanted to complete his Bachchan-starrer Shaan (1980) first.

2. The story of Shakti was inspired by 1974 Tamil action drama Thangappathakkam. Incidentally, 1982 also saw the release of successful Jeetendra-starrer Farz Aur Kanoon, which was also a remake of the same film.

3. Dilip Kumar wanted the story to be about two brothers rather than a father and son, but the writers convinced him otherwise.

4. The film’s muhurat (launch) saw a scene being shot of Bachchan landing from a helicopter to talk to Dilip Kumar. This scene was not used in the final cut but created a great buzz.

5. Raj Babbar was the original choice for Bachchan’s role, but he was replaced for commercial reasons. Interestingly, Babbar was also removed from Bachchan-starrer Namak Halaal, which also released in 1982.

6. Kumar and Bachchan were earlier expected to star in a movie called Aag Ka Dariya, directed by Yash Chopra, for Shakti producers Mushir-Riaz (it is claimed that Shakti was the same film).

7. Neetu Singh was the original choice for Smita Patil’s character. She left due to the film taking so long to shoot and stepping away from acting after getting married to Rishi Kapoor in 1980.

8. Shakti was Patil’s official foray into mainstream commercial Bollywood. Before this film she was known for acting in arthouse cinema.

9. Rakhee Gulzaar was five years younger than Bachchan when she was cast as his mother in Shakti, and after having portrayed his love interest in multiple films. She was convinced to do the role because it was a chance to work with Dilip Kumar.

11. There are striking similarities between Shakti and Hollywood film Heat (1995), which released 13 years later. This includes Heat bringing together two legends for the first time on-screen (Robert De Niro and Al Pacino), the near-identical climax sequence and a hugely impactful dinner scene.

12. Legend has it that during the climax scene, Bachchan missed the cue from the director as he was so in awe of his idol Dilip Kumar.

13. In a 2013 interview, Dilip Kumar said he greatly admired Bachchan when working with him and was impressed at how he added weight to scenes that had minimum or no dialogues. He remembered telling director Sippy that Bachchan was an actor who understood the secret of acting for the camera.

14. A scintillating scene in which a long lecture by Dilip Kumar is cut short by Amitabh Bachchan with a one-liner was edited out of the final cut.

15. Bachchan was supposed to have four pages of dialogues for the death scene of Rakhee, but successfully convinced the director and writers it should be done in pin-drop silence.

16. The film was written without any songs, which was unheard of then. Producers Mushir-Riaz were convinced to have a four-song soundtrack by RD Burman, which helped elevate the movie. A fifth song was recorded but not picturised due to Bachchan’s accident on the sets of Coolie (1983).

18. Bachchan was in hospital when the film released after a near fatal accident on the sets of Coolie (1983). Patil, who also worked opposite him in Namak Halaal in the same year, had a dream about him seriously injuring himself, which she told him about before the horrific incident.

20. The film’s producer Mushir Alam was abducted on the eve of the film’s release and a ransom was demanded. Dilip Kumar along with the police made efforts to have him released. Riaz’s production manager turned out to be one of the conspirators.

21. 1982 turned out to be a golden year for both lead stars of Shakti. Dilip Kumar headlined the year’s highest grossing movie Vidhaata, which was an interesting role-reversal, as he played a criminal character going up against his grandson played by Sanjay Dutt. The same year Bachchan gave hits with Namak Halaal, Khud Daar, Satte Pe Satta, Bemisal, and Desh Premee.