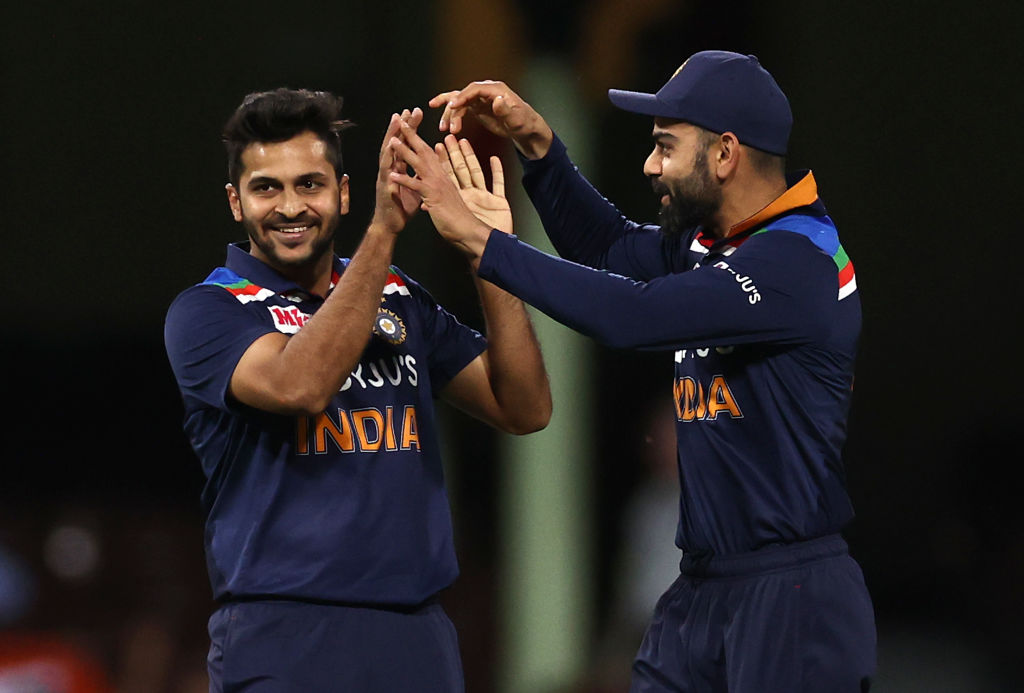 ALL-ROUNDER Shardul Thakur has been included in the Indian squad for the upcoming T20 World Cup in place of spinner-allrounder Axar Patel, along with batter Shreyas Iyer and pacer Deepak Chahar.

The Board of Control for Cricket in India (BCCI) also said an additional eight players would be joining the team’s bubble in Dubai “assist Team India in their preparations” for the tournament, ESPNcricinfo reported. They are Avesh Khan, Umran Malik, Harshal Patel, Lukman Meriwala, Venkatesh Iyer, Karn Sharma, Shahbaz Ahmed and K Gowtham.

The World Cup will primarily be played in the United Arab Emirates, where the later phase of the 2021 Indian Premier League has been staged, with some games of the preliminary stage played in Oman.

Thakur, who has made a mark in the Test arena of late both with the ball and bat, has played in 22 T20Is for India in which he has taken 31 wickets and scored 69 runs. He had a good IPL season with Chennai Super Kings who made their ninth final in the tournament this year. Thakur has played a key role in Chennai’s success with 13 wickets in the UAE leg and has made timely strikes with the ball, trailing Yuzvendra Chahal narrowly (17.5 against 17.62). He has not delivered with the bat though.

The uncertainty over an injured Hardik Pandya also made Thakur’s selection important. Like Pandya, Thakur is also a seam-bowling all-rounder and could fill the void in the absence of the lanky big-hitter who didn’t bowl during the IPL.

Axar also had a good IPL overall and was particularly impressive with his economy rate in the UAE leg. However, his choice in the playing XI looked less likely with Ravindra Jadeja around.