Sherman visit opportunity to deepen ties with India: US official 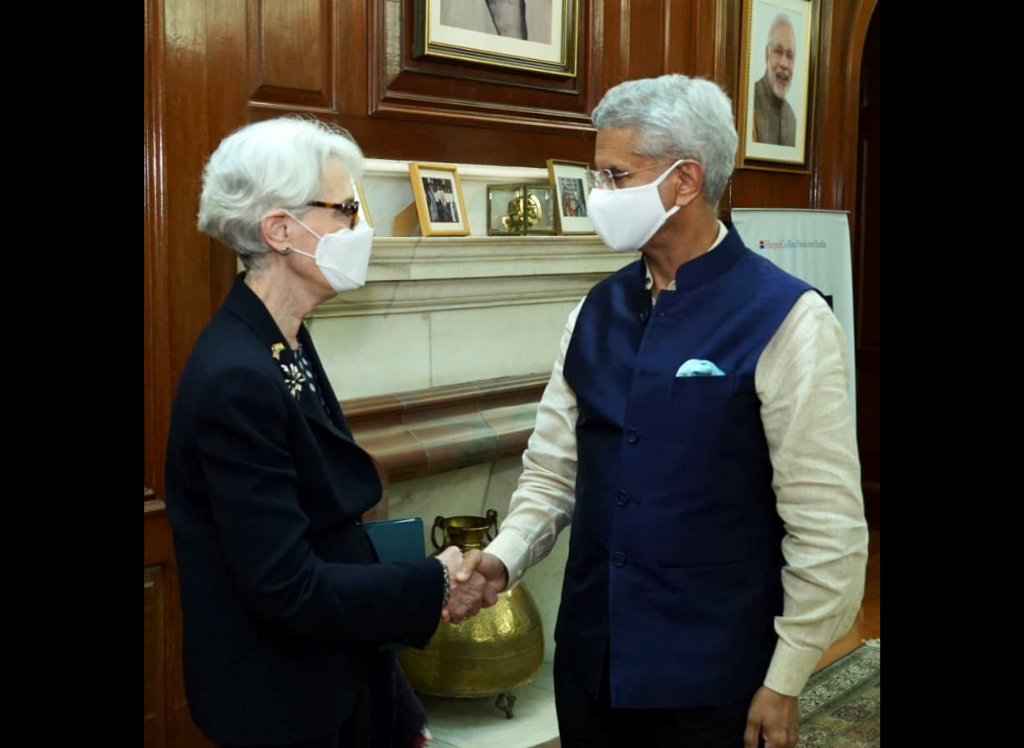 THE just concluded three-day India visit of US deputy secretary of state Wendy Sherman was an opportunity for the US to deepen its strategic partnership with the Asian nation, an American official has said.

“Overall, this was an opportunity for the United States to deepen our strategic partnership with India, a partnership that affords opportunities for both the countries, and a partnership that is incredibly important to us as we seek to underscore and to underline a free and open Indo-Pacific,” US state department Spokesperson Ned Price told reporters at his daily news conference on Thursday (7).

“And India, to us, as a member of the Quad, as an important geopolitical partner, is an instrumental element to that overarching goal,” he said while responding to a question on Sherman’s visit.

The US diplomat went to Pakistan after winding up her India tour and was set to meet top officials there.

During her meetings with the Indian establishment, the two sides spoke on issues related to China, Pakistan and Afghanistan besides a plethora of other key issues like climate change and Covid-19.

According to Price, Sherman had an opportunity to engage substantively and constructively with some key interlocutors during her stay in India.

“She had a meeting with the foreign secretary, Harsh Shringla. They discussed, as we often do, with our Indian partners, growing security, economic and Indo-Pacific convergence between India and the United States, including around topics that are of mutual interest to both of our countries: ending the COVID-19 pandemic, combating the climate crisis, and accelerating clean energy deployment, deepening trade and investment ties and expanding cooperation on cyber security and emerging technology,” he said.

“We, of course, have worked closely with India over the course of many months now, after an announcement that emerged from the first virtual Quad Leaders’ Summit about India’s role as a key Covid vaccine manufacturer for the region. And so, this is one of the many areas where we have enjoyed a deep and collaborative relationship with India,” Price added.

“In the course of that meeting, they also discussed pressing regional and global security challenges that included those posed by events in Afghanistan, Iran, Russia, the People’s Republic of China. They also discussed the ongoing efforts to return Myanmar to a path to democracy. The deputy also had an opportunity to meet with Indian Minister of External Affairs, Dr Jaishankar, they discussed some of these same issues,” the state department spokesperson said.