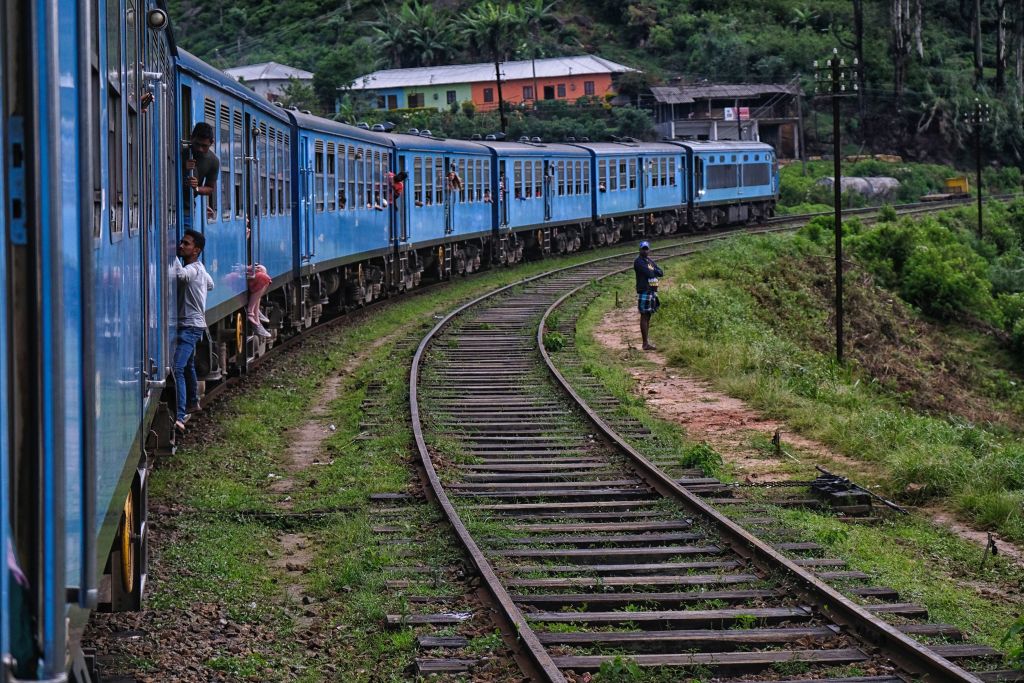 A moving train in Sri Lanka. (Photo by NOEMI CASSANELLI/AFP via Getty Images)

SRI LANKA has launched a luxury train service connecting the country’s Tamil-dominated Jaffna district to the capital city Colombo with the help of a line of credit offered by India.

The intercity rail service was launched on Sunday (9) for passengers travelling from Colombo’s Mount Lavinia suburb to Jaffna’s Kankesanthurai port suburb in the north, covering a distance of approximately 386 kilometres (240 miles). India’s high commission in Colombo termed it “another significant landmark in India-Sri Lanka ties”.

“This train service will facilitate people-to-people exchange and will lay emphasis on mutually beneficial cooperation between the two countries,” Jacob said. The train service will criss-cross the island nation, connecting Colombo with Kankesanthurai on the northern tip of the Jaffna Peninsula, which has a Tamil-majority population.

Wanniarachchi thanked the Indian government for its continued support to Sri Lanka in tackling the ongoing pandemic. The supply of air-conditioned diesel multiple units is one of the many railway projects being undertaken by India in Sri Lanka, the Indian high commission said, adding that there are also other ongoing projects, which include supply of passenger coaches under an Indian line of credit.

India’s total development portfolio in Sri Lanka is more than $3.5 billion (£2.58 bn) including $570 million (£419m) grant projects, the Indian mission said in a statement. Modernisation of railways and creation of new railway infrastructure have been important sectors of focus under the Indian Government’s development portfolio in Sri Lanka, in line with the priority of the government and people of Sri Lanka, it added.