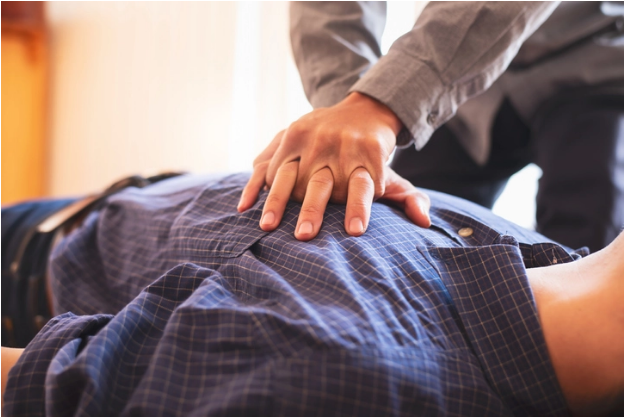 Having community members trained in cardiopulmonary resuscitation (CPR) and automated external defibrillator (AED) in public spaces can increase the chances of surviving a sudden cardiac arrest, according to a statement issued by American Heart Association.

The rate of bystander CPR in North America is estimated at only 39-44 per cent, and only about 1 in 10 people survive an out-of-hospital cardiac arrest, the statement said.

Improving the rate of bystander CPR is critical to increasing survival from out-of-hospital cardiac arrest (OHCA), the statement said.

The issue of people collapsing suddenly due to a heart attack has been brought to focus again due to a suspected case of cardiac arrest of the Buffalo Bills (National Football League) player Damar Hamlin.

While playing in the Buffalo Bills – Cincinnati Bengals game on Monday Night Football on January 2, Bills player Damar Hamlin suffered cardiac arrest after a hit and was administered CPR on the field before being transferred to an area hospital, the Association said quoting a statement by the Buffalo Bills on the incident.

Hamlin reportedly experienced a cardiac arrest – when the heart stops abruptly with little or no warning.

Early recognition of cardiac arrest improves the person’s chance of survival and is key to starting the correct care of CPR and the appropriate use of defibrillation to restart the heart.

The on-site medical team evaluated the situation and appeared to quickly remove his safety pads, begin CPR and apply the AED.

CPR can help keep the heart pumping and blood flowing to vital organs until an electrical shock from a defibrillator is available to restore the heart to a normal heart rhythm.

Then the patient can be safely moved for further medical treatment, supportive care, testing to determine what the cause of the arrest may have been and recovery, including both physical and mental health resources for the person and their family.

Cardiac arrest can have several causes. Since Hamlin collapsed immediately following a tackle on the play, one potential cause could be commotio cordis, said the statement.

Commotio cordis is a rare phenomenon from a sudden blunt impact to the chest causing sudden death in the absence of apparent cardiac damage.

The blow to the chest at precisely the wrong time in the cardiac cycle causes an electrical abnormality in the heart resulting in an irregular heart rhythm that cannot pump blood to the body.

Immediate CPR and a shock to reset the rhythm can help the heartbeat return to normal function.

According to the statement, another cause of cardiac arrest that additional tests are likely to attempt to detect or rule out is hypertrophic cardiomyopathy (HCM) or a thickened heart muscle – a more common cause of sudden cardiac death in young people and athletes specifically.

The thickened heart can be due to a genetic condition or can be caused by athletic conditioning that thickens the muscles of the heart and can make it more susceptible to an irregular heart rhythm like ventricular fibrillation/tachycardia.