Monica Lewinsky lampooned over her f**k SCOTUS rant on abortion rights: ‘The babies were on your dress, not stomach’ 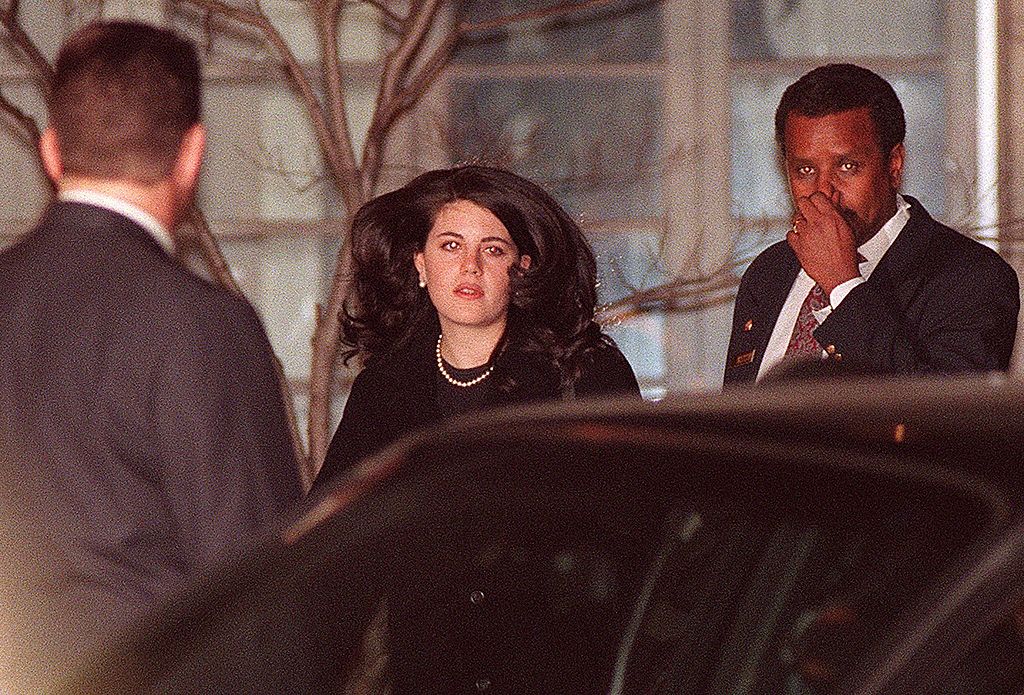 WASHINGTON, : Monica Lewinsky (C), the former White House intern who allegedly had an affair with US President Bill Clinton, walks to a waiting car 29 January at the Cosmos Club in Washington DC. Lewinsky’s lawyers have been asking for total immunity before she would testify to a Federal Grand Jury about the alleged affair with Clinton. AFP PHOTO Timothy CLARY (Photo credit should read TIMOTHY CLARY/AFP via Getty Images)

MONICA Lewinsky, the former White House intern who rose to fame over a sex scandal involving former US president Bill Clinton, was back in the news on Friday (24) after the country’s Supreme Court gave an earth-shattering verdict on abortion.

The 48-year-old went after the judges of the top court after it overturned the Roe v. Wade ruling of 1973 saying the American Constitution doesn’t protect women’s right to abortion and returned the issue of abortion laws and regulation to the state legislatures.

Expressing her disappointment with the verdict, Lewinsky posted a tweet saying, “fuck you roberts. fuck you thomas. fuck you alito. fuck you kavanaugh. fuck you gorsuch. fuck you coney barrett” – targeting the judges.

Twitter did not let go the opportunity to make fun of Lewinsky at this.

Republican leader Lavern Spicer mocked Lewinsky by responding to her tweet, “The babies were on your dress, not your stomach” indirectly referring to the infamous semen-stained blue dress episode that had almost cost Clinton his presidency in the late 1990s (Lewinsky reportedly administered oral sex to the former president).

The babies were on your dress, not your stomach.

Immigration lawyer Matthew Kolken said, “I did not have sex with that Supreme Court Justice”.

I did not have sex with that Supreme Court Justice.

There were also common people who ridiculed Lewinsky for her Twitter post and targeted her indirectly recalling her scandal with Clinton.

Here are some other responses that Lewinsky received:

We all know you’re not into that… pic.twitter.com/7oCLMbgnt6

YOU SWALLOWED A LOT!! pic.twitter.com/u83hGgHg8f

What about Bill? Oh, you already did that.