Unlike Game of Thrones, House of the Dragon will not depict sexual violence; writer says, ‘we choose to focus on violence against women’ 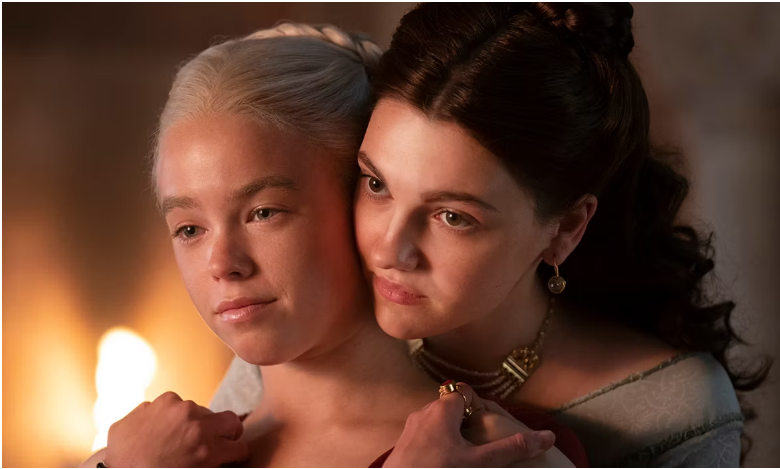 The countdown for the much-anticipated House of the Dragon, a prequel to the globally popular series Game of Thrones, has officially begun. Ahead of the grand premieres on August 21 on HBO and HBO Max, the makers have been revealing some interesting details to intensify the buzz around the show.

The show stars Matt Smith, Olivia Cooke, and Emma D’Arcy in principal roles. Recently, we were introduced to an Iron Throne, the most desirable yet uncomfortable-looking seat in Westeros. And now, the makers have released a seemingly wholesome scene between childhood friends Rhaenyra Targaryen and Alicent Hightower.

House of the Dragon is set 200 years before the events of Game of Thrones. The prequel will chronicle the beginning of the end of House Targaryen, the events leading up to and covering the Targaryen war of succession, known as the Dance of the Dragons. Though there is no official confirmation, the prequel is said to be based on portions of George R. R. Martin’s 2018 novel Fire & Blood.

Recently, the writers of the show spoke to a publication about how the female characters will be handled in the prequel. When Game of Thrones first came out, there was a lot of discussion about how the show portrayed sexual violence in the first season. There were countless such scenes throughout the series.

The writer and executive producer Sara Hess told the publication, “I would like to clarify that we do not depict sexual violence in the show. We handle one instance off-screen and instead show the aftermath and impact on the victim and the mother of the perpetrator. I think what our show does, and what I am proud of, is that we choose to focus on the violence against women that is inherent in a patriarchal system.”