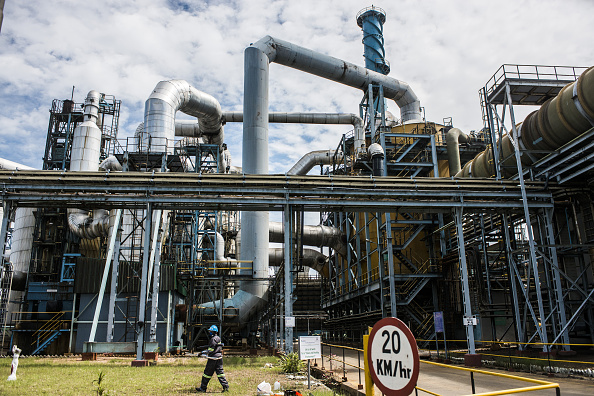 Vedanta’s case will also likely be watched by miner BHP , which has said it will fight an English suit by Brazilians seeking damages over an environmental disaster caused when the Fundao dam that stored mining waste burst in 2015 (Photo: Waldo Swiegers/Bloomberg via Getty Images).

Lawyers for Vedanta Resources told England’s Supreme Court on Tuesday (15) that a case raised against the mining company by nearly 2,000 Zambian villagers should be heard in Zambia not London.

India-listed Vedanta, which delisted from London last year but maintains a legal base in Britain, is appealing a lower court ruling that a case in which villagers alleged their land was polluted by a Vedanta unit could be heard in England.

The two-day hearing will be watched by other multinational companies with a base in London and facing legal challenges about their operations abroad from local residents.

England’s highest court is not expected to deliver a judgment for several weeks, court officials said.

Vedanta’s legal team argued that Zambia was the “natural forum” for the case and said the parent company did not control operations in Zambia, which were governed by Zambian law.

In 2017, London’s Court of Appeal had found that 1,826 Zambian citizens living in Zambia’s Copperbelt had the right to sue Vedanta in the English courts. Vedanta is challenging this.

The villagers allege their land and livelihood have been destroyed by water pollution caused by the Nchanga Copper Mine, owned by Vedanta through its subsidiary Konkola Copper Mines.

London law firm Leigh Day has argued that the English courts were the only route for the villagers to achieve justice.

Separately, Leigh Day is seeking the right to appeal to the Supreme Court after a lower court found Nigerians could not pursue a claim against Royal Dutch Shell in London in relation to oil spills in Nigeria’s Delta region.

The firm is also seeking to take a case against Unilever to the Supreme Court over a lawsuit it has brought on behalf of tea plantation workers and their families in Kenya in connection with ethnic violence in 2008.

Vedanta’s case will also likely be watched by miner BHP , which has said it will fight an English suit by Brazilians seeking damages over an environmental disaster caused when the Fundao dam that stored mining waste burst in 2015.

Outside the court, action group Foil Vedanta was among those protesting against what they allege is pollution by Vedanta.

“While the financial and material gains from copper have been allowed to flow seamlessly out of the country, justice risks being restricted by economic and institutional barriers of territoriality,” Foil Vedanta campaigner Samarendra Das said in an emailed statement.

A Vedanta spokesman referred Reuters to the website when asked for comment. The website said Vedanta seeks a “positive impact on the community” and that “operating responsibly and ethically is an integral part of Vedanta’s core values”.