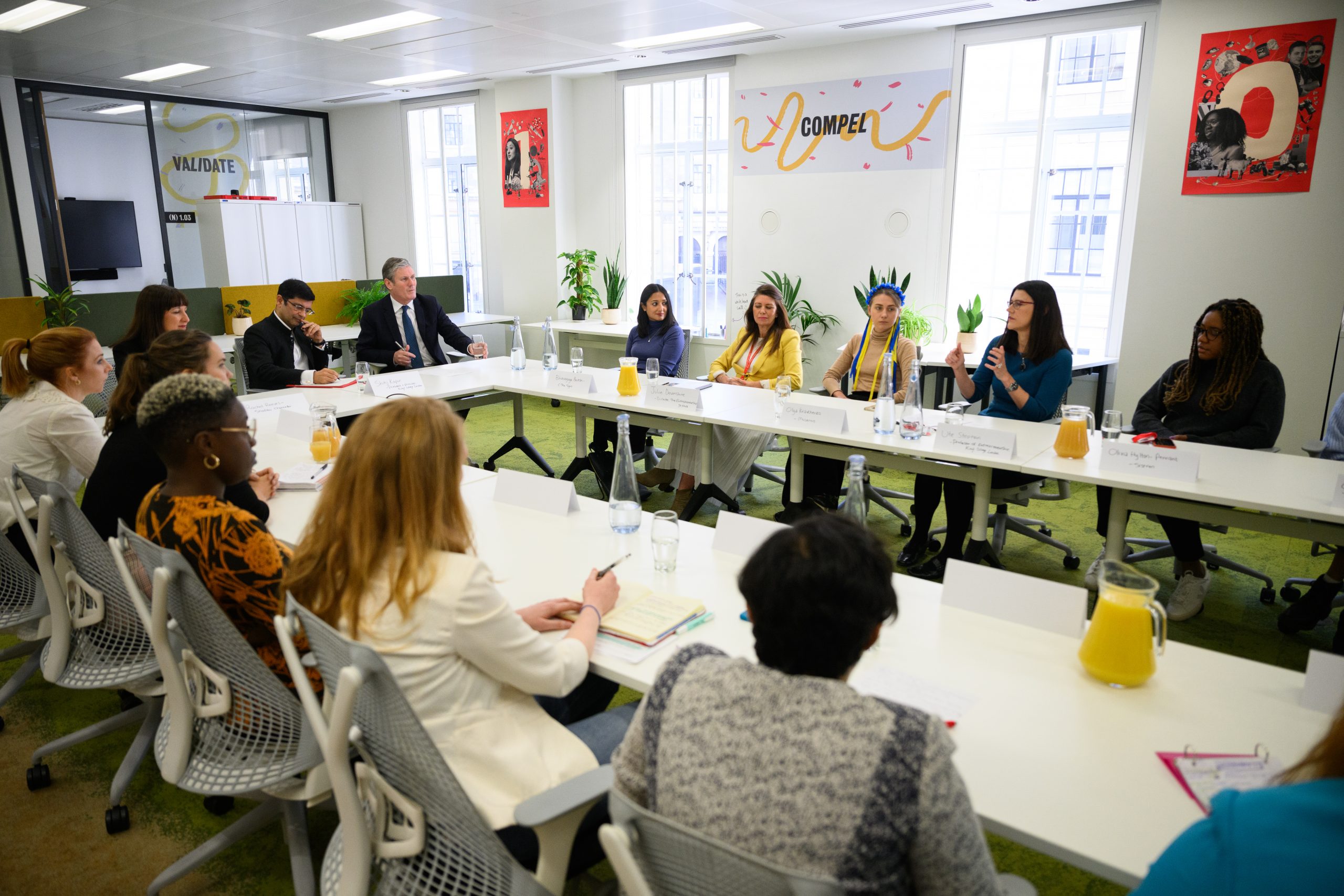 THIS month we have marked Equal Pay Day, the day that the Fawcett Society calculates that women effectively stop earning relative to their male equivalents. This year, that day fell on November 20. It’s shocking that we still have to raise awareness of the gender pay gap, or that such a gap exists at all, but progress has been made and the concept of the gender pay gap being something to close is generally accepted.

But gender is by no means the only metric by which people are disadvantaged in terms of earnings and wealth. It is clear that similar pay gaps also exist for Black, Asian and minority ethnic people.

Britain is a great country, with fantastic strengths, including our education system. As the recent report by the Institute for Fiscal Studies showed, through the hard work and determination of our fantastic teachers and head teachers, as well as members of Black, Asian and minority ethnic communities themselves, we have seen the gaps in educational attainment close in recent years. This is something to be celebrated. But this improvement isn’t being borne out in terms of salaries and careers.

What does this really mean for these people? It means more children going to school hungry. It means families choosing between heating and eating. We know many people today are struggling to make ends meet, but recent data shows that black, Asian and ethnic minority families are at the sharp end of the Conservatives’ cost of living crisis.

Recent research by the TUC found that one in six Black, Asian and Minority Ethnic
workers were likely to be in insecure work; 17 per cent of Pakistani households lack food security, compared with seven per cent of white households. That’s before we even factor in the impact of this government’s disastrous mini-Budget, which has sent the economy into a tailspin; with communities feeling the impact for years to come in their mortgages and pensions.

And it means that we are not harnessing the talents of everyone in our society. When only a select few can reach the top of the ladder, we are leaving great ideas and innovation in any number of industries on the table.

Underlying these statistics is an even worse trend, which is that if you are a woman who is also from a black, Asian or minority ethnic group, these gaps are even wider.

According to Labour Party analysis of ONS figures on median hourly earnings of employees, Pakistani women earn nearly a third less than men (31 per cent) and Bangladeshi women 28 per cent less.

Our research shows that today, both these groups of women have already effectively stopped earning compared with the average male. For Bangladeshi women, Equal Pay Day was 19 September. For Pakistani women, it was even earlier on 8 September. For both, that’s more than two months before our overall Equal Pay Day for all UK women.

This is a shameful indictment of over a decade of Conservative inaction on racial equality. But what are they doing to tackle this problem? The answer appears to be very little. Indeed, the government appears to have no real idea what the current situation for the ethnicity pay gap is. The government shouldn’t have to rely on independent studies to track these stark inequalities. We know that the pandemic disproportionately and severely impacted Black,Asian and minority ethnic communities. But because of the lack of information, we currently don’t know how it will have impacted on earnings among these groups. That’s why we have asked the previous minister for equalities, Nadhim Zahawi, why the Office for National
Statistics hasn’t published any breakdowns more recently, exactly what data is being collected to understand the problem, and what action is being taken to address pay inequality and disadvantage in the labour market for Black, Asian and minority ethnic people.

One thing the government could do to tackle this issue is to mandate companies to report on the ethnicity pay gap among their employees, as they do on gender. The government even consulted on this in 2018, but still refuses to take action.

The last Labour Government made significant progress to close the gender pay gap. We increased the earnings of lower paid women through the minimum wage and introduced the right to request flexible working, opening up opportunities for working women and put more money in families’ pockets. Today, in the absence of action from the Conservatives, only Labour has a plan to deliver for working families, and particularly to tackle the yawning chasm in earnings between Black, Asian and minority ethnic people and their white counterparts.

In 2020, Baroness Doreen Lawrence’s An Avoidable Crisis report demonstrated how Covid-19 had exacerbated existing inequalities and had a disproportionate impact on Black, Asian and minority ethnic communities. Following that report, Labour committed not only to introducing mandatory ethnicity pay gap reporting for large companies and ensuring better data collection in general, but also to bringing in a landmark Race Equality Act to tackle racial inequality at source and across our society.

Labour will harness the skills and talents of our whole society, as we look to rebuild the economy following the Conservatives’ woeful mismanagement of the public finances and lack of industrial strategy.

We will take action to tackle broader inequality in the workplace through our New Deal for Working People, with an Employment Bill within the first 100 days of a Labour Government.

This will ensure work is more secure and better paid, and that workers have stronger rights; giving working people the respect they deserve. Labour will empower workers and the trade unions that represent them to act collectively for better pay. We’ll give all workers basic rights from day one on the job; including the right to sick pay and to flexible working. And we’ll strengthen protections for the self-employed.

Unlike the Conservatives, Labour understands that when all of our communities prosper, the whole country does too. So Labour has a plan to build a fairer, more equal economy that works for everyone, no matter their background.

Yasmin Qureshi is the shadow minister for women and equalities