What are peegasms and are they safe? 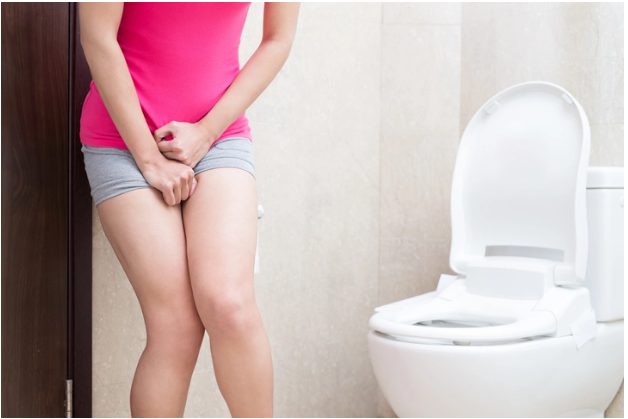 Everyone at some point has experienced an urgent need to pee and no opportunity to do it. But when it is finally possible to go to the bathroom, there can be a feeling of almost pleasurable relief – and for some people, the satisfaction is so great they can feel an orgasmic-like sensation while peeing.

An earlier feature in Medical News Today informs that an orgasm is a sensation that follows sexual arousal.

During sexual orgasm, there is a sudden release of the build-up of tension and desire, which results in a wave of feeling which is sometimes pleasurable.

The term peegasms reportedly originated following a social news website thread of someone who regularly held in their urine to achieve a sensation similar to an orgasm while peeing.

Soon, other stories of peegasms were doing the rounds. There were also warnings from doctors stressing the dangers of delaying urination.

However, peeing is supposedly an enjoyable experience because it relieves tension and can make you feel more comfortable, especially if you have held in urine for some time.

Peegasms can be explained by female physiology informs a report on the WomanLog website.

The clitoris, (pleasure centre) vagina (the passage from the uterus to outside the body), and urethra (which connects to the bladder) are placed very close to each other. So, when the bladder is full of urine, it can push on the internal structures of the excitable areas of the clitoris, thereby causing sexual arousal.

Therefore, as you pee, the release of the pressure of your bladder pressing against the pleasure structures of your pelvic region can stimulate pelvic nerves and thereby mimic an orgasmic response.

Theoretically, this feeling is due to the structure of a woman’s anatomy, said family nurse practitioner, Patricia Geraghty in an earlier report in Healthline.

She reportedly said, “I always talk about the geography of [the pelvic region], everything is close and tight down there. An over-full bladder is going to put pressure on the other organs, including the clitoris.”

Patricia adds, “When you have downward pressure from the bladder on the shaft of the clitoris and there’s a sudden release of this pressure, it can cause those nerves to fire off. These nerves firing off is what gives these women that tingly orgasmic feeling.”

Sex therapist, Janet Brito, further explains this sensation by stating that the urethra is “an erogenous zone,” so a full bladder against a sensitive structure can cause an enjoyable sensation.

Although experts highlight that there is reportedly nothing wrong with experiencing orgasms while peeing, holding your urine for pleasure is not advised.

Why you shouldn’t be holding your urine in

Apparently, stressing the urinary system in this way can damage the bladder and kidneys.

The kidneys can remove waste from the body when you urinate naturally. However, experts warn that keeping your urine in can lead to kidney or urinary tract infections (UTIs), which are reportedly more common in women.

UTI is caused by bacteria that accumulate in the urine.

These microorganisms can reportedly enter the bladder and possibly cause kidney discomfort and dysfunction.

Besides increasing the amount of bacteria in the urethra and bladder, delayed urination can also eventually lead to urinary incontinence which is a common and embarrassing problem for many.

The severity of incontinence ranges from occasional leaking during coughing or sneezing to frequently experiencing such sudden and strong urges to urinate that you are not able to reach a bathroom in time.

Therefore, if you want a healthy urinary system, in the long run, experts advise avoiding peegasms.