Will India bring petrol, diesel under GST? Call on Sept 17 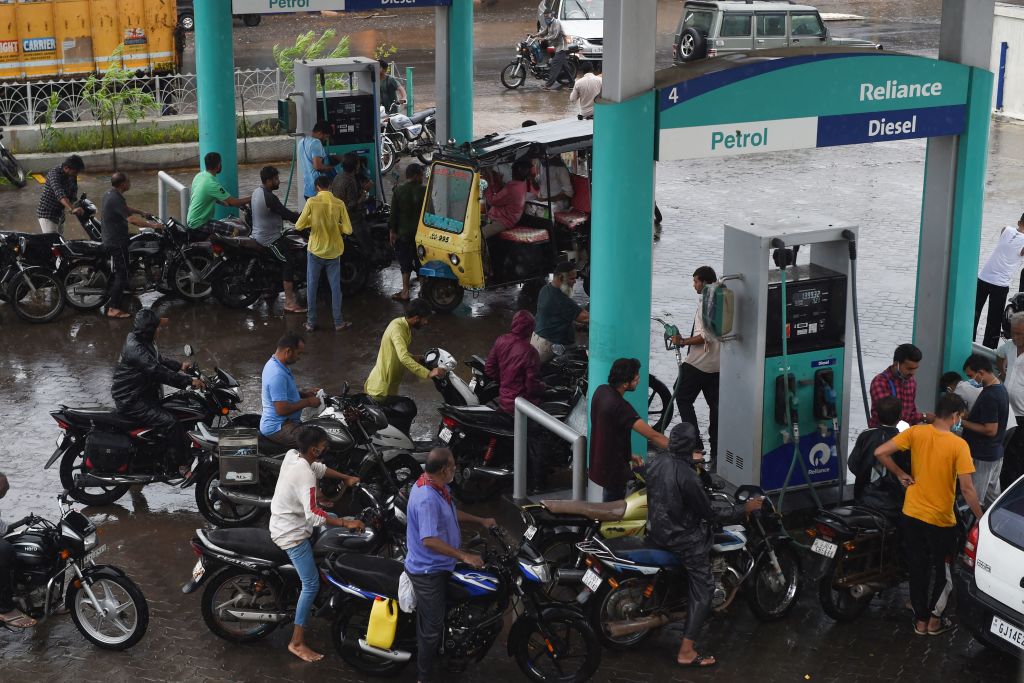 Motorists at a petrol station in India. (Photo by SAM PANTHAKY/AFP via Getty Images)

INDIA’S Goods and Services Tax (GST) Council might on Friday (17) consider bringing petrol, diesel and other petroleum products under a single national GST regime, a move that is likely to see major compromises by both the central and state governments on the revenues they earn from these vital products.

The council, which includes the central finance minister and state finance ministers, is also likely to consider at the meeting extension of the time for duty relief on Covid-19 essentials, according to informed sources. The meeting is scheduled in Lucknow, the capital of the northern state of Uttar Pradesh.

Bringing the fuel types under the GST is being thought to be a solution for the problem of high prices of the everyday commodity that have caused inconvenience for the common man. The opposition parties have also been protesting frequently against the rising prices. If they are brought under the GST, it would put to end the cascading impact of tax (state value added tax is being levied not just on the cost of production but also on the excise duty which is charged by the central government on such output).

In June, the high court of the South Indian state of Kerala had asked the council based on a writ petition to decide bringing petrol and diesel under the GST regime.

According to the sources, bringing petrol and diesel within GST would be placed before the council for discussion in the light of the court’s words for the council.

When the GST regime came into being on July 1, 2017, five petroleum products like petrol, diesel, air turbine fuel, crude oil and natural gas were kept outside its purview for the time being. It is because the finances of both the central and state governments relied heavily on those products.

Since GST is a consumption-based tax, bringing petro products under its purview would mean states where they are sold will get the revenue and not those that currently get the most benefit out of them since they are the production centre. To give an example, highly populated states like UP and Bihar will gain more if the fuel types are brought under the GST because of high consumption while statez like Gujarat, the home state of prime minister Modi, will lose out.