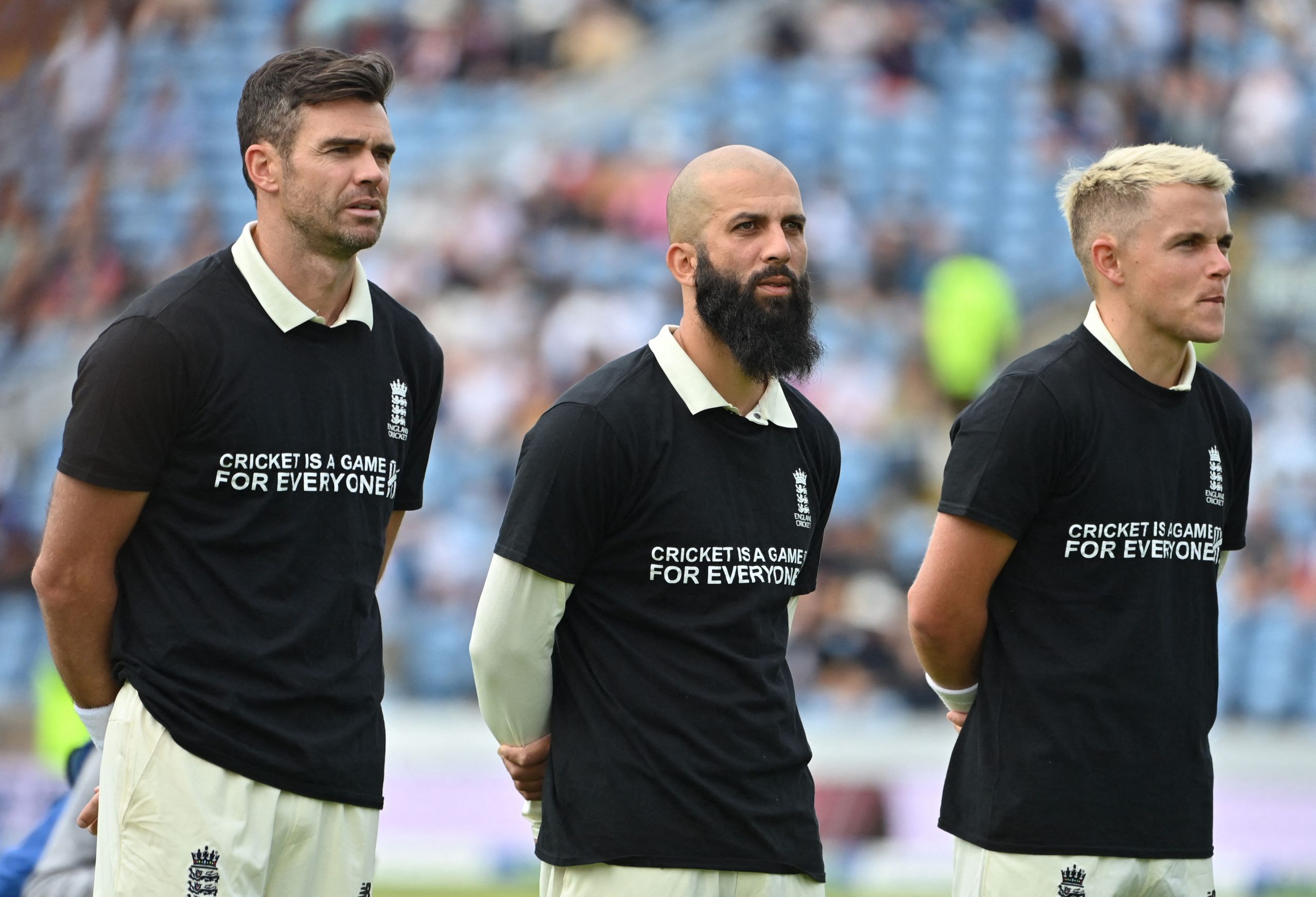 When we heard the compelling testimony of former Yorkshire cricketer, Azeem Rafiq, in front of the sport select committee last November, few people of colour would’ve been surprised.

We know the racism we face on an almost daily basis. We know the fact our complaints are excused as banter. We know when we’re being ghosted [ignored] and gaslighted [questioning our own sanity].

And dare we take on the white establishment, boy are we in for it. They will find something in our distant past and leak it to the media.

In turn the media, sadly the so-called mainstream [er, do you mean white?] press will shoot us down. How dare we have the effrontery, gall, nay impudence, to complain about a country that has given you fame and fortune?

Well, that’s what happened to Rafiq. The moment he put his head above the parapet, the samurai-sword of the establishment made sure they leaked his anti-Jewish comments.

Rafiq isn’t alone, either. When the Lord Patel of Bradford dared to apologise to the cricketer, when he made wholesale changes at Yorkshire County Cricket, a white former cricketer, Robin Smith, decided a brown boy was making a mess of his beloved racist club.

This is the same Robin Smith who was born in South Africa, a country at that time which knew all about equality, not. His land of birth abused, de-humanised and murdered non-whites for almost half a century. Of course, Smith is best placed to know when a club is racist.

Other cricketers have also been told that racism doesn’t exist in the sport.

So, I’m sensing that the denials, obfuscation, and feet-dragging are endemic in the game at the highest levels.

Here’s the problem I have. By February, the England and Wales Cricket Board (ECB) were supposed to have published their findings into whether the sport, which they regulate, is racist. They were supposed to have named names of those from whom they wanted to hear and investigate further. My sources tell me that not only has the report been inexplicably delayed, but any future hearings will be held in private. The fear among my sources is that the report will be a white-wash and these hearing will be a “hand-wringing-wrist-slapping debacle”.

They say this because of the way the ECB were so slow in backing Lord Patel. Let’s clear up a few things. The peer did not have to take on this toxic role. He was already working ludicrous hours before he was asked to leave the pavilion and step into the breech. As an avid cricketer, Patel knows about googlies, fast balls and sledging. But little would have prepared him for the poisonous challenge he’d been handed.

My question of the ECB is this: why on earth did the peer have to beg you to intervene and threaten to resign when his integrity and capability were being attacked by lesser men? His own communities have attacked him. He focused rightly on bringing in new people to begin a new non-racist era at Yorkshire. He focused rightly on bringing back Test cricket this summer, otherwise the club would have lost huge amounts of money. He has focused rightly on keeping his promise to Rafiq. By the way, my sources tell me that Rafiq thinks the world of Patel and describes him as a “role model and father figure”. Remember this is the same cricketer who didn’t want any of his family in the sport. Name any other person who could have done that?

Let’s get back to the point. What has the ECB actually done to make the game less racist? Appointed a white CEO. Appointed a white captain. Erm, anything else? Patel had to face down Yorkshire and the disgruntled on his own. Here’s what they said at the time of the peer’s threat to resign. “We want to see all parties work together to support Lord Patel in the reform package he has set out. It is not acceptable for anyone to stand in the way of progress at YCCC.” Hardly a ringing bell of support, is it?

Even though I did not need to do so, I alerted the ECB that I was going to write a comment piece and invited them to send a few words.

“We are pleased that Yorkshire members have given their overwhelming support to these reforms. This is an important step forward in bringing about real change and setting the club on course for a more inclusive future,” they responded.

“We welcome the progress made by Lord Patel so far, as well as his commitment to making the club one which everyone, from all backgrounds, can be proud of. With these governance reforms now having been passed, we are satisfied that international cricket can now be staged at Headingley this summer. However, there is much work still to be done at Yorkshire and it is important that the plans set out so far are now delivered. We will continue to monitor progress closely.

“Our regulatory investigation into the complaints brought by Azeem Rafiq, which is separate to this process, remains ongoing and we will update on this in due course.”

I’ve been in charge of communication teams. Not one single mention of the r-word. Pathetic. How about, “The ECB is fully behind Lord Patel. He is the right person for this job, and we support the changes he has made. If people in Yorkshire don’t like that, then they can resign their membership and leave. We have zero tolerance for racism, and with Lord Patel at the helm, we will work together to turn this wonderful county club into the welcoming, non-racist place it should be.”

Words matter. But so do actions. A lot was made about Rafiq’s anti-semitism remarks. The cricketer acknowledged his mistakes and apologised. But unlike those people and institutions who just apologise, Rafiq didn’t stop there. He engaged with the Jewish communities, and he is on a journey to learn about their faith. His friends say he is doing everything he can to make sure he understands different religions and cultures. This week (Monday-Friday) he visited the Nazi death camp in Auschwitz in Poland, taking in the atrocity of what happened 80-plus years ago. The ECB could do worse than to look to Rafiq when it comes to proving that actions speak louder than mere, hollow words.

Why are barristers on ‘strike’?

Sailesh Mehta: Judiciary will improve when ‘it reflects the diverse society it serves’

Plans to help Afghan and Ukrainian refugees ‘should be linked up’

‘Tories and Labour are both failing UK Asians’

Gina Miller: ‘Tories and Labour are both failing UK Asians’