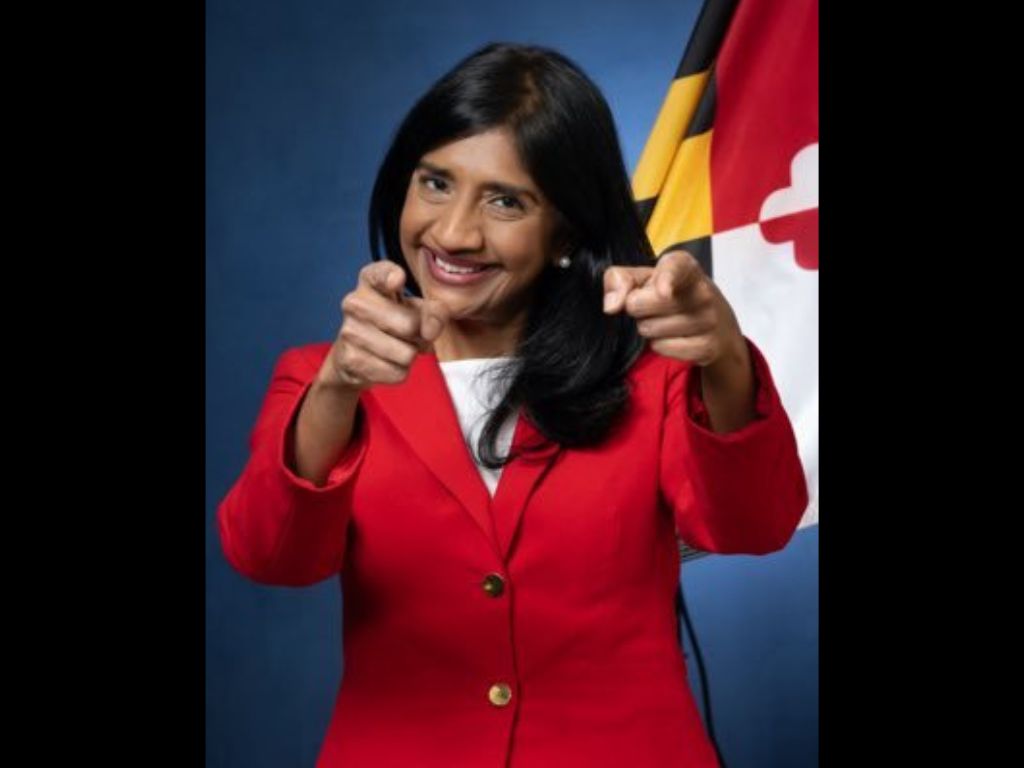 Aruna Miller has scripted history by becoming the first Indian-American politician to be sworn in as the lieutenant governor in the state of Maryland, adjoining the US capital.

Aruna, 58, a former delegate to the Maryland House, made history on Wednesday (18) when the Democrat became the 10th lieutenant governor of the state.

Thank you, Maryland. You mean the world to us and more. pic.twitter.com/qCfYUUa1dH

In her inauguration speech, Aruna, born in the south Indian state of Andhra Pradesh, recognised her family who immigrated to the US from India when she was seven.

“I spent most of my life trying to fit in the space that didnt have me and mine, as an immigrant growing up in a new country, or as a female engineer in a male dominated field, as an Indian American legislator in a legislature that looked nothing like me. It took me a long time to realise that it was never about needing to fit into a space created by others. It was always about having the courage to be my authentic self in every space,” she said.

“Maryland, I am humbled and honoured to be your Lieutenant Governor. We are only just getting started!,” Miller tweeted.

She was sworn in alongside her family, new governor Wes Moore and state lawmakers inside the State House’s Senate chamber in Annapolis and addressed a crowd of well-wishers outside the historic building.

“To Aruna’s mother, Hema and to my mom, Joy, you epitomise everything special about this state; You are proof that in Maryland, anything is possible,” Moore tweeted.

Miller’s swearing-in will break a barrier that no other immigrant or woman of colour has breached before her. She was part of a historic Democratic ticket that sailed to victory in November and also gives Maryland its first Black governor, its first Black attorney general and its first female comptroller, the Washington Post reported.

Aruna’s father, who migrated after the passage of the Immigration and Nationality Act of 1965 removed racial and national-origin quotas to allow a new generation of immigrants to enter the US, returned to India in 1972 to tell Aruna’s grandmother, with whom she had lived since she was about 1 year old, that it was time for his daughter to join him, her mother and two siblings in the United States, the Post reported.

“My dad was a stranger to me. My siblings were strangers to me, my mom, all of it,” said Miller, who also said she doesn’t remember any of her time in India as a child because of the trauma she said she experienced leaving her grandmother.

“So I came to this country, you know, like they say, a stranger in a strange land, with a strange family.” She learned English while attending public school. She graduated from Missouri University of Science and Technology, thanks in part to the Pell grants she received after her father lost his job because of his illness.