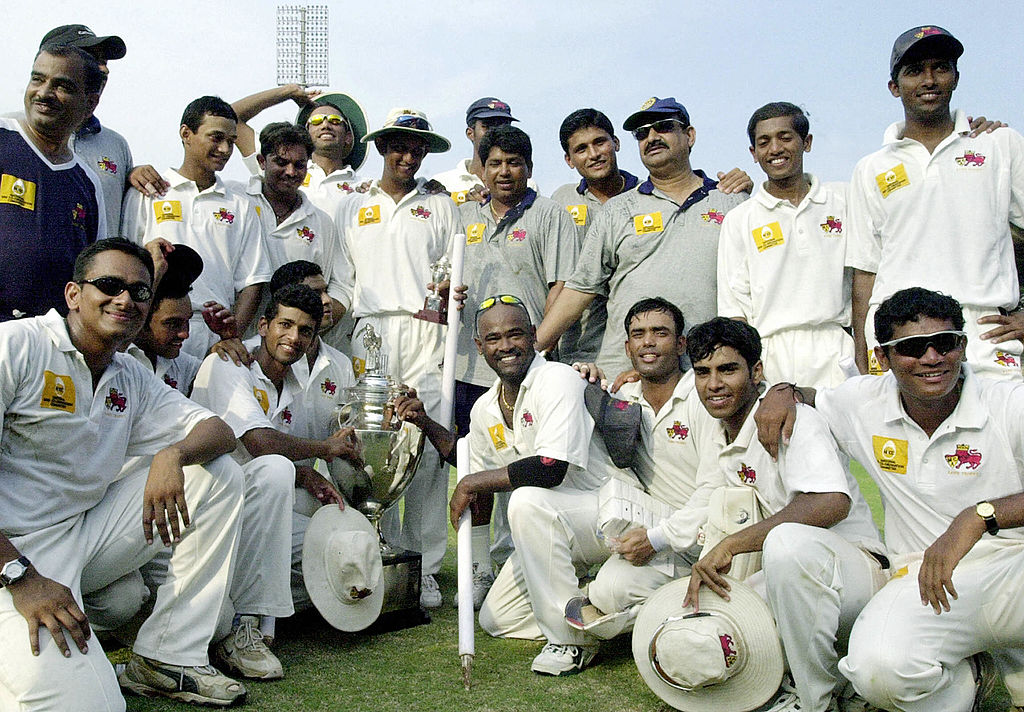 Members of the Mumbai (formerly Bombay) cricket team pose with the Ranji Trophy they won in 2004. (Photo by DIBYANGSHU SARKAR/AFP via Getty Images)

THE rising number of coronavirus cases has now hit India’s domestic cricket arena as the prestigious Ranji Trophy has been postponed following the surge, the country’s cricket board said in a statement.

The first-class competition, which is named after Maharaja Ranjitsinhji, an Indian prince who had played for England in the 1980s and has been played since 1934-35, was scheduled to begin this month.

In the statement, the Board of Control for Cricket in India (BCCI) said, “BCCI does not want to compromise the safety of the players, support staff, match officials and other participants involved.”

Earlier, the country’s media reported that six Bengal players had contracted the virus ahead of the opening match on January 13.

The tournament was scheduled to be held in six cities – Bengaluru, Mumbai, Chennai, Kolkata, Ahmedabad and Thiruvananthapuram.

The last season of the elite competition was scrapped due to the pandemic, making it one of the several sporting events around the globe that were disrupted by the virus.

The Indian Premier League, a popular T20 tournament which is held annually in India and involves foreign players, was also staged in the United Arab Emirates in 2020 (the entire tournament) and 2021 (the business end).

Health authorities in India confirmed 58,000 new cases of Covid infections on Tuesday (4), more than twice the number logged in the prior three days.