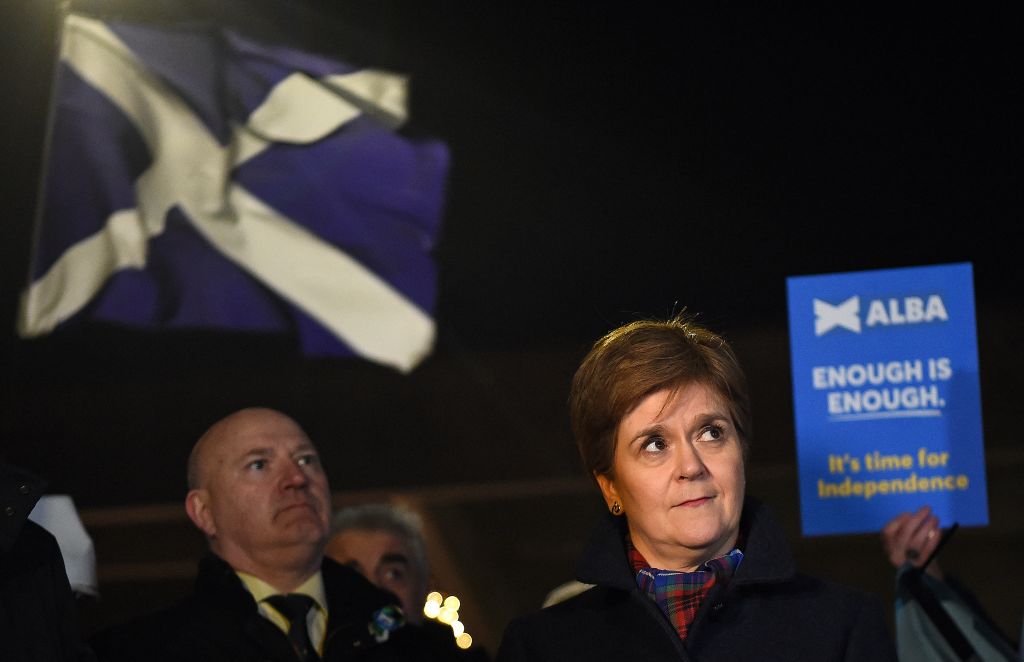 Scotland’s leader vowed Wednesday (23) to turn the next UK general election into a de facto vote on independence, after judges blocked her bid to hold a new referendum without London’s approval.

First Minister Nicola Sturgeon said the ruling by the Supreme Court in London exposed the “myth” that Scotland could voluntarily leave the United Kingdom.

The unanimous ruling torpedoed the Scottish nationalist government’s push to hold a second plebiscite next October — nearly a decade after Scots narrowly opted to remain in a pre-Brexit UK.

Sturgeon, who leads the Scottish National Party (SNP), said she respected the ruling, but accused Westminster of showing “contempt” for Scotland’s democratic will.

The SNP-led government will now look to use the UK election due by early 2025 as a “de facto referendum” on separating after more than 300 years, Sturgeon told a news conference.

“We must and we will find another democratic, lawful and constitutional means by which the Scottish people can express their will. In my view, that can only be an election,” she added.

Outside the court, David Simpson, 70, who first voted for the SNP in 1970, said he was still hopeful of achieving independence in the future.

“This is not the end of the road,” he told AFP. “There is nothing impossible.”

In Edinburgh, campaigners holding a Saltire flag emblazoned with the words “Scottish not British” said their voices had been stifled.

“Nobody is letting us have our say,” said Gerard Clarke, 74.

Protester David Turner said the rejection would only strengthen support for going it alone.

“They might try to stop it but it’s now a one-way path to independence,” he added.

Campaigners, however, were met with anti-independence supporters at a rally outside the Scottish parliament waving placards including one reading: “We want to stay in the UK.”

In the UK parliament in London, Prime Minister Rishi Sunak called the ruling “clear and definitive” and called for politicians north and south of the border to work together.

SNP leaders were scornful, arguing Sunak lacked a democratic mandate of his own after he was made prime minister only via the votes of Tory MPs.

The Supreme Court’s Scottish president, Robert Reed, said the power to call a referendum was “reserved” to the UK parliament under Scotland’s devolution settlement.

Therefore “the Scottish parliament does not have the power to legislate for a referendum on Scottish independence”, Reed said.

Sturgeon’s SNP-led government in Edinburgh wanted to hold a vote next October on the question: “Should Scotland be an independent country?”

The UK government, which oversees constitutional affairs for the whole country, has repeatedly refused to give Edinburgh the power to hold a referendum.

It considers that the last one — in 2014, when 55 percent of Scots rejected independence — settled the question for a generation.

But Sturgeon and her party say there is now an “indisputable mandate” for another independence referendum, particularly in light of the UK’s departure from the European Union.

Most voters in Scotland opposed Brexit.

Opinion polls, however, indicate only a slight lead for those in favour of a split.

Lawyers for the Scottish government wanted a ruling on the rights of the devolved parliament in Edinburgh if London continued to block an independence referendum.

The Scottish government was seeking to create its own legal framework for another referendum, arguing that the “right to self-determination is a fundamental and inalienable right”.

But the Supreme Court rejected international comparisons raised by the SNP, which had likened Scotland to Quebec or Kosovo.

Reed said international law on self-determination only applied to former colonies, or where a people is oppressed by military occupation, or when a defined group is denied its political and civil rights.

None of that applied to Scotland, he added.

He also rejected the SNP’s argument that a referendum would only be “advisory” and not legally binding.

Any such vote would carry “important political consequences” regardless of its legal status, the judge said.

The SNP ran in the 2021 Scottish parliamentary elections on a promise to hold a legally valid referendum after the Covid crisis subsided.

“As long as there is breath in my body, I refuse to give up on the basic principle of democracy,” Sturgeon said, announcing the SNP will hold a special conference in the New Year to prepare its independence push.