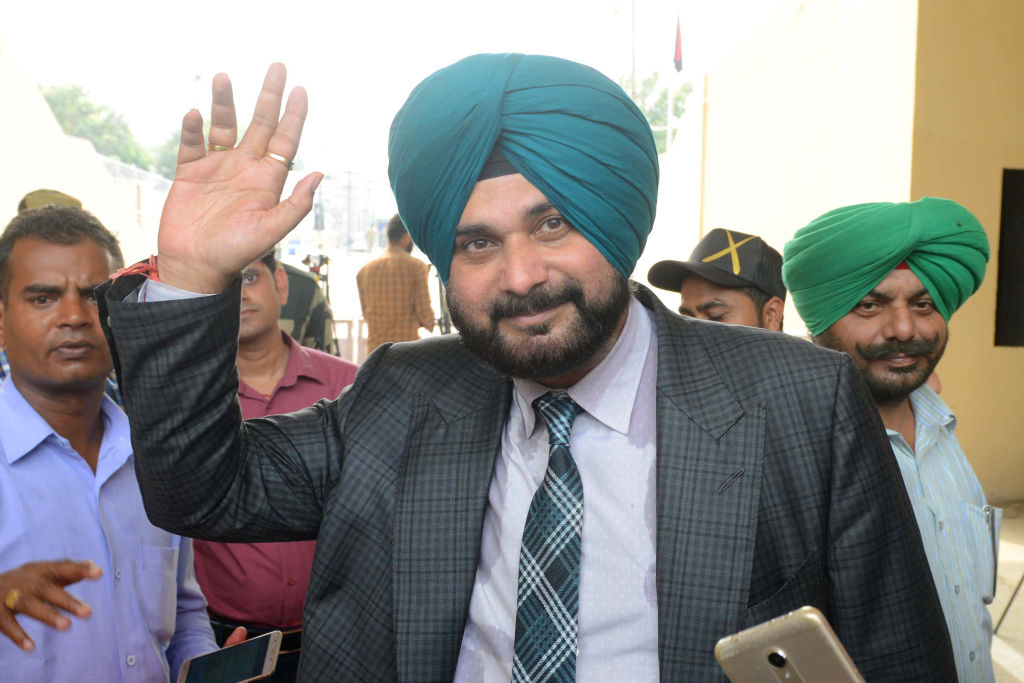 INDIA’S ruling Bharatiya Janata Party (BJP) on Saturday (20) lashed out at Navjot Singh Sidhu, the president of the Indian National Congress’s unit in the northern state of Punjab, after he reportedly called Pakistani prime minister Imran Khan “bada bhai” (elder brother) during a trip to Kartarpur Sahib, the corridor to which was reopened earlier this week.

The saffron party alleged that the Congress sees terror groups like Islamic States and Boko Haram in Hindutva but a “bhai jaan” (beloved brother) in Khan.

The controversy broke out after a purported video of Sindhu, a former cricketer who had played against Khan who is a also a former cricketer, being welcomed by a Pakistani official on behalf of Khan has gone viral in which the Congress leader is heard saying that Khan was like a “bada bhai” to him and that he loved him a lot.

Slamming Sidhu, BJP spokesperson Sambit Patra said it is a serious matter of concern for India. He also said that a larger design was at work and Sidhu’s remarks were linked to a number of Congress leaders, including former president Rahul Gandhi, who is often heard criticising right-wing Hindus.

Referring to Congress leader and former central minister Salman Khurshid’s statement in his latest book, Patra said the opposition party sees terror groups such as the ISIS and the Boko Haram in Hindutva while it finds a “bhai jaan” in Khan.

Patra said it is being done for appeasement politics as the Congress still believes that a section in India will be happy to hear praises for Pakistan. He added that there are no such people in the country.

This is not the first time that Sidhu has faced a backlash for matters related to Pakistan. In August 2018, he visited Pakistan on the occasion of Khan’s swearing-in as the prime minister and during his trip, he hugged Pakistan Army chief General Qamar Javed Bajwa.

The matter caused an outrage with even Captain Amarinder Singh, a former Congress leader and chief minister of Punjab, slamming Sidhu saying such a gesture was not required when India’s soldiers are being martyred at the borders. Sidhu, however, defended his action as an emotional gesture.

Captain Singh, whose relationship with Sidhu has been sour throughout, also remarked after quitting the chief minister’s post in September that the latter was not the right person to be picked as the chief ministerial candidate in a border state like Punjab. “He (Sidhu) is too mixed up with Pakistan,” he said.