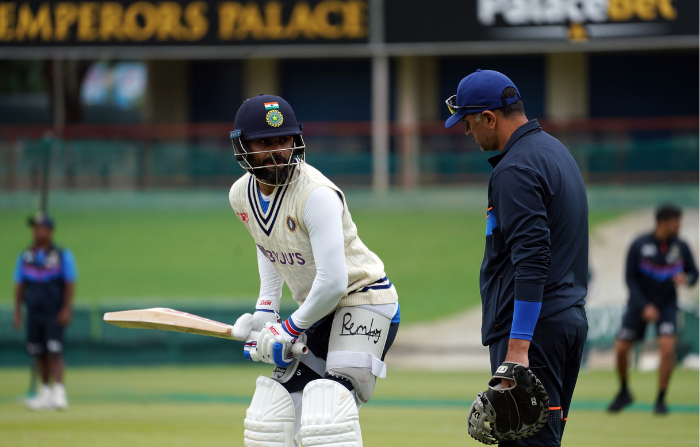 INDIA’S batters need to seize their chances better and aim for longer partnerships if they aspire to bounce back from their defeat in the second Test in Johannesburg and win the series in Cape Town, feels head coach Rahul Dravid.

India will take on South Africa in the decider in Cape Town next week and a win there would see them create history by pocketing their first ever away Test series against the Proteas.

The visitors, who won the first Test in Centurion by 113 runs, lost the second match against a determined home team in Johannesburg by seven wickets on Thursday (6), the penultimate day of the game.

In a post-match virtual news conference, Dravid, who will turn 49 this month, said India will need to do some sharpening at the top of the batting order if they eye their maiden Test series victory against the South Africans.

“The wickets in the first two tests have been a little challenging, I will give that to the batsmen. But we pride ourselves on wanting to do better and the batting unit certainly can look to maybe seize a few key moments and when we get those partnerships, maybe make them a little bit longer,” the former India captain who took over from Ravi Shastri in November, said.

“In the first innings the ball sort of tended to kick up a little bit, but we could have probably got maybe 60-70 more runs.”

India failed to post big totals in either of their two innings at the Wanderers, getting bowled out for 202 and 266, respectively. They set the Proteas a target of 240 which they achieved with seven wickets to spare, thanks to some solid batting led by captain Dean Elgar who finished on 96 not out. KL Rahul captained India in the match in the absence of regular Test skipper Virat Kohli.

“Certainly we’d like to bat a little bit better. We need to keep improving and getting better. Maybe some of the guys who got starts could have converted those into hundreds,” Dravid said.

“I think that was the difference in the first test where KL Rahul went on to get a hundred for us and we ended up on the winning side.

“In the second test, they had someone (Dean Elgar) who ended up on 96 and they ended up on the winning side.

“It really shows you the importance, on these kinds of wickets, of one of your batsman going on and making a big score,” the coach said.

Indian batters got some starts in the second Test but none of them could continue to change them into big knocks. In the second innings, the 111-run partnership between half-centurions Cheteshwar Pujara and Ajinkya Rahane took India to a healthy position but quick dismissals of both batters within a span of eight runs by speedster Kagiso Rabada ruined India’s momentum.

Dravid was the captain of the Indian side that had taken a 1-0 lead over South Africa on their soil in a three-Test series in 2006-07. But the Asian side lost the initiative as the hosts won the next two matches to take the series 2-1.

As the coach this time, Dravid will pray that history doesn’t repeat itself.