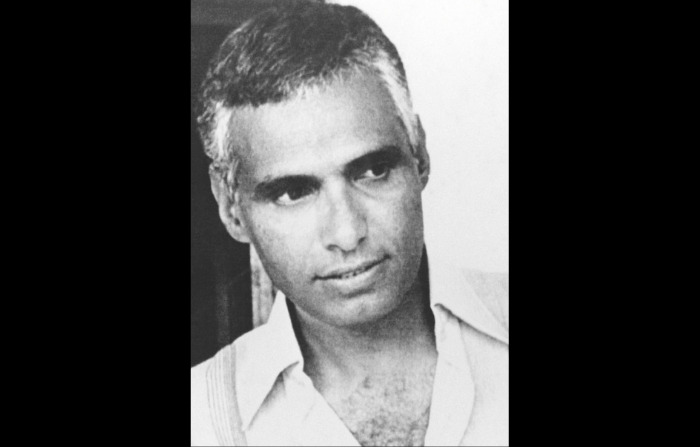 Ebrahim Ismail Ebrahim, when he was 51-year old. (Photo by STRINGER/AFP via Getty Images)

EBRAHIM Ismail Ebrahim, one of South Africa’s anti-Apartheid veterans, passed away on Monday (6) aged 84, the country’s ruling African National Congress (ANC) said in a statement. He died at his residence in Johannesburg following a prolonged illness, the party added. Ebrahim is survived by his wife Shannon, a celebrated foreign news writer for the Independent Media group, and two children.

Ebrahim had spent years in imprisonment on Robben Island in Table Bay alongside the iconic Nelson Mandela.

He (Ebrahim) “was a longstanding member of the ANC, a patriot who served his country in different capacities with humility, dedication and distinction,” the party said.

The man, who was largely an unsung hero in the chronicles of South Africa’s long struggle against racism, joined the fight against white-minority rule in his early teens and became an ANC youth activist in 1952.

He later became a member of the party’s armed wing and was arrested in 1963 on grounds of sabotage. He was tried with 18 others and was handed a 15-year term which he spent on Robben Island, where Mandela was also imprisoned for almost three decades.

Ebrahim was released in the late 1970s but was arrested again in 1989. He was tortured, put on trial again and re-sentenced to 20 years the same year.

The activist was convicted along with two others for allegedly planting landmines on white-owned farms near Swaziland in 1986.

He was freed in 1991 and joined the South African government after the country’s first democratic election was held in 1994. Mandela had become the independent country’s first president.

Ebrahim started as a lawmaker and became a government advisor, helping to mediate conflict between Israel and Palestine, Rwanda and the Democratic Republic of Congo and also in countries like Kosovo, Burundi, Bolivia, Nepal, etc.

In 2009, he was appointed as the deputy foreign affairs minister, a position in which he had served for six years. He had also been the parliamentary counsellor to Mandela. He was honoured with a Lifetime Achievement Award in 2018 by the Congress of Business and Economics (CBE), an offshoot of the erstwhile Transvaal Indian Congress.

Condolences poured in from various quarters over the demise of the Indian-origin anti-Apartheid icon.

Human rights organisation #Africa4Palestine acknowledged his role in the ANC resolution for the immediate and unconditional downgrading of the South African embassy in Israel to a liaison office in 2017.

“Comrade Ebie, as he was fondly known, recalled at the time how he had spent half of his adult life in prison but that he would do it all over again if he had to because of his firm belief in struggling for peace, justice and the end of the scourge of Apartheid and racism across the world,” CBE executive director Yusuf Moosajee said.

“In all my interactions with Ebie, both locally and abroad, he was always passionate about South Africa and its role in world politics,” internationally-renowned South Africa-born filmmaker Anant Singh said in a tribute.