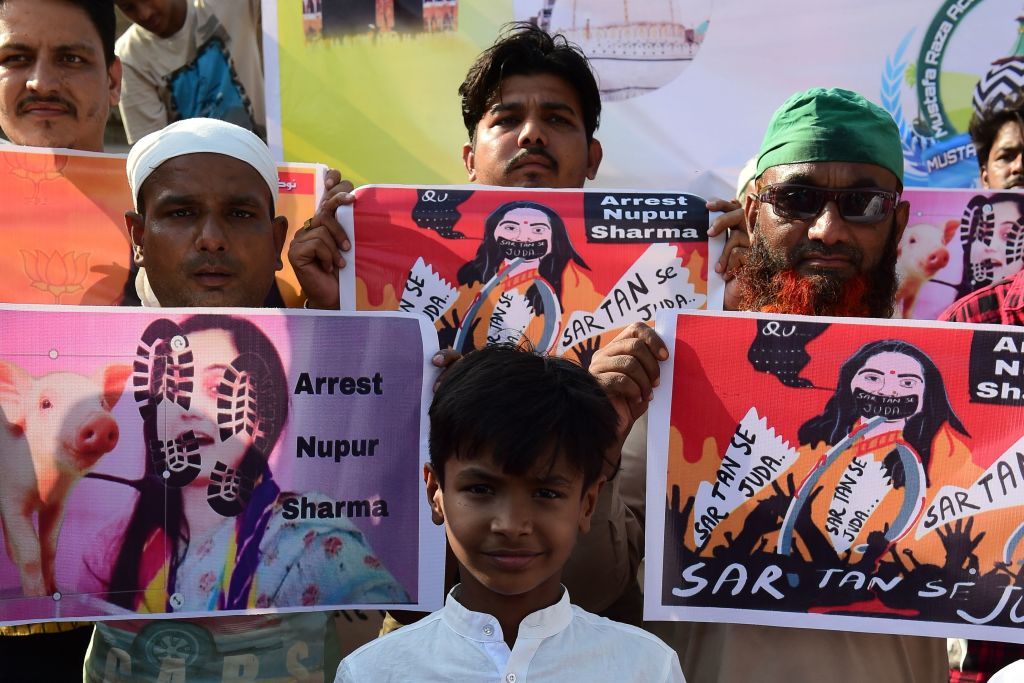 A KASHMIRI YouTuber, whose video depicting the beheading of suspended Bharatiya Janata Party (BJP) spokesperson Nupur Sharma had gone viral on social media platforms, was arrested here on Saturday for breaching public tranquillity and causing fear in the public, police said. Wani has deleted the video and apologised for it as well.

Before his arrest, Wani posted another video in which he said he did not have any intention of hurting the sentiments of people or any religion.

ALSO READ: 2 killed in India protests over remarks against Prophet

“YouTuber Faisal Wani has been arrested. He had uploaded an incriminating video on YouTube which is against public tranquility and has caused fear and alarm to the public in general. The FIR has been registered under sections 505 and 506 of the Indian Penal Code at the Safa Kadal police station,” police said.

Wani’s arrest came after he deleted the viral video and issued an apology in a new video posted on his YouTube channel “Deep pain Fitness”.

“I had uploaded a video last night about Nupur Sharma. It was a VFX video which went viral all over India and an innocent person like me got implicated. I never have any intention to hurt any other religion, because Islam teaches us to respect other religions,” Wani said in the new video.

He said he deleted the controversial video after it went viral.

“I respect all religions. Yes, I had made that video, but I had no intention to violate anything. I deleted the video last night itself , but I apologise for it. I am sorry,” the YouTuber said in the video with folded hands.

“If anyone is hurt because of this, I am extremely sorry. I had no intention to hurt anyone,” he added.

YouTuber Faisal Wani is now arrested from J&K for his video depicting the beheading of Nupur Sharma.

He runs a channel called Deep Pain Fitness on YouTube

Describing himself as a simple person, Wani expressed hope that the second video would also go viral “so that my apology reaches everyone”.

“I am an innocent person and do not want to be implicated,” he said. Wani’s now-deleted video posted on his channel showed the bare-bodied YouTuber wielding a sword and beheading a photo of Sharma.

Sharma was suspended by the Bharatiya Janata Party (BJP) while another leader, Naveen Jindal, was expelled over their controversial remarks on Prophet Mohammad.

The comments led to an intense backlash in several Islamic countries and calls for a boycott of Indian products. There have been protests in several Indian cities as well, while multiple FIRs have been registered against Sharma.