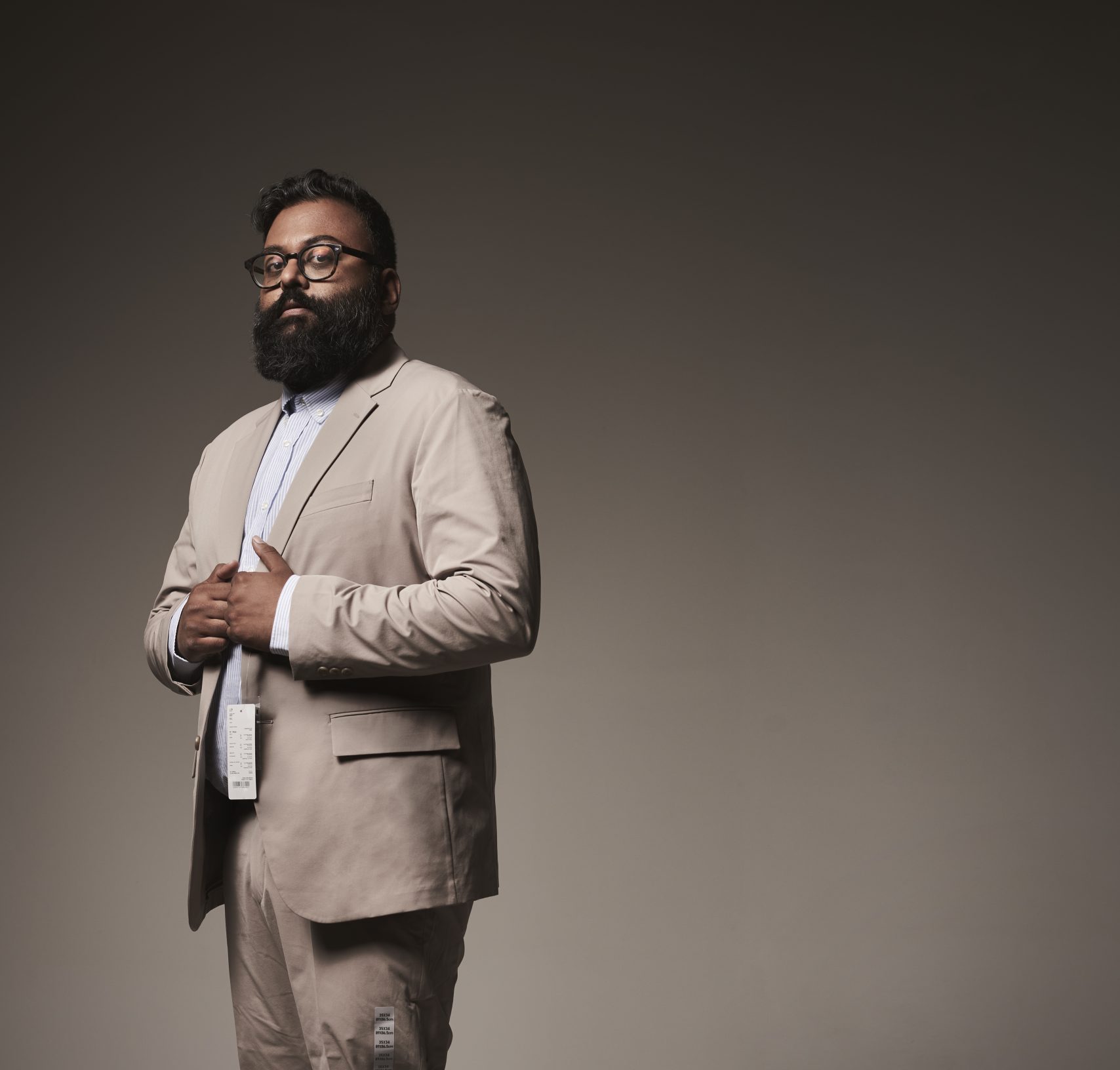 The award-winning comedian follows up multiple television appearances and big performances on the live circuit with a laughter-filled show that runs throughout August.

The gag-filled show looks at everything, from his own failed enterprises, crypto bros, and lockdown business ideas to arguing that people don’t know what they want until they get it.

Eastern Eye caught up with the funny British Asian talent to discuss his new show and connection to comedy.

What is it that first drew you towards stand-up comedy?
Probably when I bought Lee Evans Live on VHS in HMV on Oxford Street in the 90s. I wanted to buy something with my saved-up pocket money, panicked and bought it because it was on display. It was mind-blowing. I couldn’t stop watching that tape and made all my friends come round and watch it.

What has been your most memorable moment in comedy so far?
Probably the three hours I spent improvising a scene with Anne Hathaway and Roger Federer for a Swiss tourism film. She had an idea for a scene where I called her fat. I don’t think it made it to the final edit.

What inspired your Edinburgh Fringe show Faster Horses?
It’s from a Henry Ford quote – “If I had asked people what they wanted, they would have said faster horses”. I guess he was saying you should ignore people and just get on with your vision. I’m not sure I agree, but then I haven’t invented the car, have I?

Tell us about the show?
Well, I thought my stand-up career was over when the pandemic started, and I had to think of something else to do with my life, so tried to write down business ideas every day. They were all awful. So, this show is about all those ideas, and the approximately 40 jobs I’ve had in my life. It’s a bit like Dragon’s Den but the audience are the dragons.

Have you ever been on or near a really fast horse?
No, I am allergic to horses.

Do you ever get nervous before going on stage?
Yes, always. If I didn’t, I would probably do very badly on stage.

Who is your own comedy hero?
I don’t think I have a hero really. I mean I love watching stand-up but haven’t laughed harder at anything than I did at that guy who slid down the steps into the Thames with his top off a few years ago. Okay, maybe he is my hero?

What do you love about the Edinburgh Fringe festival?
The weather. Rainy, cold, dark. Love it. Can’t stand London in August, it’s too hot. Also, Edinburgh is just a beautiful city to be in and you can walk everywhere (in the rain).

What is it that inspires you as a comedian?
I guess it’s just anything I find funny, from my friends, to silly things that happen to me, to hour-long reviews of mid-priced hatchbacks on YouTube.

Has comedy and being funny ever got you in trouble?
Yeah, all the time. I fell off a chair at sc­hool when I was fi­ve, and everyone laughed, so I did it again and then got told off. I think that incident set the tone for the rest of my life.

Why should we come watch your show at Edinburgh Fringe?
There’s nothing else on at 1.55pm, and I’m not taking a single day off.