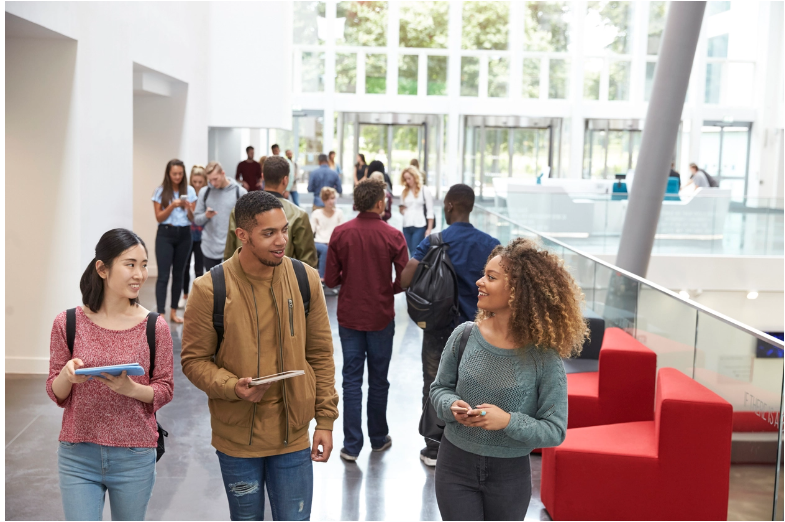 Some 15.6 per cent of Asian heritage students entered universities with tougher entry requirements in 2020-21, compared with 10.5 per cent of white Britons, The Times reported citing figures from the Department for Education.

However, students from Chinese backgrounds outdid all other communities in terms of the proportion reaching such universities (40 per cent). At 10.7 per cent, black school-leavers reaching such centres of education fared marginally better than white Britons.

There has been a declining trend in the proportion of white school-leavers going into higher education, but the 2020-21 academic year saw the lowest percentage of the group attending high-tariff universities, the report said.

The data also revealed the proportion of students on free meals enrolling in universities rose to a record 28.1 per cent over 26.6 per cent in the previous year.

A further breakdown of data showed that 70 per cent of Bangladeshi girls on free meals made it to universities compared to 53 per cent of boys of the same heritage.

The progression rate for white British boys was just 14 per cent.

New education minister Andrea Jenkyns said the trend showed that the most disadvantaged students were progressing to higher education. She said the government was committed to making the brightest pupils from all communities get support to enter the most selective institutions.

He told The Times, “what we are seeing is a terrible waste of talent on an enormous scale. This appalling situation also sows the seeds of social unrest. Participation in higher education is one of the ways out of poverty.”