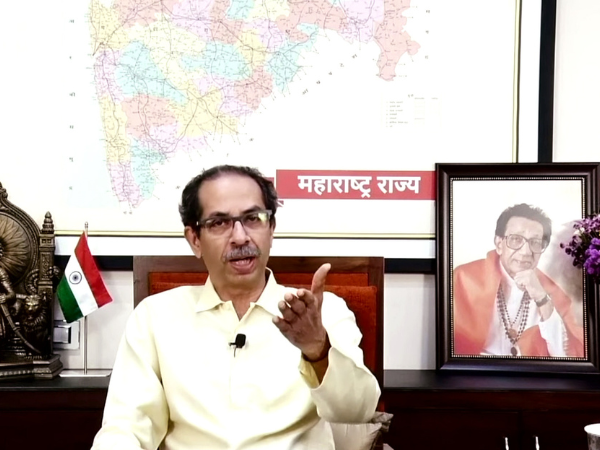 THE political drama in the western Indian state of Maharashtra has continued as the Shiv Sena, leader of the ruling MVA (Maha Vikas Aghadi or Maharashtra Development Front) government has witnessed a serious internal crisis.

Uddhav Thackeray, the state’s chief minister, has found himself engaged in an intense tug-of-war with rebel minister Eknath Shinde. While the former is trying to retain support of his lawmakers so that the coalition doesn’t lose its majority in the state legislature, the latter is leaving no stone unturned to gather the ‘magic number’ of legislators to avoid the anti-defection law.

The drama started after Shinde went incommunicado with several Sena lawmakers on Monday (20). They locked themselves in a resort in Surat in the neighbouring state of Gujarat, which is ruled by prime minister Narendra Modi’s Bharatiya Janata Party (BJP).

Sensing trouble, Thackeray moved to secure his remaining legislators. Sanjay Raut, a prominent Sena leader, had been saying till Wednesday (22) that the party was in touch with Shinde and other rebel lawmakers and they would return to the party.

But Shinde had another version as he said that he was in touch with no one else but the rebel members of the legislative assembly (MLAs). He even moved all the rebel MLAs to Guwahati in Assam, another BJP-ruled state located thousands of kilometres away from Maharashtra. Assam chief minister Himanta Biswa Sarma was also seen at the hotel where the Maharashtra MLAs arrived.

The Nationalist Congress Party and the Indian National Congress, the Sena’s major partners in the government, said they were with the Sena but also asserted that it was an internal matter of Thackeray’s party. They also blamed the BJP, which has the highest number of seats in the Maharashtra assembly but could not form the government in 2019 after the Sena joined hands with the NCP, Congress and others, saying it was trying to topple the MVA government to gain power.

As things cornered Thackeray more, there were speculations that he might resign. On Wednesday, he said that he was ready to step down if the rebel legislators wanted so.

“I am preparing my resignation letter. Whoever has rebelled should come here, take this letter and submit it to the Governor,” he said, expressing a hope that somebody from the Sena succeeded him as the chief minister.

Thackeray also vacated his official residence and moved to his family residence in Mumbai as party workers raised slogans and showered petals.
On Thursday (23), Shinde said he had the required number of MLAs with him to avoid the anti-defection law as more legislators were seen reaching the hotel in Guwahati.

The total strength of the Maharashtra assembly is 287 (one seat is vacant due to the death of a legislator) and the magic figure needed to form the government is 144. The MVA coalition has 169 seats but if the Shinde-led rebels resign, it will lose its majority, giving the BJP, which alone has 106 seats, an opportunity to return to power in one of India’s most developed states.