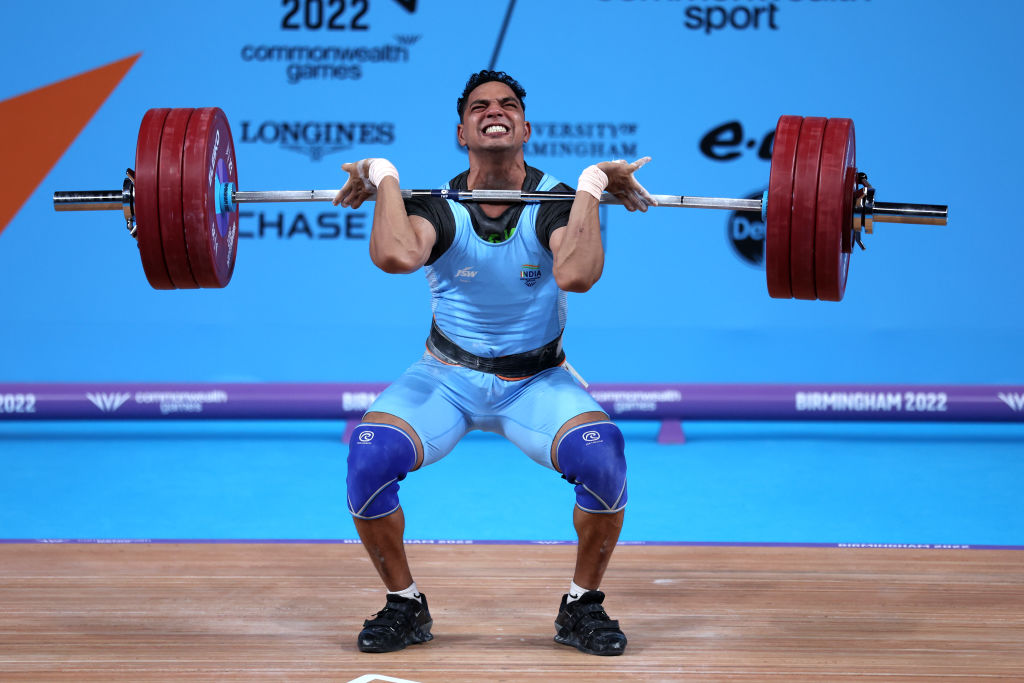 India’s Ajay Singh performs a clean & jerk in the men’s 81kg final category at the Birmingham 2022 Commonwealth Games in the UK on Monday, August 1, 2022. (Photo by Al Bello/Getty Images)

A LOW snatch total and a fluffed clean and jerk lift cost Ajay Singh (81kg) dear as the Indian weightlifter missed the bronze medal by a whisker in his maiden Commonwealth Games appearance, here on Monday.

To the crowds absolute delight, home favourite England’s Chris Murray 325kg (144kg+181kg) grabbed the gold in a sensational manner as he broke the Games record in total lift.

Singh’s event was off to a dodgy start as he initially struggled to gain balance in his opening snatch lift. The Indian stopped just short of the end of the board with one out of the three judges giving him a red light but the 137kg lift was eventually deemed legit.

He went on to heave 140kg and then 143kg, four kilograms less than his personal best and national record, to be in joint-second position alongside Bruce after the snatch section ended.

In the clean and jerk, Singh began with a 172kg lift before increasing four kilograms on the barbells for 176kg, which required a lot of effort for him to execute.

There was a four-way fight for the top spot between Singh, Bruce, Murray and Vachon.

In the end, a low snatch total and a failed 180kg attempt in the clean and jerk cost Singh dear as he missed out on a podium finish.