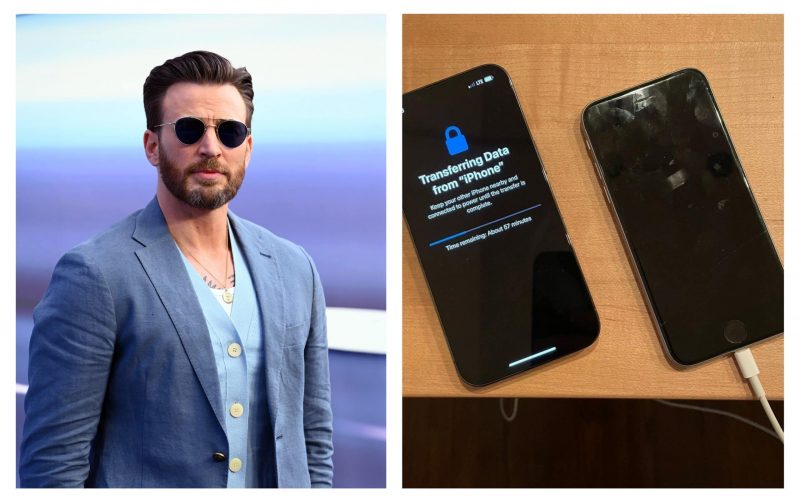 Chris Evans, star of Lightyear and The Avengers, on June 23rd, 2022, posted a message on Twitter and Instagram that he’s finally upgrading his phone.

“RIP iPhone 6S,” he said. “We had a good run. I’ll miss your home button. I won’t miss the nightly battle of trying to get you to charge. Or your grainy pictures. Or your sudden drops from 100% battery, to 15%, to completely dead all within minutes. It was a wild ride. Rest easy, pal.”

It sounds like Evans had issues with a degraded battery and perhaps a non-cooperative lightning port. Despite its age, the iPhone 6S was still officially supported on OS 15, but its end-of-life would have arrived with the public release of iOS 16 expected sometime in the fall.

Replying to the post, actress Octavia Spencer said, “OMG! I just gave up my home button last week. Transitioning to the 13 has been easier than I thought. So…. #IFeelYouBuddy.”

While actress Kate Beckinsale said, “Not the grainy pictures,” Yvette Nicole Brown exclaimed, “Please tell me you didn’t still have the 6?! HOW did that happen to you?!”

Actress Lizze Broadway said, “Why does this bring me so much joy.”

Fans were left shell-shocked after the actor revealed that he still stuck to his iPhone 6s for so long. For the unversed, the phone was released back in September 2014. Taking it to the comments section the fans expressed their views on the same.

One fan commented, “I just love how dramatic he is.”

The second fan commented, “RIP IPHONE 6 YOU WILL BE MISSED”.