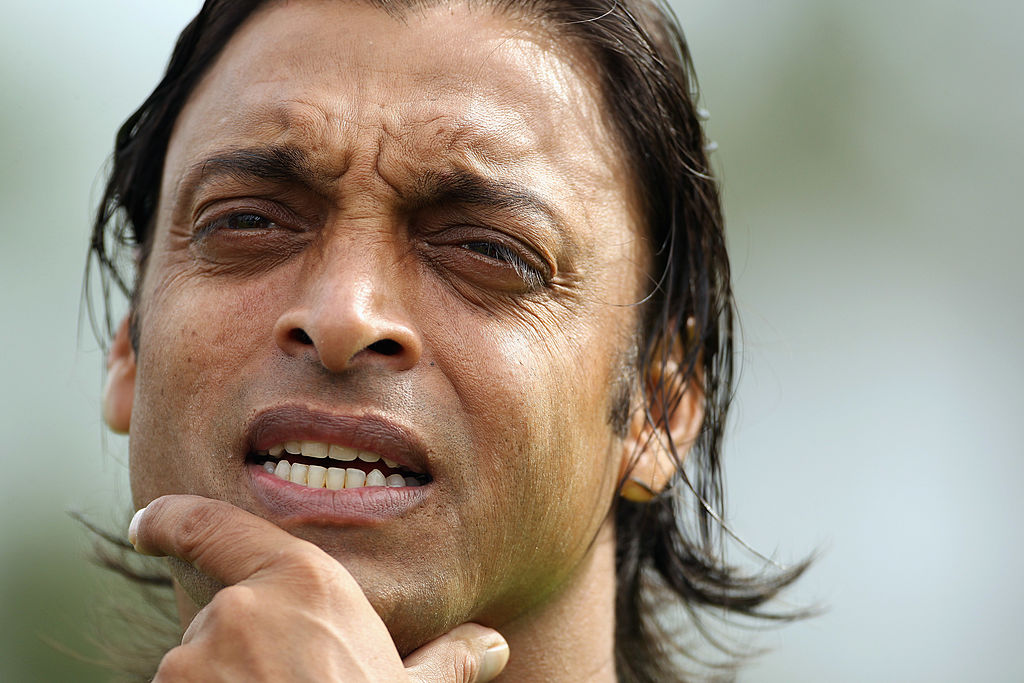 IT seems Virat Kohli, the ace India cricketer who is going through a prolonged dry spell with his bat, has no dearth of friends from across the Wagah border. The 33-year-old, who is not playing in the current white-ball series against the West Indies, has remained under the scanner for his poor form and now, former Pakistan fast bowler Shoaib Akhtar has come up with something special for the former India captain.

The 46-year-old Akhtar, who on Sunday (24) announced the launch of his biopic ‘Rawalpindi Express – Running against the odds’ on social media before hosting a question and answer session with fans, faced a question on Kohli from one of the fans.

The former cricketer, who has 444 international wickets, was interacting with the fans who posed questions for him with the hashtag #Rawalpindiexpressthefilm and when one social media user named Zayan Khan tweeted asking: “One word for Virat Kohli”, the former pacer replied immediately, “Legend already.”

Kohli made his international debut before Akhtar called it a day, the two never faced each other on the 22 yards, also because India and Pakistan play very little cricket nowadays. However, Akhtar is known for his opinions on Indian cricket and its players and his praise for Kohli would undoubtedly earn him more friends in India.

Pakistan captain Babar Azam backs Kohli: ‘This too shall pass’

Akhtar has also backed Kohli in the past when the latter has come under heavy criticism for failing consistently across all formats, including the Indian Premier League.

In his YouTube channel, he had said, “People are saying that he should be dropped. Virat Kohli is finished. There is nothing more left in his career and he would not be able to do anything more in his career. To them, I say Virat Kohli is the greatest player. In the last 10 years, if there has been any greatest player, it is Virat. He has 1-2 bad years, he still has scored runs, just the century has not come.

“As a Pakistani, I’m supporting Virat Kohli because he has 70 centuries. It’s not Candy Crush. Only a great player can score these many centuries, something a normal player can’t do. When Kohli comes out of this phase, it will be a different Virat Kohli.”