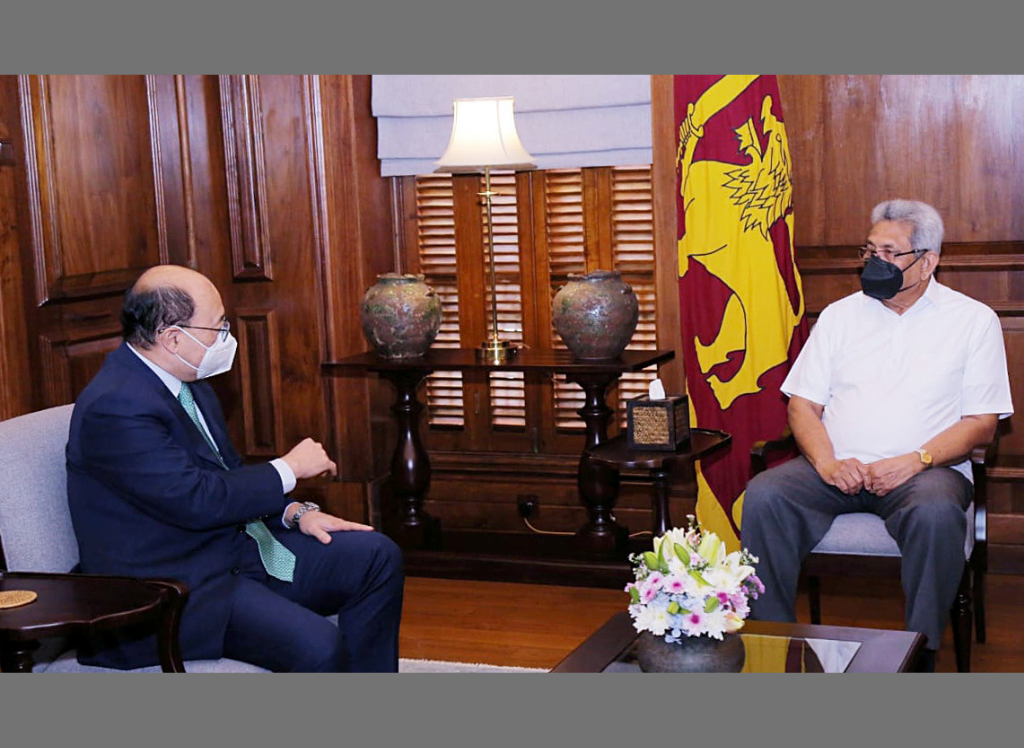 INDIAN foreign secretary Harsh Vardhan Shringla on Tuesday (5) met Sri Lankan president Gotabaya Rajapaksa and spoke on ways to further advance the comprehensive bilateral partnership between the two neighbours at all levels and reaffirmed strong ties of friendship and cooperation.

Shringla on Tuesday concluded his three-day visit to the island-nation to review New Delhi’s bilateral ties with Colombo.

“Foreign Secretary @harshvshringla called on President HE Gotabaya Rajapaksa @GotabayaR today,” the High Commission of India in the Sri Lankan capital said in a tweet.

“They reaffirmed the strong ties of friendship & cooperation between India & Sri Lanka and discussed ways to further advance this comprehensive partnership at all levels,” it added.

Foreign Secretary @harshvshringla called on President HE Gotabaya Rajapaksa @GotabayaR today. They reaffirmed the strong ties of friendship & cooperation between India & Sri Lanka and discussed ways to further advance this comprehensive partnership at all levels.@MEAIndia pic.twitter.com/0OuGJALlkp

The Shringla-Gotabaya meeting took place a day after the president returned from a trip to the US where he attended the annual UN General Assembly session. The Indian diplomat also interacted with the Indian High Commission officers at the Mission premises.

“Team HCI is truly grateful for his words of encouragement and support,” the high commission said in another tweet.

During a meeting with the Tamil leaders on Monday, Shringla reaffirmed India’s commitment to protect the rights of Sri Lanka’s minority Tamil community through full implementation of the 13th Amendment to the Sri Lankan Constitution, early convening of Provincial Council elections and achieving reconciliation. The 13th Amendment, which was brought in after the Indo-Sri Lankan agreement of 1987, provides for devolution of power to the Tamil community.

India has been calling upon Sri Lanka to fulfil its commitments to protect the interests of the Tamil community and preserve the country’s character as a multi-ethnic and multi-religious society.