Mum convicted of neglecting her son 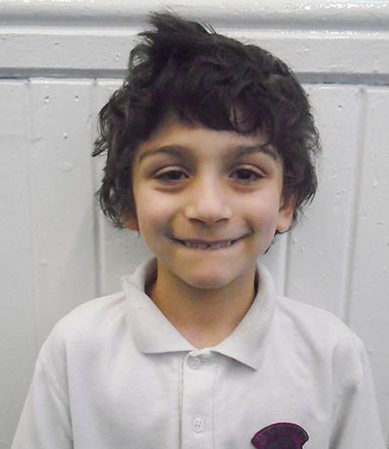 A MOTHER who repurposed her asthmatic son’s inhaler to feed her drugs habit and neglected his health has been found guilty of manslaughter.

Laura Heath, 40, of no fixed address, was found guilty of causing her son’s death through not keeping his asthma under control. The court heard how she “prioritised her addiction to heroin and crack cocaine” over her son’s care.

During the trial at Coventry crown court, the jury was shown an image of how Heath repurposed Hakeem’s asthma inhaler as a crack pipe.

Heath was convicted last Friday (22) of gross negligence and manslaughter, after admitting to four counts of child cruelty prior to the trial. Two counts included exposing Hakeem to class A drugs and failing to provide proper medical supervision.

Hakeem died in the Nechells area of Birmingham on the morning of November 26, 2017. He had gone outside in the night to get some air during an asthma attack and was found dead the following morning. There was no sign of any asthma medication on his body. The toxicology report later showed he had ingested heroin, crack cocaine and cannabis, likely through inhalation of second-hand smoke.

Heath told police she had smoked three bags of heroin around the time of Hakeem’s death. Two were prior to his bedtime at 10.30pm and one afterwards, which left her in a drug-induced sleep the night her son died.

Jurors heard how Heath and Hakeem shuffled between properties in Long Acre and Cook Street at the time of his death. One witness described the conditions in the first property as “disgusting”. The same witness said Hakeem had no bed and slept on the sofa instead.

Evidence was also found at the property that Heath used an upstairs bedroom for sex work to fund her drug habit; a basket of condoms was found there.

Speaking to the BBC, staff and pupils at Nechells E-Act Academy paid tribute to Hakeem. They described him as a “beautiful little boy, a great friend to many staff and children with a wicket sense of humour and an infectious giggle”.

It emerged during the trial that social services in Birmingham were aware of Hakeem. A nurse at a child protection conference held two days before his death said he “could die at the weekend”. Social workers at the conference voted to act to protect Hakeem and planned to speak to Heath the following Monday.  Unfortunately, by then he was already dead. This prompted a serious case review into the contact agencies had with Hakeem and Heath before his death; the results will be published within weeks.

Pharmacy records revealed that in the final two months of his life, Hakeem’s mother had only given him one-third of the prescribed quantity of asthma prevention medication.

Crown counsel Matthew Brook also said Hakeem had repeatedly been absent from school and had three emergency hospital admissions. On the third occasion, he had spent four days in Birmingham Children’s Hospital’s high dependency unit for four days in September 2017, receiving treatment for his “lifethreatening”, condition.

The head of Birmingham Children’s Trust, which took over child services in 2018 said there were “clear missed opportunities”, in social services’ handling of Hakeem’s case.