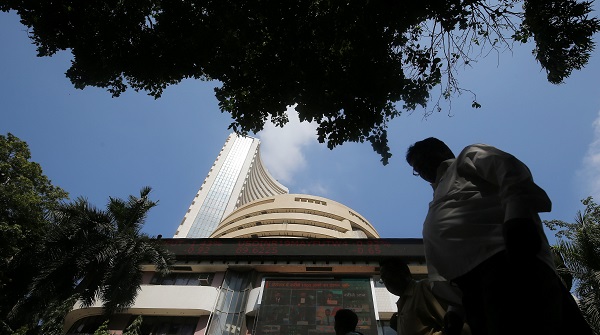 The rupee jumped one per cent to 69.53 per dollar and was on course to post its biggest one-day gain in five months, while stocks in Mumbai surged more than three per cent, set for their best intra-day gain since the first quarter of 2016 (Photo: REUTERS/Francis Mascarenhas).

EMERGING market stocks and currencies rose on Monday (20), with Indian assets cheering exit polls suggesting a victory for the ruling party in general elections, while the intensifying Sino-US trade war kept the pressure on Chinese equities.

Rebounding from last week’s declines, MSCI’s index of emerging market currencies and shares was up 0.09 per cent at 0821 GMT.

The rupee jumped one per cent to 69.53 per dollar and was on course to post its biggest one-day gain in five months, while stocks in Mumbai surged more than three per cent, set for their best intraday gain since the first quarter of 2016.

Exit polls showed incumbent Narendra Modi is likely to return to power with an even bigger majority in parliament after a mammoth general election that ended on Sunday (19).

Samrat Dasgupta, a fund manager at Esquire Capital Investment Advisors warned that while a rally could be expected for the next few days, further upside – even if the outcome matches the polls – will be limited as people will wait to see what policies will be made by the new government as the economy passes through a rough patch.

China stocks fell after news that Google has suspended some business with Huawei following Washington’s blacklisting of the Chinese telecoms giant last week.

The yuan, however, rose against a soft dollar helped by a firmer-than-expected midpoint and the central bank’s pledge to keep the currency stable.

In Turkey, the lira erased early losses to trade 0.2 per cent higher as the dollar weakened, while stocks were flat.

As the country takes measures to help the struggling currency, fresh negativity hit the lira after president Tayyip Erdogan pressed ahead with the purchase of defence systems from Russia, further pressuring Turkey’s fragile relations with the US.

The Russian rouble rose, in line with higher oil prices, while South Africa’s rand climbed half a per cent.