Tokyo Olympics: 5 ways in which it will be different 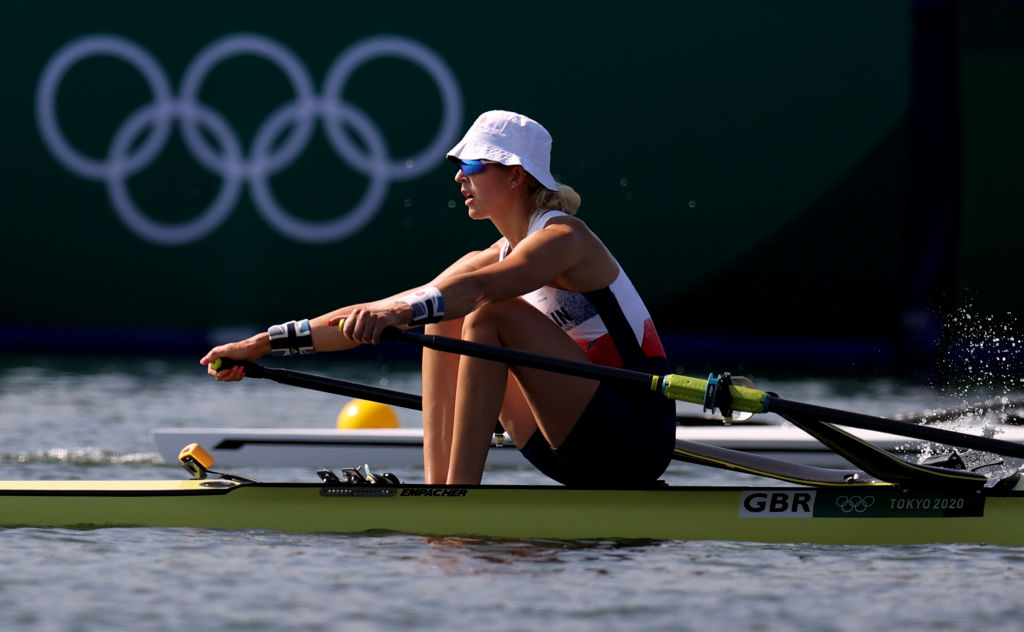 Victoria Thornley of Team Great Britain Women’s Single Sculls (W1x) in action during a training session ahead of the Tokyo 2020 Olympic Games on July 22, 2021. (Photo by Naomi Baker/Getty Images)

TOKYO 2020 will be an Olympics like no other: held during a pandemic with crowds of tourists banned, extravagant celebrations replaced by tough infection controls, and even victory hugs off the cards.

Here are some of the ways the pandemic-delayed Games will be different:

But the coronavirus-era version on July 23 will be “simpler and more restrained”, organisers have said, to reduce infection risks and stay “in tune with the situation”.

Fewer athletes will attend the opening and closing ceremonies, Olympic officials said in January, with reports at the time suggesting just 6,000 of the 11,000 competitors would be at the opener.

Tokyo’s ceremonies are also expected to have a sombre aspect – paying tribute to the millions killed in the coronavirus pandemic as well as the victims of Japan’s 2011 quake, tsunami and nuclear disaster.

Athletes will have to put their own medals on, and they won’t be able to kiss them, because they must wear a mask on the podium.

This could make candid moments – like when cyclist Bradley Wiggins suddenly pulled a silly face as the British national anthem played in Rio – less likely.

Other fun photo-ops will also be difficult to repeat in Tokyo, where athletes are required to keep a distance of two metres from other participants.

At Rio, a snap of US gymnast Ragan Smith – who is just 1.37m tall – standing next to 2.11m basketball player DeAndrew Jordan went viral, as did a selfie from a pair of North and South Korean gymnasts.

Even without social distancing, the latter is now impossible, as North Korea has pulled out of the Tokyo Games to protect its athletes from the virus.

Japan had hoped for a huge influx of visitors this summer, boosting business for hotels, tour operators and Tokyo’s many cat cafes.

But overseas spectators were barred months ago, and now nearly all Games events will take place behind closed doors.

The number of people entering Japan for the Olympics and Paralympics will be halved, with around 68,500 athletes, coaches, backroom staff, officials, IOC members, media and broadcasters expected – down from an estimated 200,000.

Participants will mostly be confined to their accommodation, with sightseeing forbidden and athletes required to leave the Olympic Village 48 hours after they finish competing.

But this summer, singing is to be avoided along with shouting and cheering. Participants are instead urged to clap or find other ways to celebrate that does not risk spreading droplets

Fireworks, banners, mascots and other flashy spectacles will also be scaled back at Tokyo, to cut costs which have ballooned since the event was postponed.

Athletes will take daily virus tests and are advised to “keep physical interactions with others to a minimum”.

But whether this will put a dampener on notorious Olympic Village hook-ups remains to be seen. Organisers are still planning to hand out 160,000 condoms, but say athletes won’t get them until they are leaving, and will be told they’re for use back in their home countries.

Hugs, handshakes and high-fives are all discouraged – reducing the chances of a controversy like when Egyptian judoka Islam El Shehaby refused to shake the hand of Israel’s Os Sasson at Rio after losing to him.

El Shehaby was booed by the crowd – another no-no at the Tokyo Games – and was eventually sent home from Rio.

At Tokyo 2020, athletes, media and other officials who break the virus rules could face disqualification from the Games or even deportation from Japan.