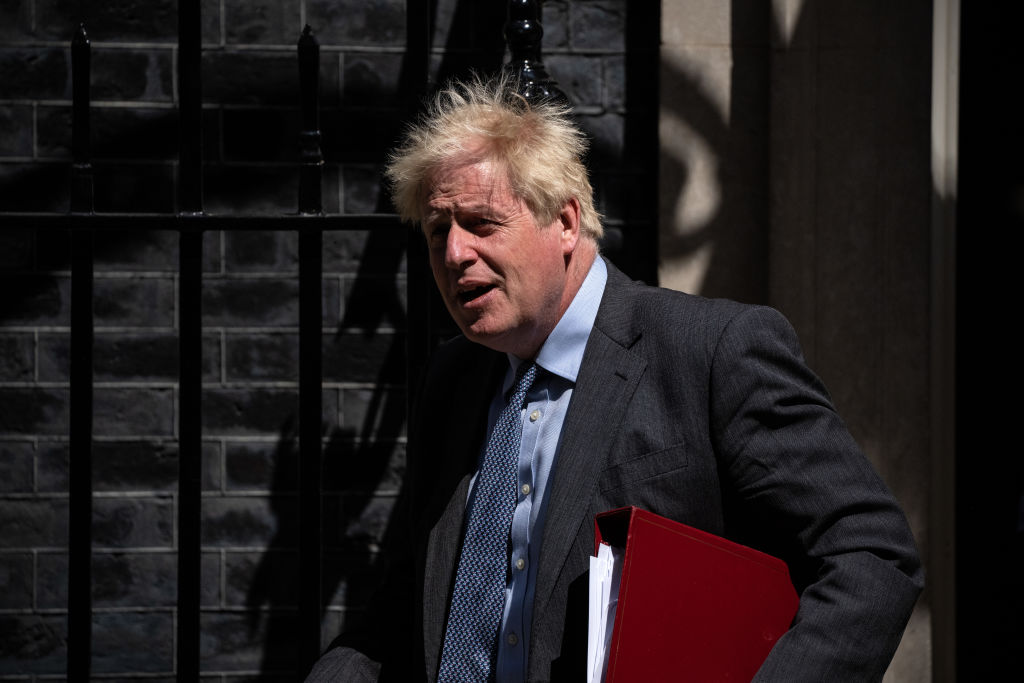 BRITISH prime minister Boris Johnson on Friday (17) flew out to Ukraine to meet President Volodymyr Zelensky during a surprise visit to the capital Kyiv, where he launched a major training operation for Ukrainian armed forces with the potential to train up to 10,000 soldiers every 120 days.

Johnson told Zelenskyy that the UK’s landmark programme could fundamentally change the equation of the war, ensuring the armed forces of Ukraine have the resilience they need to fight the Russian forces of President Vladimir Putin.

He was due to address a summit in Doncaster in northern England but tweeted to reveal he was in Kyiv instead.   “Mr President, Volodymyr, it is good to be in Kyiv again,” said Johnson.

It is good to be in Kyiv again. pic.twitter.com/wbpMuf6YqY

In a statement from Downing Street, the prime minister stressed that the UK will be with Ukraine until they “ultimately prevail”.       “My visit today, in the depths of this war, is to send a clear and simple message to the Ukrainian people: the UK is with you, and we will be with you until you ultimately prevail,” said Johnson.

Johnson and Zelensky are said to have discussed the situation in Ukraine and how the latest UK-led programme would train and drill the armed forces of Ukraine using battle-proven British Army expertise, allowing them to accelerate their deployment, rebuild their forces, and scale-up their resistance.

“As Ukrainian soldiers fire UK missiles in defence of your nation’s sovereignty, they do so also in defence of the very freedoms we take for granted. That is why I have offered President Zelenskyy a major new military training programme that could change the equation of this war –harnessing that most powerful of forces, the Ukrainian determination to win,” Johnson said.

“Two months on from my last visit, the Ukrainian grit, determination and resilience is stronger than ever, and I know that unbreakable resolve will long outlive the vain ambitions of President Putin,” he added.

The previous Operation Orbital saw the UK train more than 22,000 Ukrainian personnel from 2015 until the full-scale invasion of Ukraine.

The new programme would train forces outside of the UK. Each soldier would spend three weeks on the training course, learning battle winning skills for the front line, as well as basic medical training, cyber-security and counter explosive tactics. Alongside the training offer, the leaders also discussed how the UK can play a “pivotal role” in ending the blockade of grain.

Downing Street said the training programme builds on the UK’s global leadership in supporting Ukraine in its valiant defence of its country.    The UK has pledged more than 1.3 billion pounds in economic and humanitarian support to Ukraine – including more than 5,000 NLAW anti-tank missiles, long-range multiple launch rocket systems, and artillery systems including 155mm Self Propelled Guns. “Glad to see our country’s great friend Boris Johnson in Kyiv again,” said a message on Zelensky’s Telegram account.

Back in April, Johnson became the first leader of a G7 country to travel to Kyiv after the Russia-Ukraine conflict began. The visit on Friday came a day after Zelenskyy was visited by French President Emmanuel Macron, Germany’s Olaf Scholz and Italy’s Mario Draghi as Ukraine made a formal bid to join the European Union.