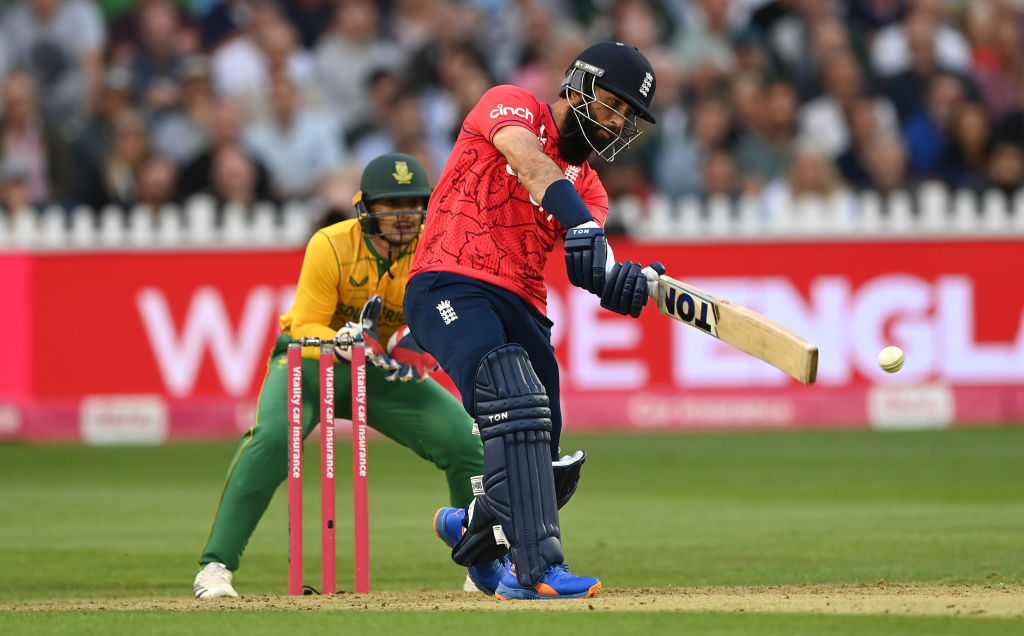 ENGLAND put up a powerful show in the first T20 international against South Africa at the Country Ground in Bristol on Wednesday (27) to win the match by 41 runs.

Proteas captain David Miller won the toss and asked the hosts to bat and they posted a formidable 234 for 6 wickets in 20 overs, thanks to Jonny Bairstow’s 90 off 53, Moeen Ali’s 52 off 18 balls and Dawid Malan’s 43 off 23. The Three Lions achieved a record of hitting the most number of sixes in a T20 innings (20). Lungi Ngidi was the best bowler for South Africa as he picked five wickets for 39 runs, his maiden fifer in the shortest format.

In reply to the big target, South Africa lost their big-hitting opener Quinton de Kock early and their batting revolved around Reeza Hendricks (57 off 33) and Tristan Stubbs (72 off 28). The Proteas finished at 193 for eight in their 20 overs. Richard Gleeson was the best England bowler in the game with three wickets for 51 runs while Reece Topley and Adil Rashid took two each.

Ali was picked as the man of the match for his quick fifty and also one wicket.

England take 1-0 lead in the three match series the second of which will be played at Sophia Gardens in Cardiff on Thursday (28).