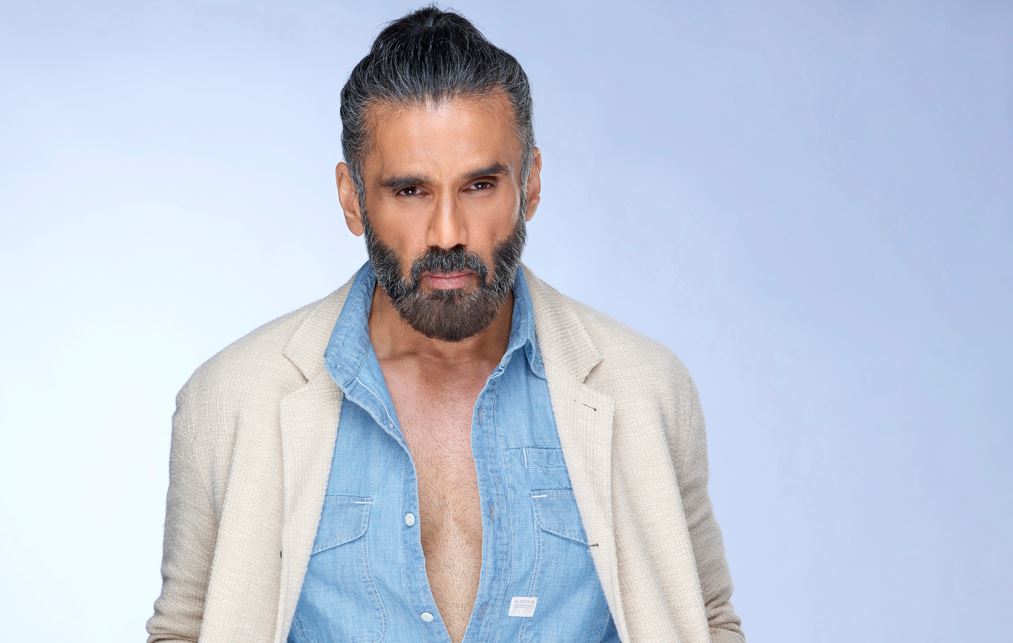 EXPLOSIVE MX Player web series Dharavi Bank has not only been a big critical and commercial success, but has also given acclaimed actor Suniel Shetty an opportunity to deliver one of the finest dramatic performances of recent years.

His terrific turn as a fearless godfather-like figure trying to out-manoeuvre police and his rivals, has kicked off an interesting new phase for the popular Bollywood star, who has a distinguished three-decade old film career. He is looking forward to taking on more  challenges and doing his best-ever work.

Eastern Eye caught up with the Hindi cinema great to discuss his debut web drama Dharavi Bank, larger-than-life character, acting, inspirations and why he believes this is the most exciting time for him as an actor.

What does acting mean to you after all these years?

Acting for me now still means a hell of a lot because it has kept my interest alive in working. It’s given me more reason to stay healthier, fitter and to keep learning. When you keep learning is when you keep growing, so acting remains a very important part of my life.

What is the secret of keeping that passion so strong after such a long career?

My passion for acting is more alive than ever because I believe I’ve just begun to understand the medium better. These few years when I took time away enabled me to step back and understand more. I watched a lot more, including other actors, and believe I’ve learned so much, which has now inspired me to showcase my talent in a different way.

Tell us about that?

Keeping that passion alive is definitely an opportunity to do different kinds of roles now because I’ve come of age. I can play important, beautiful and different characters on diverse platforms, and languages. Also, play my age and enjoy the journey more, instead of competing with anybody. Now it’s more about competing with yourself in every project you do, and hopefully keep doing better work.

Have you deliberately been mixing up languages and genres in recent years?

Yes, I have purposely been doing different languages and genres. I had taken a huge break and probably wanted to understand whether I still know my craft, so I was testing the waters elsewhere. I’m glad I did because films in different genres and languages are being accepted in a big way, which enables me to subsequently increase my base when it comes to relationships across all the film industries.

What does a project need for you to be a part of it today?

All that a project needs today is a great role. The character must be well written and part of a great story, with a good director and producer at the helm. Overall, a fantastically packaged product, where you know for a fact that, come what may, the subject will stand out and hopefully your work will too.

It is just something amazing that has been a part of the Mumbai system and gave me a strongly written character with a lot of layers. It enabled me to play my age and godfather to so many people, which he was. It had that realism and gave me an opportunity to shoot in Dharavi, which was just super-duper exciting.

Tell us about the character you play?

Well, Thalaivan is the cop’s biggest enemy, but also the people’s messiah. He is godfather to the people of Dharavi, which is a Rs 30,000-crore industry spread over 523 acres. It is a land he controls fearlessly. He will do anything for his family and the people. You have seen shows and films where the biggest dons run away every time the police are after them. But here he stays in his own terrain and challenges the police to come in.

And he’s based on a real person?

This character was unreal and was part of the heartland of Mumbai. It took over 15 years for the cops to even get close to him. So that says a lot about the character, his obsession for his family and everything he does. He’s black, grey and white, but he does everything with utmost honesty. So, it’s a crazy character that was very exciting for me to play.

What do you love about the series?

The story and characters of Dharavi Bank. The cop versus robbers, the cat and mouse, oneupmanship and games they play against each other. It’s a game of chess and to see who plays that particular period or day better than the other, so I love that bit of it.

As someone who has been in films, did your approach as an actor change for a web series?

My approach did change, keeping the character, age, story and setting in mind. The calmness of the character from the exterior and turmoil within. The diction, more than the language itself, was a challenge. Coming from a south background, the kind of language I had to use was very challenging. I had to do my Hindi wrong. Speaking correct Hindi is not a problem, but speaking it wrong was a huge challenge. I guess I managed to do that, not with ease but with a lot of difficulty, but I think eventually it turned out right. Having a great director and writer did help, and great actors only help you grow as far as your craft goes.

How much does the success of Dharavi Bank mean to you?

The huge success of Dharavi has helped me immensely. Number one, confidence. You know, after a long time to be coming back to work and everybody talking about the show and  performance is the biggest high for an actor. I think Dharavi has done just that for me – got me great work I can choose. I now want to make sure I’m associated only with the right projects and characters, and not for any other reason, so I am looking forward to this part of my career and journey now.

What do you think is the secret of the show’s success?

Success is a good team, stories, direction, dialogues, cinematography, and background. I think it’s mounted brilliantly, and the creative team has done an unbelievable job with the production. The distribution and marketing to reach the right kind of audience is important, which has been done. I think the team effort worked and it shows. The actors around you make you look even better and far more exciting.

Will you be doing more web serials?

Yes, for sure, because I like the way the stories unfold. From an actor’s perspective, there’s more scope to perform the layering of your own character. It’s a huge opportunity to prove yourself as an actor and that’s what one wants to do at this stage of their life.

Will there be a Hera Pheri 3?

Yes, fingers crossed. I am looking forward to it.

Do you have any unfulfilled acting ambitions after all this time?

You never fulfil your ambition as an actor. Every time you want to do something different, more challenging, even more exciting and something people can appreciate. So, I guess more challenging roles. I’ve been getting quite a few because when you mature, you do get characters that you dream of. I’m getting quite a few more great characters, fingers crossed, and hopefully things should fall into place.

What was it like seeing your son Ahan Shetty make his film debut in Tadap?

I had tears in my eyes when I saw him. I’m glad that he did Tadap with a seasoned director and producer. He has got a lot of appreciation and I’m now looking forward to new films that he’s doing.

Did you expect Ahan to have such great screen presence?

I’m glad people feel he has tremendous screen presence. I thought so too. The fact he carried his off-screen personality on screen was very exciting. I know very clearly that he is ready to master his craft and work as hard as it takes. He’s played the waiting game when it comes to accepting scripts. He hopefully has two or three big films to be announced soon.

As far as work goes, watching my fellow actors achieve so much and give so much back to society inspires me. It keeps you going, keeps you active and also helps people along the way.

Why do you love being an actor?

I think the affection, adulation, excitement, and everything about being an actor, is unbelievable. I get to play a different role every time, travel and understand new characters and their emotions. It’s a very exciting job. Above all, it’s the love and respect that you get from people. It inspires you to work hard, carry yourself well, be humble, approachable, and sincere. I think it’s the best place to be. I would not want to do anything else in my life or even in my next life but be an actor.