‘Farewell chief, you’ll always be a shining light in the sky’ 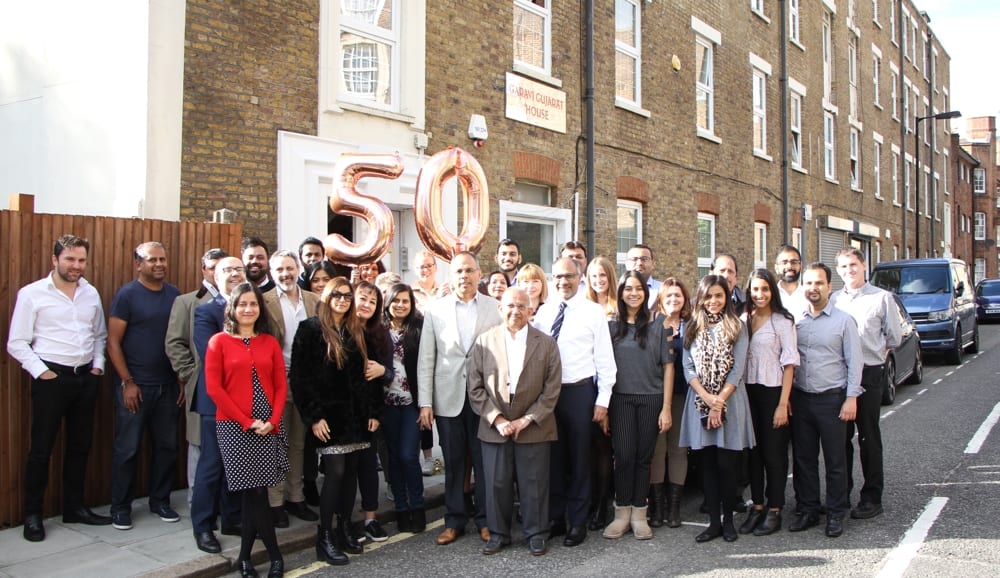 Mr Solanki celebrates 50 years of GG with his London staff.

IT is with huge sadness and no little emotion that I pen these words – I am not sure any tribute can truly reflect the immense admiration and respect I had for Mr Solanki.

He was without doubt, the editor’s editor; it feels like this phrase belonged to him; and truly it should.

He inspired me throughout my time at the Asian Media Group. This was a journalist who had seen and done everything and while I might not have shown it – (it’s a good quality as an editor not to show too much emotion, passion, yes, in measure and for the subjects and your role) – it was in sheer awe that I stood before him every day in the office.

Though it has been eight years since I left Eastern Eye, my memories of Mr Solanki, as an editor and a journalist, (that is how we start out and is what we are – regardless of the titles, awards and honours we might receive), and a man, are still very vivid.

Whenever I went to his office, I would smile at the picture of him and prime minister Margaret Thatcher so proudly displayed on his wall. Forget the politics – it was a sign of something larger and far more important – it was recognition and respect for a community and that spoke volumes about Mr Solanki and his journalistic credentials. He represented the Asian community – all of us and he had achieved that position of respect, through his own hard work, talent and ambition. Every day, I marvelled at that – a single journalist, with a supportive wife, conquering Britain and then the world.

I knew how he had started Garavi Gujarat, the early, difficult years and how passionate he was about the title, and how he wanted it to be a voice and have a soul – and be a meeting place for others to share their stories, for important issues to be debated and also provide entertainment and humour along the way.

He had achieved so much not just for himself, but the community at large. We were at the top table – as a community – because of journalists like Mr Solanki.

Remember, this was someone I met in their 60s but with the vigour and energy and enthusiasm of someone just starting out. It was what I loved about him the most.

That after 40 plus years of writing, interviewing, reporting (all subtly different), he was still enjoying it and imparting his vision and dedication to others – without even realising it. He would, on many an occasion, come to my desk and give me a cutting and say, ‘Good story’. He was never ever wrong about that. Never.

That instinct and skill is hard to teach, it can’t be (I think); it’s a very particular type of wisdom.

I know there will be immense pain and sadness and my heart goes out to everyone, but if you ever feel that emotion getting the better of you, look up, see what one man and his family achieved and the very substantial and culturally rich legacy he leaves behind… and you, like me, will smile and be inspired.

In fact, so much so that my own life has been impacted greatly – for I doubt in many ways, whether I would have created my own publication without the example and inspiration of Mr Solanki.

He will always be, in a very personal and abstract way, my editor-in-chief and a shining star in the sky, I will forever raise my eyes towards. Farewell, chief.