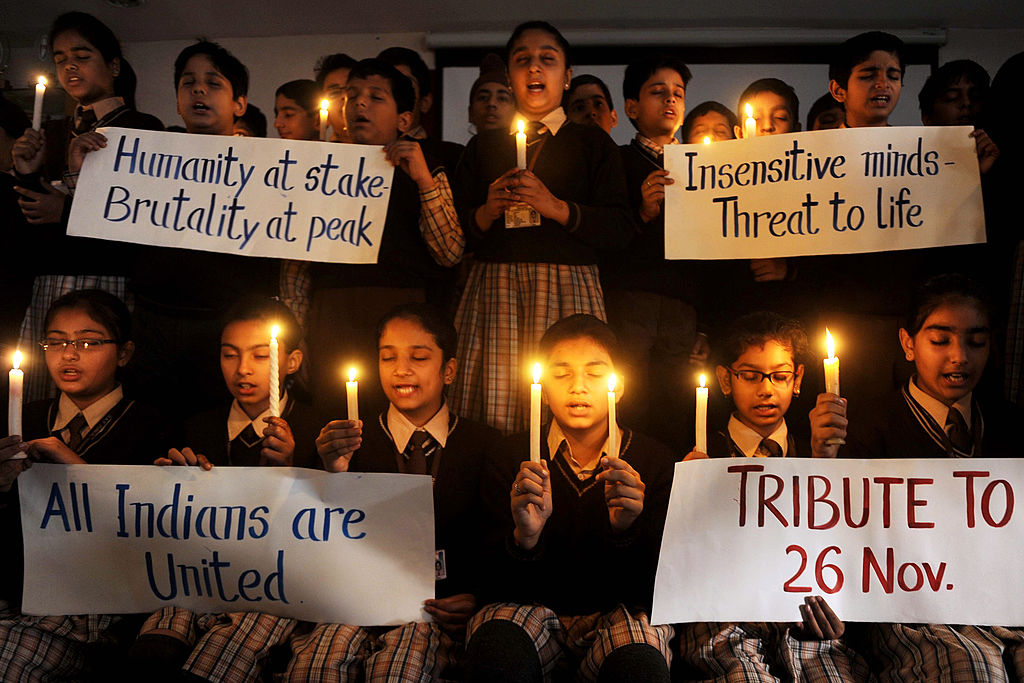 TRIBUTES were paid on Friday (26) to the martyrs on the 13th anniversary of the 26/11 terror attacks that had rocked India’s financial capital of Mumbai.

Indian president Ram Nath Kovind paid tributes to the martyrs and homage to the victims and said the nation will always be grateful to the security personnel who laid down their lives in the line of duty.

“My heartfelt tributes to the martyrs and homage to the victims of the 26/11 Mumbai terror attacks. The nation will always be grateful for the bravery and sacrifice of the security forces who laid down their lives in the line of duty,” Kovind tweeted.

Indian prime minister Narendra Modi also remembered the bravehearts who countered the perpetrators of the attack and those who lost their lives.

Addressing an event on India’s Constitution Day in the Central Hall of the Parliament, Modi said, “While we are commemorating ‘Samvidhan Divas’ (Constitution Day) today, we must not forget the brave hearts who countered the 26/11 Mumbai terror attacks and the ones who lost their lives.”

He said the country’s brave soldiers sacrificed their lives while taking on the terrorists.

“Today I bow to those sacrifices too,” Modi said.

At least 174 people were killed in the horrendous attacks, including 20 security force personnel and 26 foreign nationals. More than 300 people were injured.

Former Congress president Rahul Gandhi shared a two-minute video of the pictures of all the martyrs.

“Protects the country by staying at the border away from the family in difficult weather, saves innocents by risking his own life during a terrorist attack. He cares about the world without bothering about his own life, our jawan is the pride of the family, the village and the nation. Salute to the heroes of 26/11 Mumbai Terror Attacks. Jai Hind,” Gandhi said in a tweet in Hindi.

Bhagat Singh Koshiyari, the governor of the western state of Maharashtra where Mumbai is located, paid their respects at the memorial built in the memory of the 26/11 martyrs at the police headquarters in South Mumbai. The martyrs’ memorial has been relocated from the original site at Police Gymkhana in Marine Drive to the police headquarters at Crawford Market in Mumbai due to ongoing work on the Coastal Road project, official sources told Asian News International.

Maharashtra chief minister Uddhav Thackeray, who is recovering in a Mumbai hospital after a spine surgery, also remembered the 26/11 martyrs.

The day, however, saw a comparatively less number of attendees in the wake of Covid-9 pandemic. Family members of some of the martyred police personnel also paid tributes at the memorial. The dignitaries present at the event met the martyrs’ kin.

On November 26, 2008, 10 Lashkar-e-Taiba terrorists originating from Pakistan reached the Indian shores by sea and opened fire, killing 166 people, including 18 security officials and injuring several others during a 60-hour siege in Mumbai.

Nine terrorists were eliminated by the security forces. Ajmal Kasab was the only terrorist who was captured alive and was hanged on November 21, 2012.