India to give £146m credit line for Kyrgyzstan projects 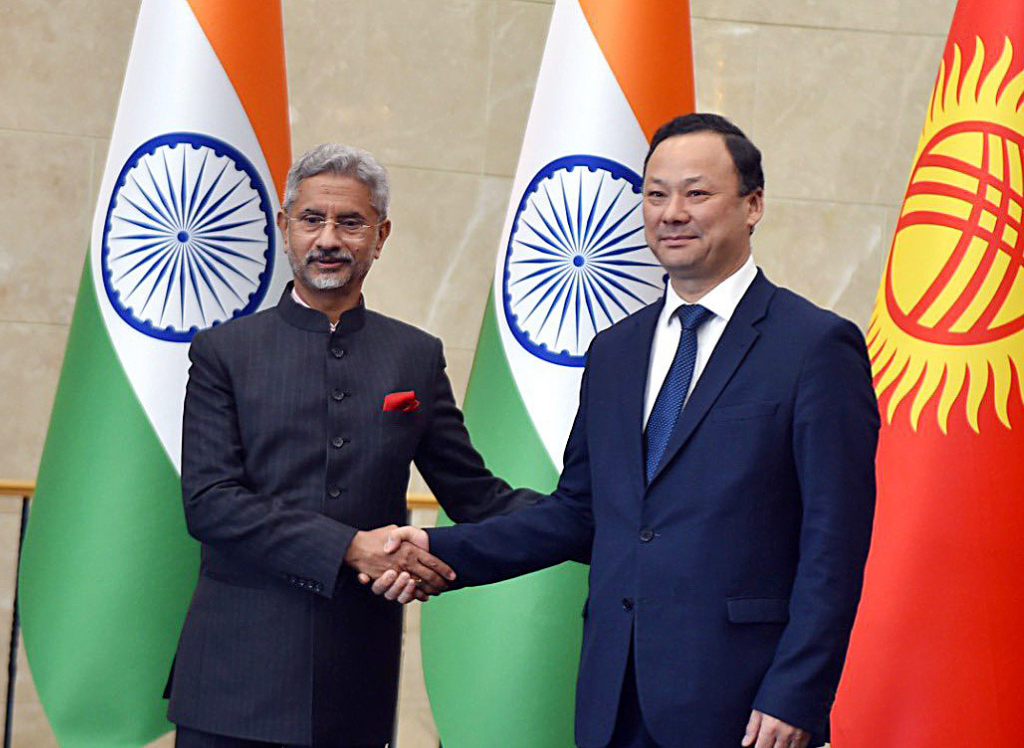 INDIA on Monday (11) agreed to extend a $200 million (£146 million) Line of Credit (LoC) support to Kyrgyzstan for development projects as its external affairs minister Subrahmanyam Jaishankar held “constructive” talks with the leadership of the Central Asian nation to boost the bilateral ties between New Delhi and Bishkek.

The issues over which the leaders of the two countries held talks are defence cooperation and Afghanistan. India and Kyrgyzstan are also members of the Shanghai Cooperation Organisation.

Jaishankar reached Bishkek on Sunday (10) as part of his four-day visit to Kyrgyzstan, Kazakhstan and Armenia with an aim to expand India’s bilateral ties with them.

Paid homage to Mahatma Gandhi at his statue in Bishkek.

Interacted with Indian students who joined me on the occasion. pic.twitter.com/pluIPY0T1k

Very pleased to gift Indian epics and classics to the Manas-Mahatma Gandhi library in Bishkek. Applaud the leadership of Prof. Turgunaliev in strengthening our cultural cooperation. pic.twitter.com/QBmgFlewbu

Appreciate his strong commitment to advance our Strategic Partnership. Discussed expanding our economic and development partnership and people to people contacts. pic.twitter.com/qQNsbhZVfw

Released a dictionary of common words in Hindi and Kyrgyz languages along with FM Kazakbaev.

According to a statement issued by India’s ministry of external affairs, the signing of the memorandum of understanding on High Impact Community Development Projects (HICDP) will help in the implementation of quick community development projects in a number of sectors for the benefit of common people under full grant funding by New Delhi.

Jaishankar said his discussion with the Kyrgyz counterpart included developments in Afghanistan and their implications for the region’s peace and security.

“We are closely following the developments in Afghanistan. It concerns all of us. Any instability in Afghanistan will have an impact in the region. There are expectations of the international community from the current regime in Afghanistan, which are adequately elaborated in the UNSCR 2593,” he said.

“India and Kyrgyz Republic have a shared approach to developments in Afghanistan,” Jaishankar said in another tweet.

He Noted that India and Kyrgyz Republic traditionally share close and cordial relations underpinned by historical and civilisational ties and periodic high-level exchanges between the two countries has helped their bilateral relations.

“Given our common interest in maintaining peace and security in the region, defence and security cooperation occupies an important place in our relations. We evaluated our defence exchanges and personnel-training very positively,” the ministry’s statement quoted Jaishankar as saying.

“We agreed to continue cooperation in the fields of high-altitude training and biomedical research. The conduct of annual military exercise Khanjar despite the constraints of Covid pandemic is noteworthy,” he said in the statement.

The Indian diplomat said one area that needs a concerted push from both sides is bilateral trade and investments.  “We agreed to encourage our Chambers and business to work closely while the governments will continue to play a facilitative role,” he said.

Jaishankar also noted that the signing of the new Bilateral Investment Treaty in 2019 and the mutual agreement on the date of entry into force of the Amended Protocol of the India-Kyrgyz Double Taxation Avoidance Agreement (DTAA) are important steps taken by the two nations.

Reliance was keen in merger with Zee but dropped proposal

ExxonMobil reveals its grand energy plan for India by 2047