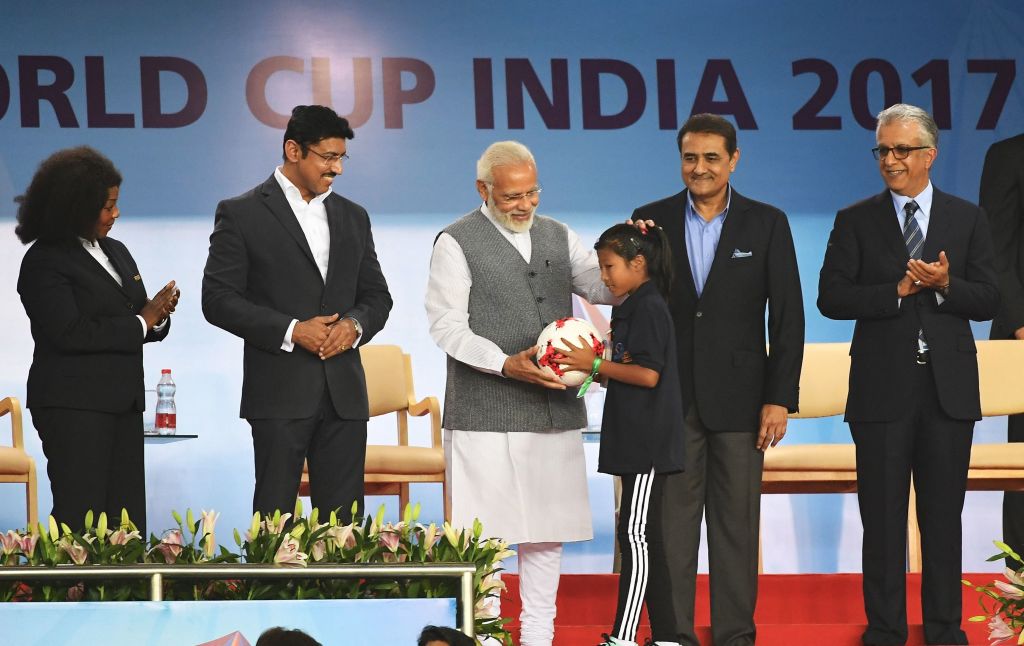 This was revealed during the executive committee meeting of the All India Football Federation (AIFF) in Kolkata in the state of West Bengal on Monday (19).

Infantino’s visit, if it takes place, will coincide with the final leg of the FIFA Women’s U-17 world Cup, which is to be held in the country from October 11 to 30.

“At the start of the meeting, the members were informed that the FIFA President Mr Gianni Infantino may travel to India in the last week of October, to call upon Hon’ble Prime Minister Shri Narendra Modi to discuss the way forward for Indian football,” the AIFF said in a statement issued after the executive committee meeting.

“(AIFF) president briefed the executive committee on the deliberations that took place with the FIFA president and also the possibility of him meeting our prime minister which would be updated once it’s scheduled,” said AIFF secretary general Shaji Prabhakaran.

“That would be an important day once the FIFA president meets our honourable prime minister. They would be making some announcements which would be path-breaking,” he added.

This was the second executive committee meeting of the new dispensation headed by president Kalyan Chaubey and secretary general Prabhakaran.

Former Mohun Bagan and East Bengal goalkeeper Chaubey became the new AIFF president after drubbing former India captain Bhaichung Bhutia 33-1 in the polls decided by 34 members of the electoral college made up of state association representatives.

Chaubey, a Bharatiya Janta Party leader from Bengal, thus became the first former India player to be elected as the head of the country football’s governing body.