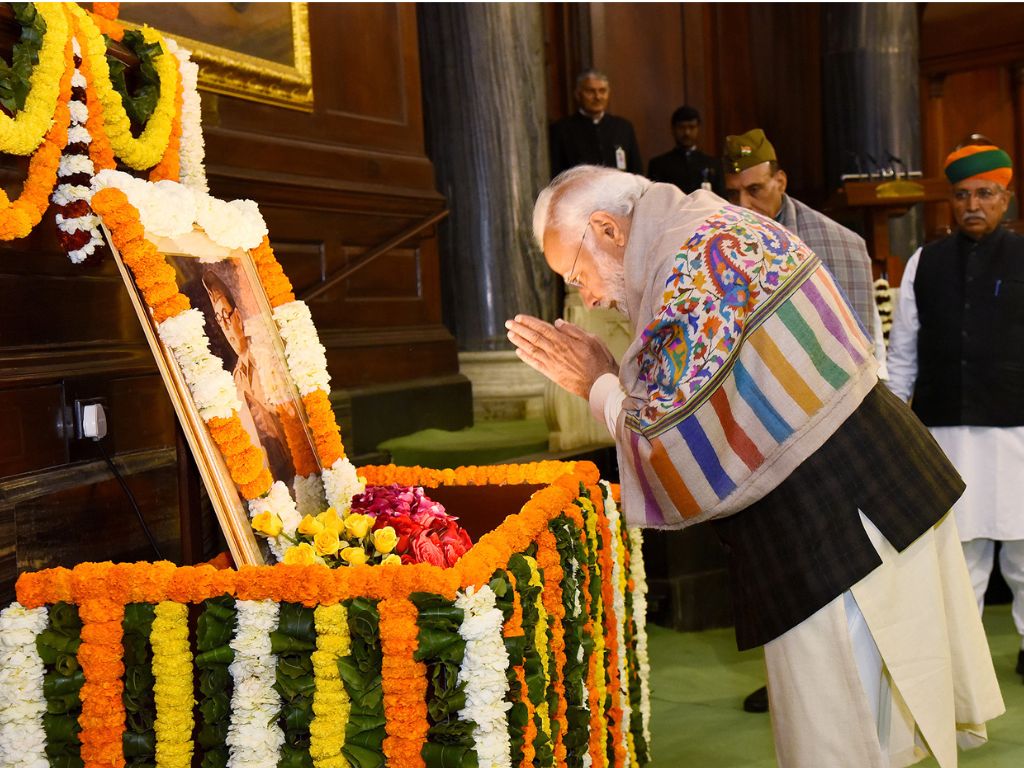 Indian prime minister Narendra Modi on Monday (23) named 21 largest islands of Andaman and Nicobar Islands after the recipients of the country’s prestigious Param Vir Chakra award at a ceremony on the occasion of Parakram Diwas, which is observed on January 23 every year since 2021 to commemorate the birth anniversary of iconic freedom fighter Netaji Subhas Chandra Bose.

On the occasion, Modi also virtually unveiled the model of the National Memorial to be built on Netaji Subhas Chandra Bose Dweep (island) in the Andamans, which was earlier known as Ross Islands.

Naming of 21 islands of Andaman & Nicobar Islands after Param Vir Chakra awardees fills heart of every Indian with pride. https://t.co/tKPawExxMT

Today, on Parakram Diwas, I pay homage to Netaji Subhas Chandra Bose and recall his unparalleled contribution to India’s history. He will be remembered for his fierce resistance to colonial rule. Deeply influenced by his thoughts, we are working to realise his vision for India.

Indian home minister Amit Shah was present at the ceremony in the Andaman and Nicobar Islands in person.

The largest unnamed island was named after the first Param Vir Chakra awardee, Major Somnath Sharma, who lost his life in action on November 3, 1947, while fighting Pakistani infiltrators near Srinagar Airport.

Keeping in mind the historical significance of the Andaman & Nicobar Islands and to honour the memory of Bose, Ross Islands was renamed as Netaji Subhash Chandra Bose Dweep by PM Modi during his visit to the Island in 2018.

“Giving due respect to the real-life heroes of the country has always been accorded the highest priority by the Prime Minister. Going ahead with this spirit, it has now been decided to name the 21 largest unnamed islands of the island group after 21 Param Vir Chakra awardees,” the PMO’s statement added.

During the day, Modi, along with the speaker of Lok Sabha or the Lower House of Indian parliament, Om Birla; leaders of parties in Lok Sabha and Rajya Sabha, the Upper House; current and former parliamentarians and other dignitaries paid floral tributes to the portrait of Bose in the Central Hall of Parliament House.

Born on January 23, 1897, in Cuttack in today’s Odisha, Bose played a crucial role in India’s freedom movement. His death, however, remains an mystery in the pages of history as debate continues till date over the controversy that he had died in a plane crash in Taipei in August 1945.

Last year, Modi unveiled a hologram statue of Bose at India Gate in New Delhi on the occasion of Bose’s 125th birth anniversary.