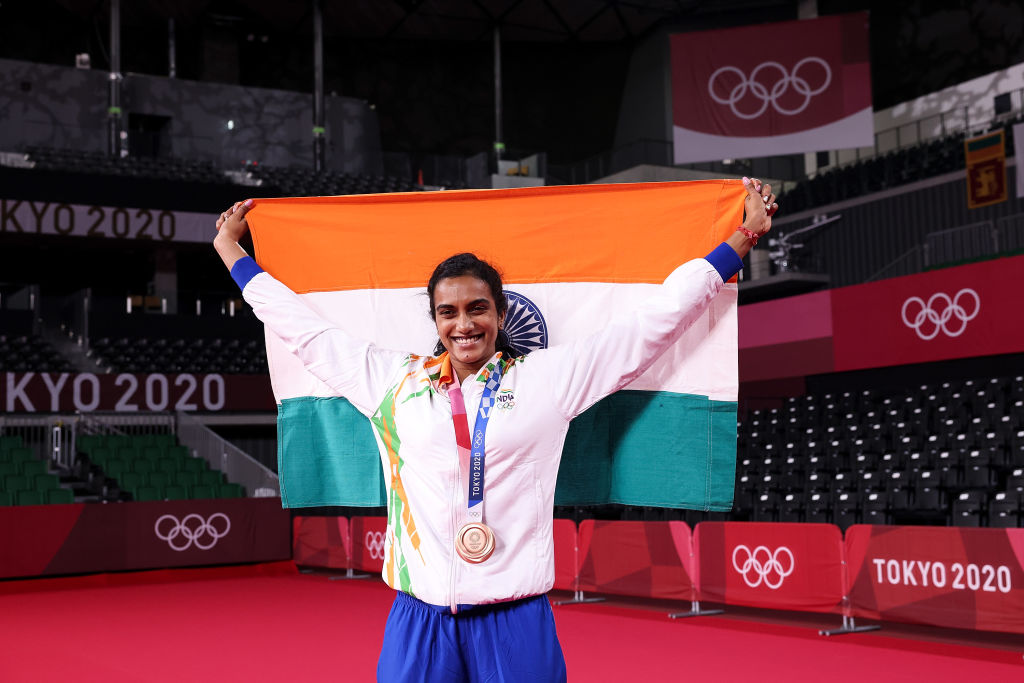 PV Sindhu poses with the bronze and the Indian Tricolour at the Tokyo Olympics. (Photo by Lintao Zhang/Getty Images)

ACE Indian badminton player PV Sindhu on Wednesday (4) returned home from a successful mission at the Tokyo Olympics amid a warm welcome in her home town Hyderabad in the Indian state of Telangana.

The 26-year-old, who is the reigning world champion, won the bronze medal at the Japanese capital and lost only one game during her entire campaign, which was against Chinese Taipei’s Tai Tzu-ying in the semi-final. She defeated China’s He Bing Jiao in the bronze-medal match.

ALSO READ: History-maker PV Sindhu to have ice-cream with Modi

With this feat, Sindhu became the first Indian woman to win two medals at the mega sporting event and overall, the third from the country – after athlete Norman Pritchard who won two silvers in the 1900 edition in Paris and wrestler Sushil Kumar who won a bronze at the 2008 Beijing Games and a silver at the 2012 London Games.

Sindhu was received by Telangana sports minister V Srinivas Goud and other officials at the Rajiv Gandhi International Airport in Hyderabad. Goud felicitated the shuttler, her parents and others and wished that she wins gold medal in the next edition in Paris in 2024.

“Sindhu has made the country and the Telugu-speaking states of Telangana and Andhra Pradesh proud with her achievements,” he said.