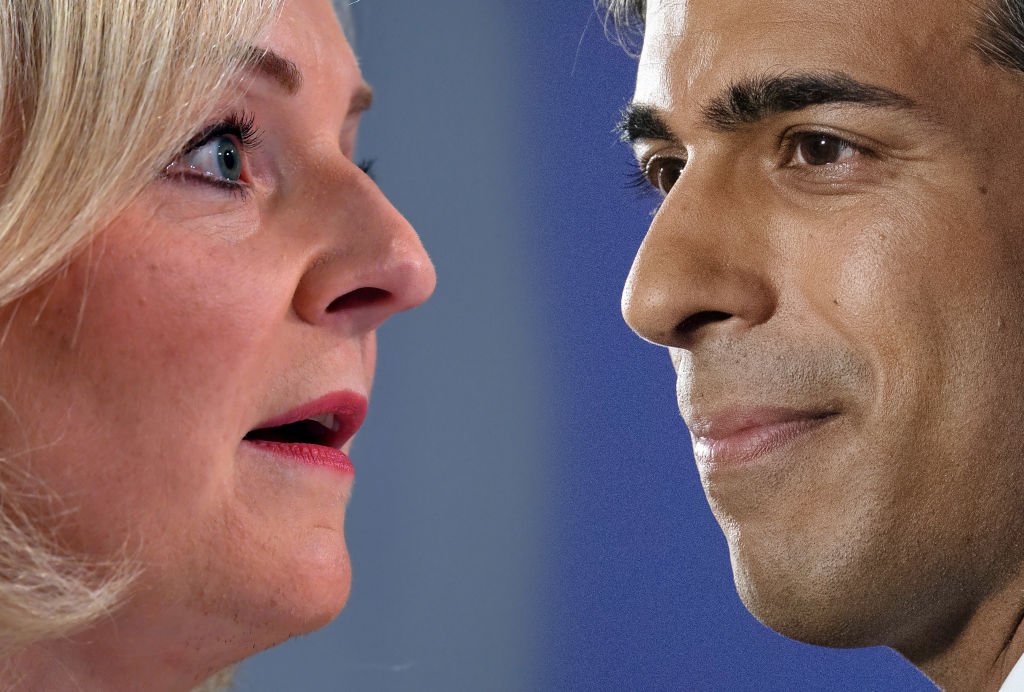 THERE was no clear winner between former UK chancellor Rishi Sunak and foreign secretary Liz Truss on Tuesday (26) after the country’s prime ministerial candidates went head-to-head in their first television debate as finalists and clashed fiercely on their economic policies and tax plans.

A snap Opinium poll of who performed best in the BBC debate on Monday night found Sunak just slightly ahead at 39 per cent, compared to Truss at 38 per cent.

However, 47 per cent of Conservative Party voters quizzed thought it was the Foreign Secretary who was the better performer, with 38 per cent preferring Sunak.

Overall, the survey of 1,032 British adults held that voters could not decide between Sunak and Truss, with just one point dividing the pair. In a reflection of what a general election might throw up, data showed that 41 per cent of Opposition Labour Party voters in the survey thought 42-year-old Sunak did better while 30 per cent preferred Truss.

Of those surveyed, 43 per cent also said the Conservatives should elect Sunak while 41 per cent said they should elect 47-year-old Truss, with 12 per cent either choosing “do not know” or abstaining.

“You’ve promised over 40 billion pounds of unfunded tax cuts – 40 billion pounds more borrowing,” said Sunak, repeatedly confronting his opponent on her pledge to cut taxes from day one as a new prime minister.

“That is the country’s credit card, and it’s our children and grandchildren, everyone here’s kids will pick up the tab for that. There’s nothing Conservative about it,” he said. The former Chancellor insists the UK’s tax burden is the result of the unprecedented levels of government spending needed to keep the economy afloat during the Covid pandemic and that getting a grip on inflation is a priority before any tax cuts.

He warned that Truss’ tax cut plan would “tip millions of people into misery” and cost the Tories the next general election, expected around 2024. The Foreign Secretary, meanwhile, insisted that no other country was putting up taxes and accused Sunak of having no plan for growth.

“This Chancellor has raised taxes to the highest rate in 70 years, and we’re now predicted a recession. The truth is in the figures,” she said. The debate got heated at several points as the economic policy remained the key dividing line during the fiery programme entitled ‘Our Next Prime Minister’, which also saw the pair grilled on their tough stance on China and even their dress sense after jibes on social media over Sunak’s expensive tastes.

Sunak was defiant and said he was “not going to apologise” for his background, adding that his parents had worked hard and saved for him and his siblings to get a good, if expensive, education. “Such aspirational values are Conservative,” he declared, attracting a round of applause from the audience in Stoke-on-Trent in central England.

Truss sought to downplay her camp’s jibes at the British Indian ex-minister’s choice of attire, saying she did not have “any issue with how expensive anybody else’s clothes are” and is “not going to give Rishi fashion advice”, adding that she is a “great admirer of his dress sense”.

During the more mellow moments of the debate, Sunak said he admired Truss and that they were ultimately on the same team. Asked if he would work in a government headed by her, he answered in the affirmative. Truss also said she would “love” to have Sunak on her team if she becomes the prime minister.

The pair will continue their intense campaigning up and down the country as they appear at a series of hustings organised by the Conservative Campaign Headquarters. The winner will be elected by an estimated 180,000 Tory members, who are now making up their minds before casting their postal ballots from early next month. The ballot will close on the evening of September 2 and the winner will be announced on September 5.