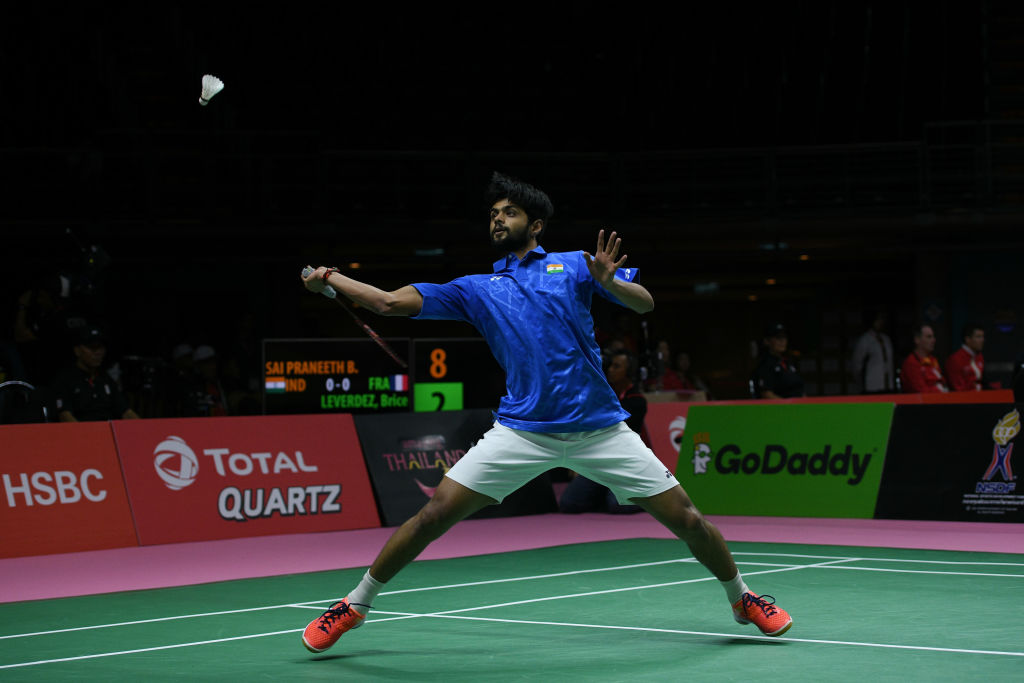 THE Indian men’s team on Tuesday (12) thrashed Tahiti 5-0 in Thomas Cup at the Ceres Arena in Aarhus, Denmark, to qualify for the quarter finals from Group C.

India beat the Netherlands by a similar margin in their first match of the group on Sunday (10) and are at the second place in the points table after defending champions China who have also beaten Tahiti and the Netherlands 5-0 each.

India did not let their guard down in the doubles as Krishna Garag-Vishnu Panjala pair thumped Glen Lefoll and Rossi 21-8, 21-7 and Tokyo Olympians Chirag Shetty and Satwiksairaj Rankireddy beat Maublanc and Heiva Yvonet 21-5, 21-3 to make it 5-0.

India will play China in the final group match on Thursday (14).