Yet another ODI double ton by an Indian: Shubman Gill blasts 208 against New Zealand, become youngest to touch feat 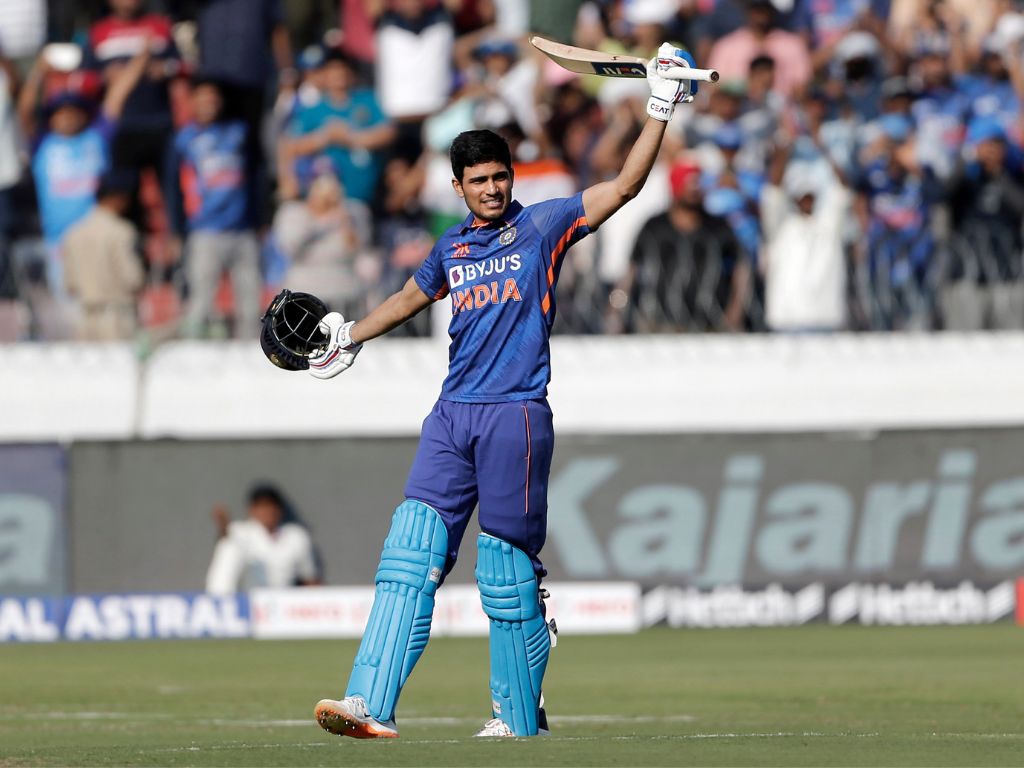 Twenty-three-year-old India opening batter Shubman Gill belted a double century in the first one-day international (ODI) against New Zealand in Hyderabad on Wednesday (18) in just 145 balls to create a set of records.

The right-hand batter became not only the youngest to achieve the feat but the scintillating knock of 208 off 149 balls saw him becoming the fastest to complete 1,000 runs in the format (19th match and innings), eclipsing the likes of Virat Kohli and Shikhar Dhawan.

Gill slammed 19 fours and nine sixes during his knock, three of which were consecutive off the bowling of pacer Lockie Ferguson towards the end of the innings. He was the eighth Indian wicket to fall with four balls remaining in the innings.

Gill became the fifth Indian cricketer to achieve the feat after Sachin Tendulkar, Virender Sehwag, Rohit Sharma, the current captain, and Ishan Kishan, who slammed his double ton recently against Bangladesh. Gill broke Kishan’s record to become the youngest to get a double century in the 50-over format. It was his third century in the ODIs.

India, who thumped Sri Lanka 3-0 in the previous ODI series, posted a mammoth 349 for 8 in 50 overs after Sharma won the toss and elected to bat.

There was not too much support for Gill during the Indian innings as the next highest scorer was Sharma who made 34 off 38 balls.

Kohli, who recently hit back form and scored his 74th international hundred, fell for only eight runs made in 10 balls.

Gill’s 208 is also the highest made by an Indian against New Zealand in the ODIs as it surpassed Tendulkar’s 186 made in Nagpur in 1999, the year the former cricketer was born.