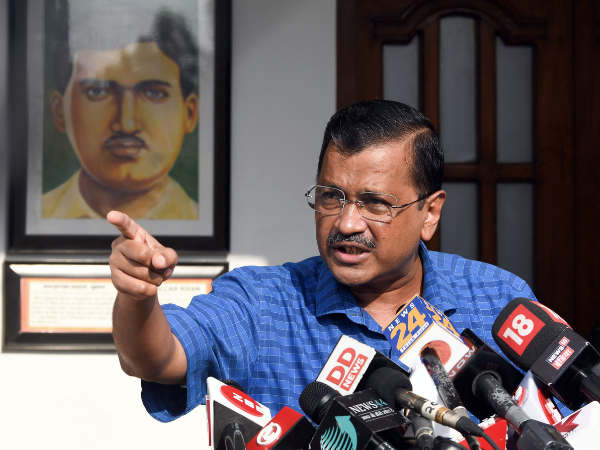 The Aam Aadmi Party (AAP) on Friday (25) said it will meet Delhi’s election commissioner to submit a complaint over an alleged conspiracy to “assassinate” the state’s chief minister, Arvind Kejriwal.

At a press conference, the AAP’s chief spokesperson Saurabh Bhardwaj said there have been attacks on Kejriwal earlier prior to elections despite the presence of Delhi Police personnel.

“The BJP’s two fortresses — Gujarat and MCD (Municipal Corporation of Delhi)– are about to be breached by the party. Fearing this, BJP MP Manoj Tiwari and other people have hatched a conspiracy to assassinate Arvind Kejriwal,” he alleged.

Bhardwaj said they would meet state election commissioner Vijay Dev at 12.30 pm to submit a complaint about the alleged threat by Tiwari and also file a police complaint.

Earlier in the day, Delhi’s deputy chief minister Manish Sisodia had demanded a probe into the matter.

A day after accusing the BJP of “hatching a conspiracy to assassinate” Kejriwal, fearing poll defeats in Gujarat and the MCD, Sisodia demanded a probe into it and said a complaint will also be submitted to the Election Commission.

Sisodia also claimed that the kind of language used by BJP leader Manoj Tiwari against Chief Minister Arvind Kejriwal on Thursday (24) is an “open threat”.

Reacting to the allegation, Tiwari said, “I am concerned about Arvind Kejriwal’s safety. Sisodia is reading an old script of the BJP conspiring to kill Kejriwal.”

“Kejriwal claims Sisodia will be arrested while Sisodia prophecies Kejriwal’s murder. I don’t know what is going on,” he added.