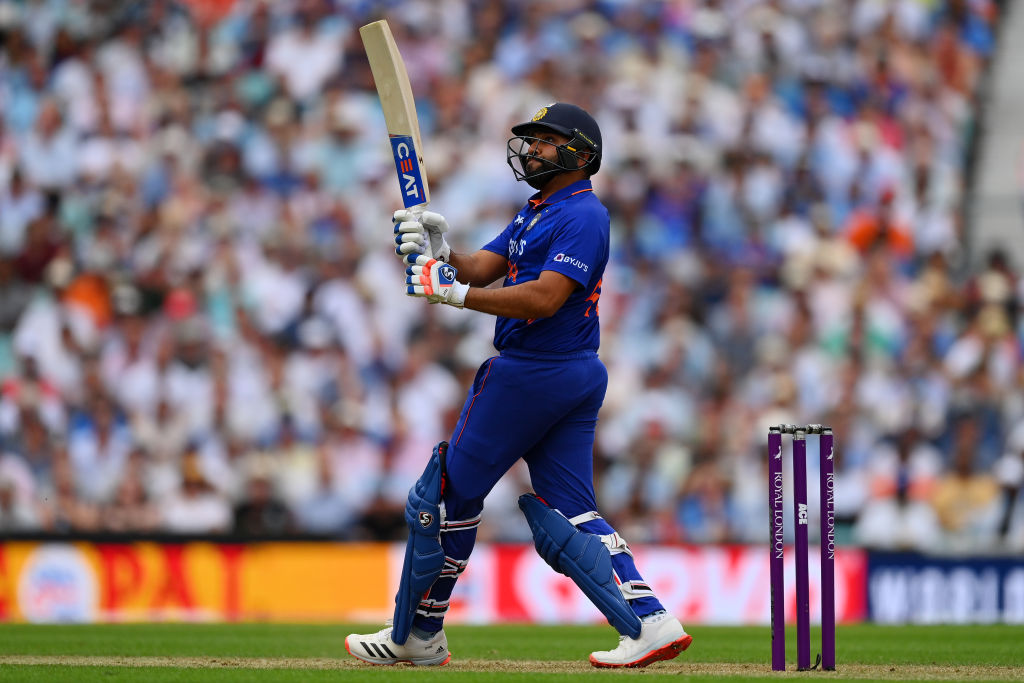 India captain Rohit Sharma, who missed the just concluded T20 series against Sri Lanka due to a serious thumb injury which he sustained during the recent tour of Bangladesh, has said that he has “not decided to give up” in the shortest format.

Hardik Pandya led India to a 2-1 win over the Lankans, fuelling the speculation that the 35-year-old Sharma’s days at the helm in the format are numbered.

Sharma, who will lead India in the three-match one-day international (ODI) series against the islanders starting Tuesday (10), said in a press conference, “We have only six T20Is, three are over. So we’ll manage, you know to look after those boys till IPL. Then we’ll see what happens after the IPL. But certainly, I’ve not decided to give up the format.”

“At the moment I think it was made clear in the past that it’s a 50-over World Cup year for us. And for some of the guys it’s not possible to play all formats.

“If you look at the schedule, there were back-to-back matches, so we decided on just looking at some players’ workload that we wanted to make sure that they get enough break time and manage them. I definitely fall in that (category) as well.”

The captain also revealed why ace speedster Jasprit Bumrah was ruled out of the ODI series on the eve of the first match in Guwahati in the north-eastern state of Assam. He said the pacer felt stiffness while bowling at the nets at the National Cricket Academy in Bengaluru.

The India captain said Shubman Gill will be his opening partner in the first ODI against Sri Lanka.

“Unfortunate that we won’t be able to play Ishan Kishan. We have to give Gill a fair run,” he said.

Apart from Sharma, senior batters such as Virat Kohli and KL Rahul will also be back in the team.

India have a packed ODI schedule this year in the run up to the next 50-over World Cup at home later this year.