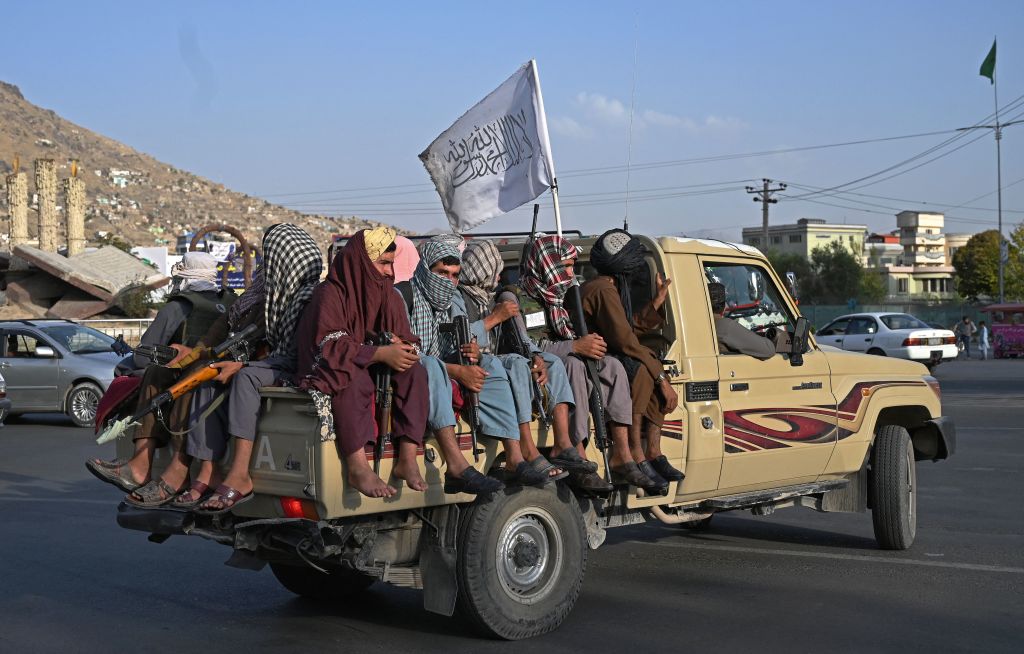 Taliban fighters in a vehicle patrol the streets of Kabul, the capital of Afghanistan, on August 23, 2021. (Photo by WAKIL KOHSAR/AFP via Getty Images)

WILLIAM J Burns, the director of the United States’ external intelligence body Central Intelligence Agency (CIA) held a secret meeting with the Taliban’s de facto leader Abdul Ghani Baradar in Kabul on Monday (23) in the highest-level face-to-face meeting between the two sides since the extremist group took over the Afghan capital on August 15, a media report on Tuesday (24) said.

The Taliban gained control of the country hours after president Ashraf Ghani fled the country and two weeks before the US was set to complete its troop withdrawal from the war-torn nation.

According to the Washington Post which cited US officials who spoke on the condition of anonymity, Burns met Baradar in the high-profile meeting and US president Joe Biden’s decision to send his top spy, a veteran of the foreign service, came in the middle of a frantic effort to evacuate people from Kabul in what the Democratic president called “one of the largest, most difficult airlifts in history”.

The CIA refused to comment on the meeting but the discussions between the two sides likely featured the impending August 31 deadline for the American military to end its airlift of US citizens and Afghan allies, the paper said.

The Biden administration is facing pressure from some allies to keep American forces in Afghanistan beyond the August 31 deadline in order to help evacuate tens of thousands of citizens of the US and western nations and Afghan allies who are desperately seeking to flee the Taliban rule.

On Monday (23), a Taliban spokesperson warned that there will be “consequences” if the US and UK tried to extend the August 31 deadline for the US-led troops’ withdrawal from Afghanistan.

Baradar, who spent eight years in Pakistani prison before his release in 2018, has served as the Taliban’s chief negotiator in peace talks with the Americans in Qatar that ended up in an agreement with the previous Donald Trump administration on the withdrawal of the US forces.

Burns, on the other, is one of the US’s most seasoned diplomats, a former deputy secretary of state who has also served as the US ambassador to Russia, the Post said. In April, the CIA chief made an unannounced visit to Afghanistan as concerns rose about the Afghan government’s ability to fend off the Taliban after the US’s pull-out, the daily said.