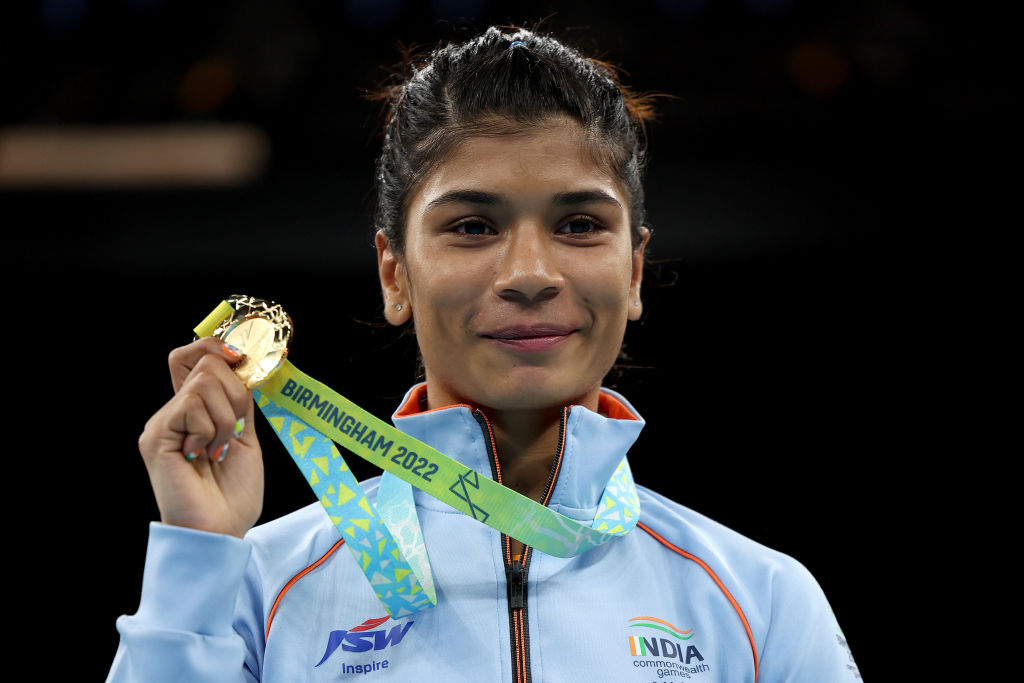 India on Sunday (7) continued with their impressive show at the ongoing Commonwealth Games in Birmingham with a number of medals, including gold.

India are now ranked fifth in the medal tally with 55 medals, including 18 golds, 15 silvers and 22 bronzes. Australia were leading the table with 64 golds, 53 silvers and as many bronzes.

ALSO READ: India make a hat-trick of gold as wrestlers have a field day

It was the second gold for the Indian table tennis team after the men’s team bagged the top medal beating Singapore 3-1 on August 2.

She won on basis of points by 5-0 over her English opponent. Ghangas was a notch above Resztan throughout the match. The English boxer was fighting well, but fell short in all three rounds as all five judges voted in favour of Ghangas.

India’s Amit Panghal won gold in the men’s flyweight category beating England’s Kiaran MacDonald on the penultimate day. This is Panghal’s second medal at the Games overall, having bagged a silver in the previous edition in Gold Coast, Australia.

Indian boxer Nikhat Zareen clinched gold in the final of the women’s 50 kg Light Flyweight category and said she was excited to meet prime minister Narendra Modi and added that she will take his autograph on her boxing gloves.

Zareen, who won India’s third consecutive gold medal of the day defeating Northern Ireland’s Carly MC Naul in the final of women’s 50kg (Light Flyweight) category, told Asian News International, “I’m very excited to meet him (PM Modi); I took a selfie with him last time & want a new one now. Last time, I took his autograph on my T-shirt, now I’ll take it on my boxing gloves,”