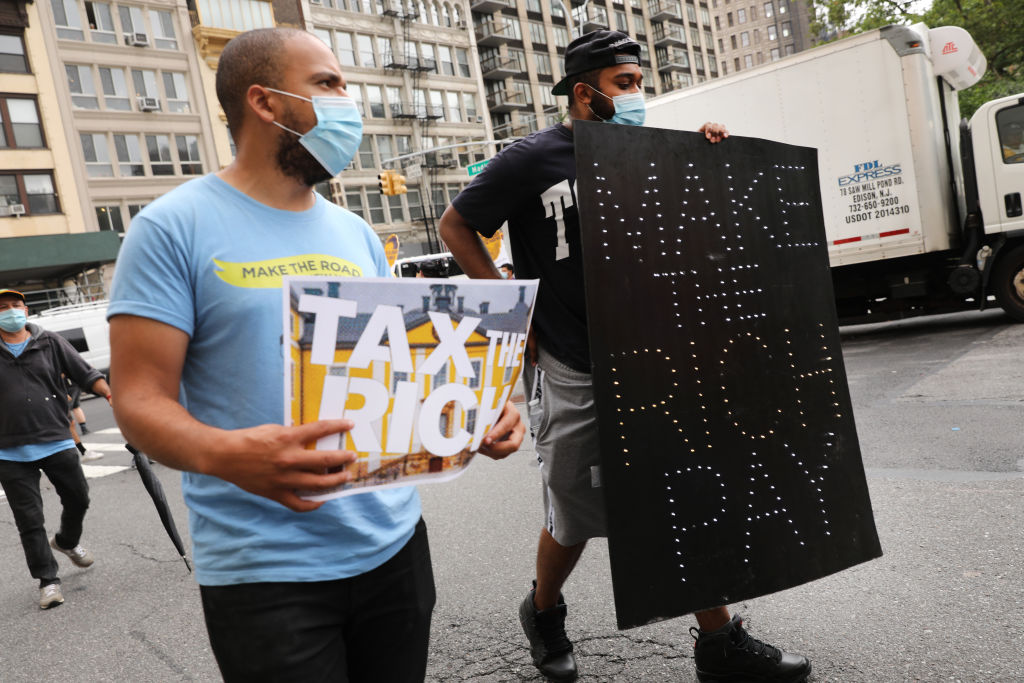 THE international response to Covid-19 pandemic has created 20 new “pandemic billionaires” in Asia even as 140 million people across the continent were pushed into poverty as jobs kept on vanishing during the trying times, Oxfam has said.

A report by the UK-based aid organisation has said that by March last year, profits from pharmaceuticals, medical equipment and services needed for the response to the pandemic had made 20 people new billionaires.

The Oxfam report said that the total number of billionaires in the Asia-Pacific region went up by almost a third from 803 in March 2020 to 1,087 in November 2021 and their collective wealth grew by three quarters (74 per cent).

The report added that the richest one per cent owned more wealth than the poorest 90 per cent in the region.

Mustafa Talpur, campaigns lead at Oxfam Asia, said: “It is outrageous and highly unacceptable that poor people in Asia [were left at] the mercy of the pandemic facing severe health risks, joblessness, hunger and pushed into poverty – erasing the gains made in decades in the fight against poverty.

“While rich and privileged men increase their fortunes and protect their health, Asia’s poorest people, women, low-skilled workers, migrants and other marginalised groups are being hit hardest,” he added.

In 2020, an estimated 81 million jobs were lost and loss of working hours pushed 22–25 million people into working poverty, according to the International Labour Organization.

Meanwhile, the Asia-Pacific region’s billionaires saw their wealth increase by $1.46 trillion (£1.06 trillion), enough to provide a salary of almost $10,000 (£7,300) to all those who lost their livelihoods.

The number of millionaires by 2025 is projected to be 15.3 million, a 58 per cent rise on 2020. Both the World Bank and International Monetary Fund have said that coronavirus will cause a significant rise in global economic inequality.

“The political system is protecting the interests of the tiny rich elite. Governments have consistently failed to work for the majority during the pandemic. It was the juncture of global solidarity, but rich countries and big pharmaceutical companies turned away their faces,” Talpur was quoted as saying by The Guardian.