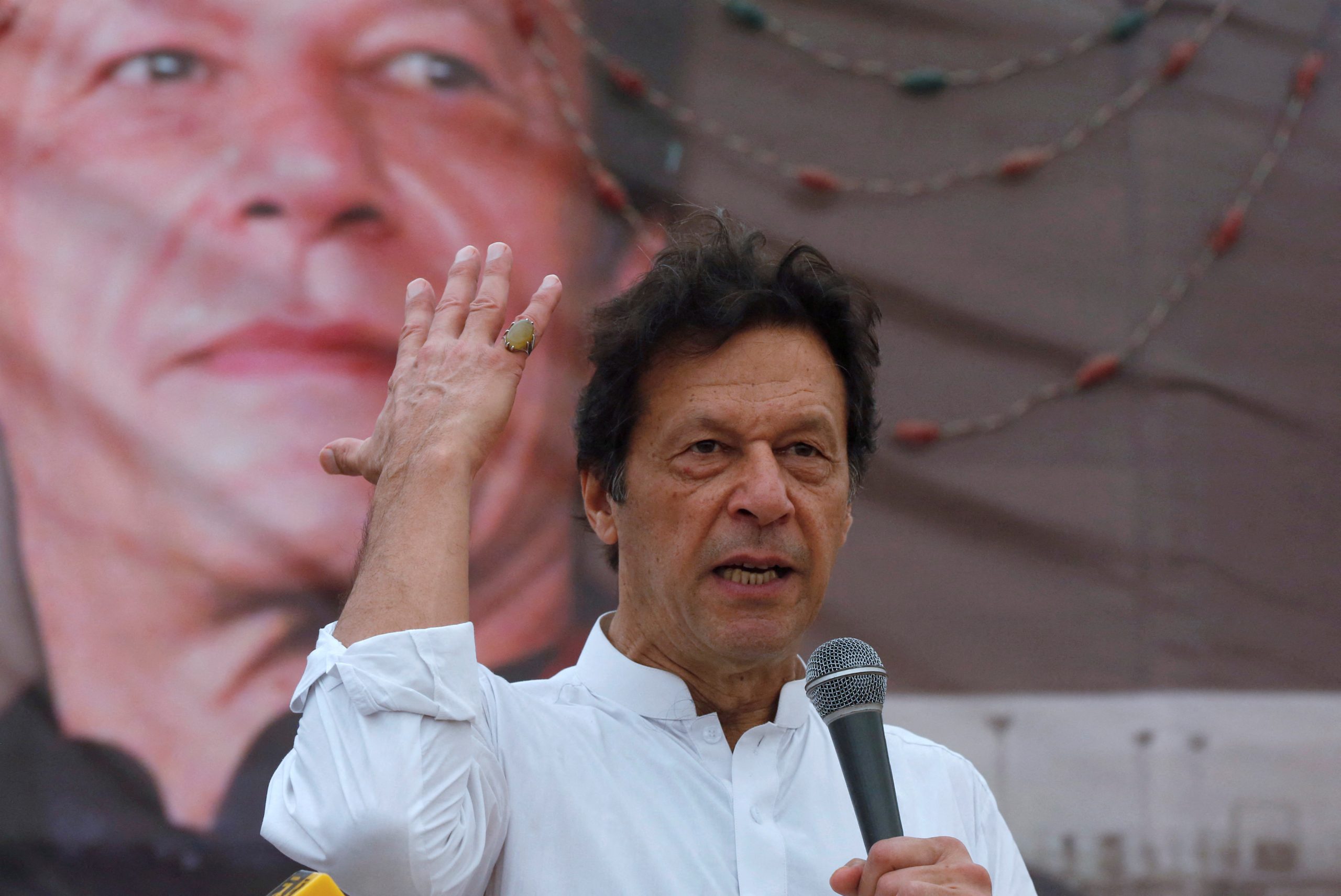 FORMER Pakistan prime minister Imran Khan has asked his country’s government led by Shehbaz Sharif to sever ties with India and boycott its products in connection with the controversial remarks that a leader of the country’s ruling Bharatiya Janata Party (BJP) made against Prophet Muhammad.

Speaking at a lawyers’ convention in national capital Islamabad, the 69-year-old supremo of the Pakistan Tehreek-e-Insaf (PTI) advised the Pakistani government, which he calls “imported” to mock the Sharif regime, to take a strong stand vis-a-vis the eastern neighbour.

Khan, a former cricketer, failed to complete five years in office as he lost power in April this year after taking over the reins in August 2018.

India faced flak from several Muslim nations, including the Arab world, and suspended Sharma and expelled Naveen Kumar Jindal, another member who also made derogatory remarks.

The veteran leader also accused the Modi government of deliberately pursuing a policy of provocation and hatred against India’s Muslims.

He said if some countries have taken a strong stand on India, Pakistan should also do the same. He lamented that New Delhi has been allowed to get away with its “Islamophobic policies”.

Prime minister Sharif, meanwhile, tweeted to condemn Sharma’s remarks and his government issued a strong demarche to the Indian Charge d’ Affaires in Islamabad and said the remarks were “totally unacceptable”.

The remarks have not only deeply hurt the sentiments of the people of Pakistan but of Muslims across the world, the Pakistan government said.

India responded to Pakistan saying the “absurdity of a serial violator of minority rights” commenting on the treatment of minorities in another nation could be seen by everyone.

The world has been witness to the systemic persecution of minorities including Hindus, Sikhs, Christians and Ahmadiyyas by Pakistan, it said.