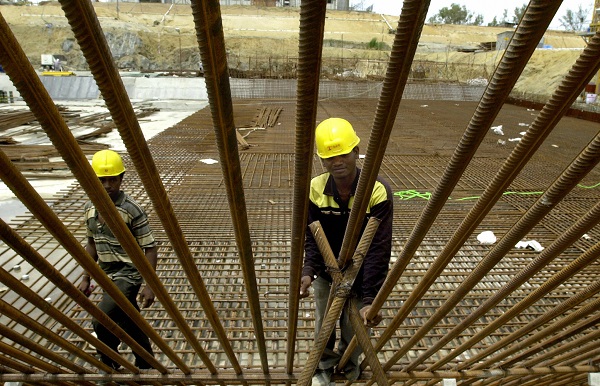 “We work on small profit margins in government contracts. The price escalation is in the range of around 25 to 30 per cent, which makes undertaking these works at this juncture unviable,” Ishfaq Ahmad, a government contractor, said (Photo: DIBYANGSHU SARKAR/AFP/Getty Images).

INDIA said on Friday (20) it would slash corporate taxes to among the lowest in Asia as part of its drive to kickstart the stuttering economy, sending the country’s stock market surging as analysts predicted a renewal of interest in the region.

Finance minister Nirmala Sitharaman said the main rate for domestic firms would fall to 22 per cent from 30 per cent as New Delhi aims to attract companies spooked by the China-US trade war that has hammered global supply chains.

The move looks to give a lift to the prime minister who faces increasing pressure to relight once-stellar economy after five consecutive quarters of slowing growth saw India this year lose its status as the fastest-expanding major economy to China.

Sitharaman said that to “attract fresh investment in manufacturing and boost Make In India” the tax rate for new companies would be cut to 15 per cent from 25 per cent, the Press Trust of India news agency said.

She told reporters the new rates would be “comparable with the lowest tax rates in the South Asian region and in South East Asia”.

The announcement sent shares soaring more than five per cent in Mumbai the biggest jump in 10 years while the rupee and firmed against the dollar.

Indian stock markets have been on course for the biggest quarterly exodus since at least 1999, with foreign funds having dumped a net $4.9 billion worth of stocks since June, Bloomberg News said.

Jeffrey Halley at OANDA said the cuts were “likely to re-energise investor interest in the sub-continent” after two and a half years “of slowing growth and disappointment in prime minister Modi’s reform progress”.

Authorities have in recent weeks rolled out a series of measures to boost the economy and battle grinding unemployment, which is at its highest since the 1970s.

Among its latest measures are lifting a ban on government departments buying new cars as it looks to support the auto sector, which saw sales dive 41 per cent last month.

The Reserve Bank of India (RBI) reportedly under government pressure has cut interest rates four times this year to a nine-year low, while New Delhi has also announced the merger of 10 state banks to try to ease pressure on lenders.

The government has also eased restrictions on foreign investment in four key sectors, including coal mining, in an effort to attract more overseas capital.

Ashutosh Datar, an independent economist, told the tax cuts were “long overdue as India has one of the highest tax rates in the world”.

And Rajiv Singh from Karvy Stock Broking added that after a number of “minor” changes, the government has finally announced, “a bold and major measure to revive animal spirits”.

Including surcharges, the effective tax rate will be 25.17 per cent, down by almost 10 percentage points from 34.94 per cent before, according to the PTI.

Friday’s move will make it more tempting for foreign companies operating in China that have been hit by the China-US trade war, which has seen both sides impose tariffs on goods worth hundreds of billions of dollars.

India and the US are also engaged in a trade spat, something which Modi will be hoping to soothe when he meets President Donald Trump at a “Howdy, Modi!” rally of Indian-Americans in Houston on Sunday.