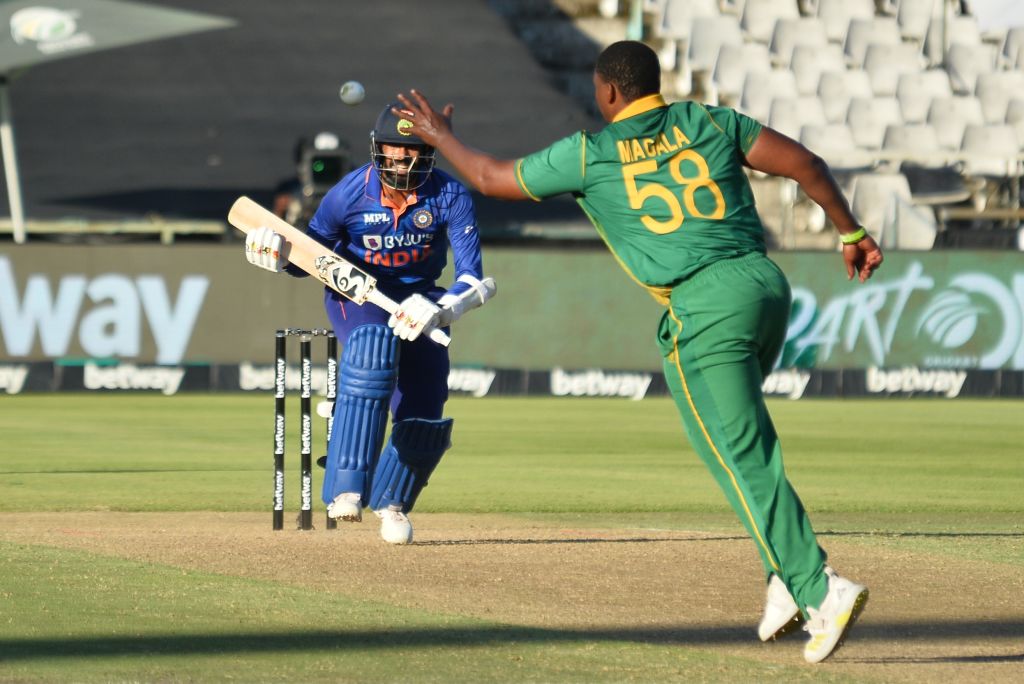 INDIA were whitewashed 3-0 by South Africa in the three-match one-day international series when they narrowly lost the third match at Newlands, Cape Town, by four runs on Sunday (23).

Chasing 287 to bag a consolation win after losing the series, the visitors failed to find the finishing touch despite a late surge from Deepak Chahar (54) and Jasprit Bumrah (12). Opener Shikhar Dhawan (61) and Virat Kohli (65) also made runs but yet India could not find a win after clinching the first Test in Centurion by 113 runs last month.

India captain KL Rahul (9) failed to score big along with Rishabh Pant (0) and loss of wickets at regular intervals hurt the visitors’ chase. They lost their seventh wicket at 223 after Dhawan and Kohli added 98 runs for the second wicket. Chahar and Bumrah then resurrected the fightback with a 55-run partnership for the eighth wicket but yet their team fell short.

India made four changes to their XI in the game and decided to bowl after winning the toss. Suryakumar Yadav (39) came in for Venkatesh Iyer, Jayant Yadav (2) for Ravichandran Ashwin, Chahar for Shardul Thakur and Prasidh Krishna (2 not out) for Bhuvneshwar Kumar.

Earlier in the day, the Proteas were propelled by wicket-keeper-batter Quinton de Kock’s brilliant 124 and Rassie van der Dussen’s 52 to post a total of 287. David Miller chipped in with 39 after the hosts were reduced to 70 for 3 in the 13th over. South Africa were looking strong to post a 300-plus total after de Kock and van der Dussen put up a partnership of 144 runs but once Bumrah sent de Kock back and Yuzvendra Chahal dismissed van der Dussen, they lost quick wickets and were eventually bowled out in 49.5 overs. A 44-run partnership between Miller and Pretorius (20) for the seventh wicket saw the Proteas reaching a total of 280-plus.

It was de Kock’s 17th hundred in one-day internationals and the sixth against India. He had scored three consecutive hundreds against the Asian side in his first three matches in 2013. Only former Sri Lanka captain Sanath Jayasuriya has scored more one-day hundreds – seven — against India.

Krishna was the most successful Indian bowler with three wickets for 59 runs while Chahar and Bumrah picked two each.

The 0-3 scoreline is the worst India faced against South Africa in their den since the 0-4 defeat in 2006-07 in a five-match series.

It was also for the first time since 2019-20 that India faced a whitewash in a 50-over series. Last time, they were handed such drubbing by New Zealand.